The plot thickens with the Capitol chaos narrative. CNN, NPR, and NBC work to distance themselves from Jade Sacker, a photojournalist who has worked extensively with these mainstream media outlets. Her videos are being cleansed from the Internet after news broke that she may have been directly involved in the instigation of riots at Capitol Hill on January 6th, 2021.

BREAKING: CNN’s Jade Sacker penetrating the Capitol with a member of BLM/Antifa cheering, “We did it!” And then asking her conspirator if he was filming, he said he’d delete it, he lied. CNN was in on it. pic.twitter.com/FVhotiAwcP

On Thursday, federal prosecutors announced charges against John Sullivan, a self-described Black Lives Matter left-wing activist who recorded the fatal police shooting of a Trump supporter inside the U.S. Capitol last week. Sullivan, the founder of a group called Insurgence USA, which formed in the aftermath of George Floyd’s death, is charged with illegally entering the Capitol, civil disorder, and violent or disorderly conduct on Capitol grounds.

Snopes – says that Jade Sacker does not work for CNN. A spokesperson for CNN reiterated this point to us in an email, writing: “Jade Sacker has never worked for CNN.” However, on the evening of January 6, 2021, Sacker appeared on “Anderson Cooper 360” alongside John Sullivan from BLM to talk about what they saw during the Capitol riot. Specially, these two appeared on the network to discuss a piece of footage captured by Sullivan that showed the shooting death of a woman inside the Capitol. 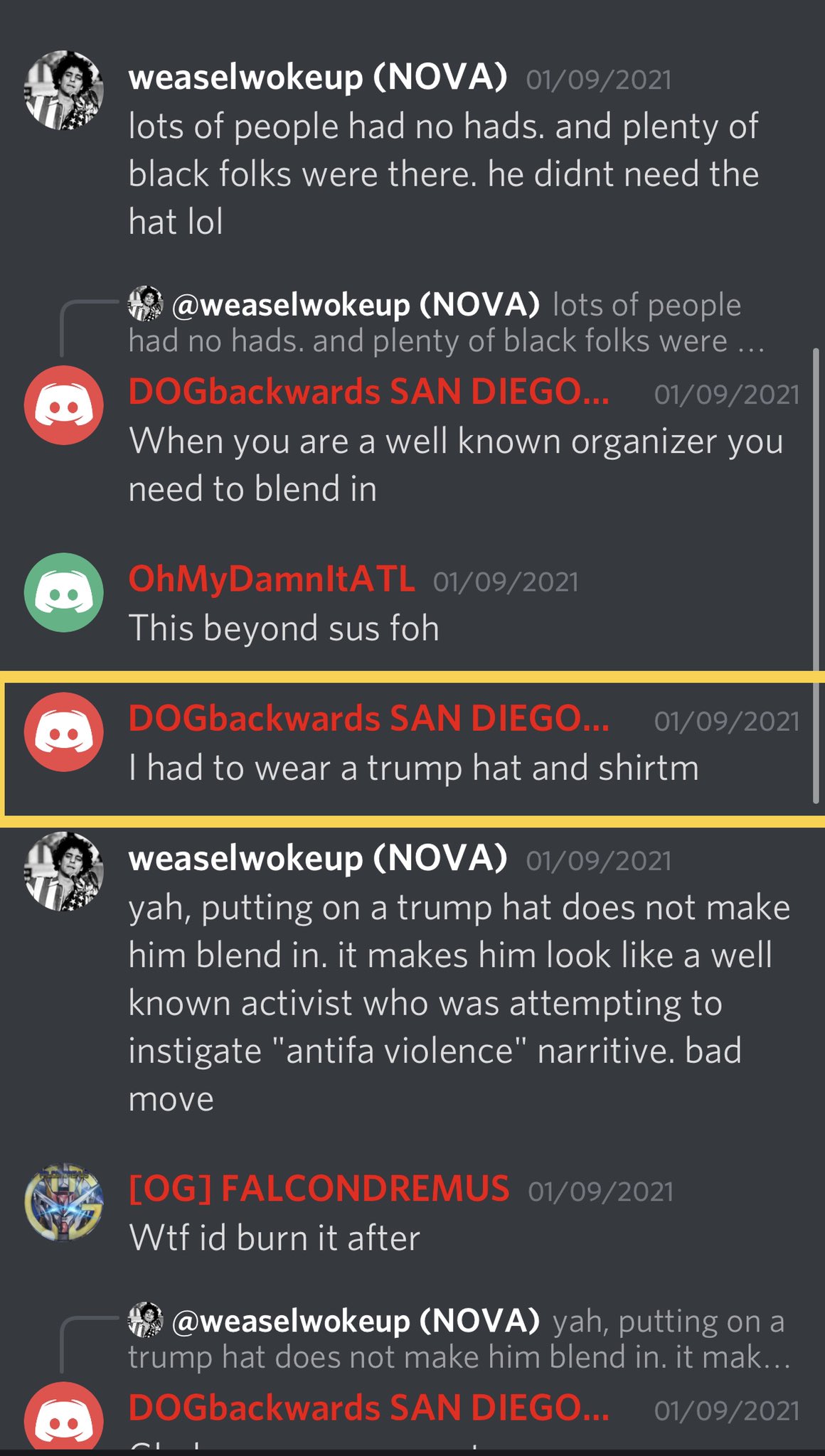 However, Jade Sacker indeed has extensive relationships in mainstream media. Most likely, CNN knew of her prior to January 6, 2021. Sacker does have relationships with NPR, and she has done previous engagements with them here and here. Here is some of her work done for Yes Magazine. YES! is a nonprofit, independent publisher of solutions journalism. See Sacker’s work here for CNBC. Sacker also has a relationship with Atlas Obscura – see work here done for them. Atlas Obscura has been promoted in past stories by CNN.

From the videos and information produced by CNN, Jade Sacker and John Sullivan have some type of relationship. Snopes may be correct in saying that Jade Sacker does not work directly with CNN. However, it is well known that large mainstream media companies work through a network of independent journalists.

The National Pulse – reports that the Discord chat channel is allegedly affiliated with Sullivan’s Insurgence USA group, which describes itself as “forming a rainbow coalition to unite all people under one banner to fight for liberation and freedom for all people.” “We are the revolution, lets [sic] show them the power of the people united,” the group’s page adds. The chat logs corroborate the recent federal charge against Sullivan, noting he didn’t attend the riot to “report” but rather serve as an agent provocateur.

It is apparent that John Sullivan being a Black Lives Matter left-wing provocateur, Jade Sacker is now implicated as well. Both may have had prior knowledge of the Capitol chaos. And CNN? Just how deep does this rabbit hole go? It is not the first time CNN has been accused of having prior knowledge of news story events – remember Roger Stone?

Is it possible that CNN merely stumbled into this relationship? Or part of it? Given the incestuous relationship of mainstream media and a well-connected photojournalist, it bears investigation. It is no secret of CNN’s disdain for the Trump administration. We are being told by many of our leaders that the incident on January 6th, 2021, was so horrible that it warranted the impeachment of a president. So there is motive.

CNN, what do you know, and when did you know it? One can not be too hopeful we will ever get the true story seeing how the mainstream media has been so complicit in creating narratives to support one side of the political spectrum. This especially will be true with a Biden administration’s Attorney General and FBI that will want this story buried.

Is it no wonder that confidence in government is so low?