Senator Mitch McConnell, the shameful member of the Ancient Infamous Order of Judas Iscariot (AIOJI), revealed his true calling—traitor, whose main claim to fame is backstabbing. He confirmed to all that he is one of the oldest and most dangerous of the Swamp Creatures. He, Mitt Romney, Liz Chaney, and others (members of the same club) seem to be desirous, determined, and dedicated destruction of the GOP. No weeping here since I left the party decades ago because they were so similar to the Democrats.  It is not healthy for our republic to have two political parties taking almost the same positions. The difference is only in the degree.

Since the AIOJI membership requirements are embarrassingly low, it is easy for shameless politicians to be accepted. I understand that membership is automatic for cutthroats, child molesters, traitors, turncoats, and terrorists. Those on the left are associate members without applying for membership. Any Republican or Democrat who votes for Trump’s impeachment easily and quickly qualifies for membership in the Judas Order with the entrance fee waived.

I assume all self-respecting decent people will shun such reprobates without fear of being labeled self-righteous.

RINOs have survived by merely being less offensive, less objectionable, and less obnoxious to ordinary people. While they are against abortion up to delivery, they are not against abortion. And they sure won’t fight about it. I think killing innocent babies is worth fighting about. RINOs and some Democrats agree that abortion may be worth getting mad and stamping your feet, and perhaps even holding your breath since aborted babies lose their right to breathe. But, one can make too much of a losing issue, we are told. Killing babies is not worth losing an election or causing the opposition to lose face. And Democrats can always be expected to push the Planned Parenthood agenda.

Under Biden and what’s-her-name, we can expect many more abortions (even internationally) with taxpayers financing them through taxes. There is no question about this administration’s leaders being card-carrying members of the Judas Order.

RINOs are proud to claim a pro-family position; however, they refuse to take a clear-cut position on same-sex “marriage” (the radicals get indignant when I put quotes around marriage, but they’ll get over it, and if not, who cares). When forced by pushy conservatives to be more explicit, the soft Republicans suggest that a long-term homosexual relationship is better than hundreds of one-night-stands. That statement is wrong on its face, but most homosexuals in a “long-time relationship” reserve the right to reserve one or two nights a week for “extracurricular activities” with the boys at the local bathhouse. The LGBTQ crowd is too dumb or too dishonest to admit that fact.

A fair, honest, and brave reporter asks, “Do you think homosexuality is evil under all circumstances?” I don’t know a reporter willing to ask that question, and I don’t know a politician who will answer in the affirmative. And none are willing to use the correct and biblical term sodomy. My Dad would have called them gutless wonders.

As a member of the Indiana House of Representatives, I used biblical terms such as sodomy, but you’ll note that I am no longer a member of that august body.

If you think Trump was soft on perversion (and he was), wait until the new administration gets into high gear. Any “loving” relationship will be legal and acceptable, like maybe polygamy, polyandry, polyamory, promiscuity, or perversion or even a “loving” relationship with your favorite goat could be permitted with the caveat that no force is ever used. Radicals tell us their perverted, permissive, and progressive position is realistic since there is no recognized, reasonable, and reliable standard upon which such moral decisions can be made.

Well, there is a standard, and it starts with an uppercase B.

Soft Republicans are willing to vote against men who pretend to be women; however, the reason is usually pragmatic—the cost of remodeling all the restrooms, the confusion, etc. But they never opine that it is a mental aberration for a man, with all the right physical equipment, to pretend to be a female. Moreover, most politicians refuse to admit that it is insane to expect taxpayers to pay for surgery to chop off healthy and perfectly working organs that suggest maleness.

There are already indications that children who have surgery and get gender-changing hormones realize they have been irreparably damaged and mutilated. Moreover, they have significant bouts with suicidal feelings. When this tragedy becomes common, irrefutable knowledge (as it already is with educated people), it will be interesting to watch the proponents of sexual mutilation defend their quasi acceptance of modern medicine. It is reminiscent of witch-doctors with beating drums around a jungle campfire, shaking their gourds as they ply their cures consisting of ground chicken bones, monkey livers, and hippopotamus blood—with a pinch of garlic.

The same “doctors” who defend gender-changing are the same crowd as physicians who support lobotomies, shock treatment, leeches, and bleeding. But not to worry, they are board-certified.

With the Biden team in place, we will see a massive effort to continue making race the center, the cause, and the culmination of everything. Biden’s lineage is Irish and French, but he may declare himself black and trace his Irish-French lineage to imaginary Irish Hottentots from present-day Cape Province, South Africa. Or better yet, he might trace his linage to France via the Ivory Coast where he could claim a direct linkage to slavery! Wow, what credentials.

We have seen many attempts in America where history has been rewritten to make all Blacks feel good about themselves. It is forbidden to laugh when we are told that Beethoven was black, King George III’s wife was black, and that the Pharaohs of Egypt were black, thereby giving Blacks credit for one of the most ancient empires on earth.

There is a kernel of truth to the black Pharaohs’ myth, but it does not encourage black superiority when the truth is revealed. Egypt was founded in 3300 B.C. and held black Nubia as a colony; however, in the eighth century B.C., the Nubians marched about 700 miles north to Thebes (Egypt’s religious center) and took control. However, Egypt was already well over 2000 years old, an ancient empire. The Blacks of Nubia ruled Egypt for sixty years under five “black pharaohs.” The black rule did not add to the empire; instead, it began to collapse. This is documented by The Children of Ra: Artistic, Historical, and Genetic Evidence for Ancient White Egypt, which supports the contention that Egypt’s founders were of European racial stock.

The Biden team has committed itself to pay reparations to living Blacks for more than 200 years of slavery even though all Blacks don’t have a slave ancestor; moreover, many Blacks are wealthy; furthermore, none of us living today have any culpability in the slavery issue. Here is one good-old-boy who has no guilt for slavery or the mistreatment of anyone, anywhere, at any time. None.  I’m embarrassed about slavery and embarrassed that some professing Christians were slave-owners, but I have no guilt.

Furthermore, let me suggest if the Biden-Harris administration promotes the lunatic lurch to the left, especially with these issues dealt with here, it will universally anger, antagonize, and alienate American taxpayers. Consequently, Americans will simply refuse to fund the shocking, shameful, and senseless government programs. The tax coffers will become empty as Biden’s head.

Some say the Ancient Infamous Order of Judas Iscariot morphed into the Deplorable and Disgraceful Order of Benedict Arnold, but such people have only a cursory acquaintance with history. The AIOJI is still viable, vainglorious, if not a visible reality. Readers of the daily news see this every day as AIOJI members strut through Congress’ hallowed halls.

I believe McConnell, Romney, Biden, Harris, et al., get their instructions from the same source Judas Iscariot did.

Interestingly, when Judas was proved to be a traitor, he went out and hanged himself. Now, that is a little extreme, although it would have the same effect of being a benefit to society. I’ll be satisfied if the members of the Ancient Infamous Order of Judas Iscariot simply resign. If not, then sane voters should take care of that at the next election. 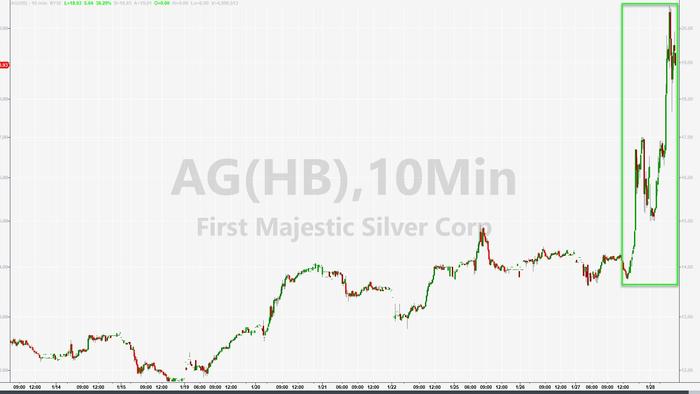 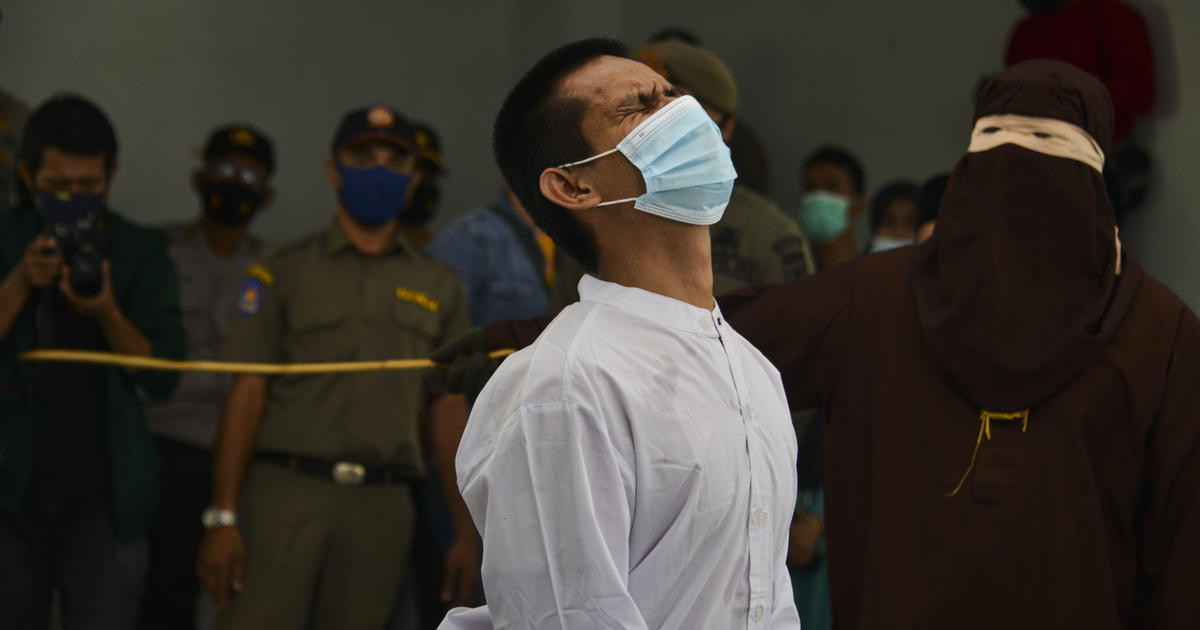