In his first sit-down interview with a network since his swearing-in, CBS Evening News anchor Norah O’Donnell gingerly batted softballs at Biden, whose swing never made contact. Probing the newly elected occupant of the West Wing was never the goal of the exchange, rather serving up the narrative to influence public opinion was the mission. Allied media do relish a chance to bash the former occupant of the White House, and this tête-à-tête delivered.

Assignment in hand, O’Donnell lays up :

O’Donnell: “What is your worst fear if [Trump] continues to get these intelligence briefings.”

Did you catch that? Joe Biden, former US Senator, Vice President, pathological liar, and now Mr. 46 – is worried about President Trump’s tongue slipping as a national security risk. Who has loose lips, Joe?

During a lead up to the 2012 Presidential Election, The Obama/Biden administration spiked the football in the assassination of Osama bin Laden for political expediency. The number one man on the terrorist target list since 911 was Osama Bin- Laden, and in early May 2011, a US forces raid was successful in Pakistan, resulting in bin-Laden’s demise.

On May 1, 2011, President Obama announced the death of Osama bin Laden. The specific words he chose to inform the American public, and the world, were to describe crediting the action to a “small team of Americans.”

On May 3, 2011, while speaking at an awards banquet in Washington, Vice President Joseph R. Biden Jr. did the unthinkable. He publicly revealed the identity of the special-operations unit responsible for bin Laden’s killing. The pertinent remarks:

“Admiral James Stavridis … can tell you more about… the incredible, the phenomenal, the just almost unbelievable capacity of his Navy SEALs and what they did last Sunday… I’d be remiss also if I didn’t say an extra word about the incredible events, extraordinary events of this past Sunday.  As Vice President of the United States, as an American, I was in absolute awe of the capacity and dedication of the entire team, both the intelligence community, the CIA, the SEALs.”

The Right Wire Report is well aware that when Biden announced his run for the 2020 presidency, the leftist funded fact-checkers and complicit media went into hyperdrive to clean up Biden’s reckless and dangerous handling of national security. They cherry-picked the fact he did not specifically name individual Navy SEALs names as proof Biden had not revealed classified information.

This spin is beyond offensive considering how US Special Forces function – Clandestinely. The Naval Special Warfare Development Group, DEVGRU, commonly known as Team Seal Six, is not just another Special Forces unit. This is post 911, in the theater of Afghanistan and Iraq prior, dealing with a cunning and ruthless adversary – The Taliban and al Qaeda. Anonymity is critical to maintaining one’s life, completing the mission, and securing the health and welfare of all family members connected to the Team.

DEVGRU, and all of its subsequent groupings, are responsible for the most significant turning points in SP warfare history post – 1980, and their raids and intelligence gathering capabilities have saved countless lives. These are exceptional human beings trained and conditioned to complete miraculous and heroic feats. “looking over their backs” would be easy if that is all that was required to escape the targets on their backs on a good day. No, they must be outlines of fading shadows and 12 steps ahead on and off the battlefield to maintain their safety and those they love.

Straight up – VP Biden’s words identified which Special Forces. He did not need to give the number “six” because the region where the raid took place makes that a given. There are many different US SP Forces from all branches in that region, which made it difficult for Jihadists and al Qaeda sympathizers to narrow specific identities for hunting. But once the SEALs were named, any intelligence agency (or terrorist network) could easily determine that it was Team Six. The location of their home base — and thus their families were exposed to an imminent threat.

The parents of Aaron Vaughn, a member of SEAL Team Six who was killed in the Tangi River Valley in Afghanistan in 2011, three months after Osama was killed, said that the entire team was put in danger because the Obama administration leaked the name of the unit that killed Osama bin Laden. Aaron’s father wrote a stunning book about this ordeal – read here. Aaron called his mother, Karen, the day after Biden’s remarks to warn them:

“There’s chatter, and all of our lives are in danger, including yours, Mom.”  “Mom, you need to wipe your social media clean of any reference to me or any of my buddies. Just disconnect completely.”

Check out the video below:

The Vaughn’s are not the only SEAL family that blames the Obama/Biden administration for what they believe was a target placed on their son’s backs – read more here.

The SEAL who claims to have fired the shot that took out bin-Laden slammed Biden in a tweet:

You said “no” to the bin Laden raid. Then you announced “SEAL Team Six” when we did it. I still had my body armor on when you turned my life around. How dare you… https://t.co/EveMzo0qUE

The families have called the Pentagon liars, and a congressional hearing was deemed a cover-up. The issue is too complex to backfill in this article, but the alleged accusations connect a string of events in the region, including Benghazi, to the tragedy.

The general hypothesis is that Hillary Clinton’s State Department and the CIA were facilitating weapons (RPGs and Manpads ) in Libya that fell into the hands of those who then used them to target Extortion 17. There was no known capability of the Taliban using those sophisticated weapons until the day of the ambush on the helicopter. For those who would like a very deep dive on this issue, reading “The Benghazi Brief” here will enlighten as well connect some dots.

For those who want a brief overview, I offer this gut-wrenching  parent’s testimony:

The new normal we all find ourselves living these days means the Obama/Biden/Clinton Amigos never seem to be held accountable for any of their actions. Hillary Clinton got away with Benghazi and her server/email scandal. Obama/Biden spied on their political opponent weaponizing the intelligence agencies, and all three played a role in the political coup attempts on President Trump.

“The existential threat, dangerous and reckless “Commander in Chief is 46, not 45. President Trump did not flap his gums and put our SEALs at risk leading to our finest heroes being wiped out of the sky, Joe – that was you.

You could not keep your mouth shut, and your arrogant stupidity slipped out. 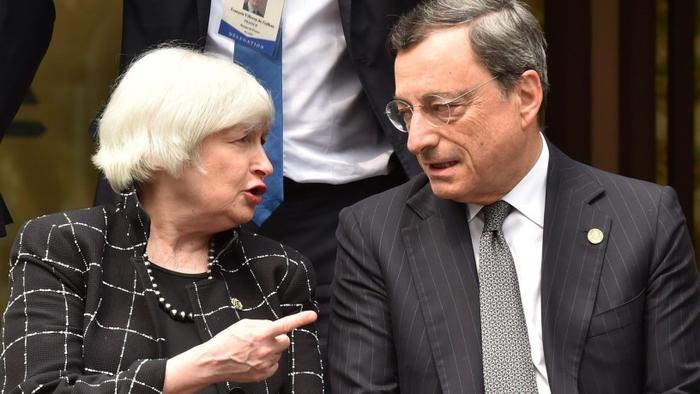