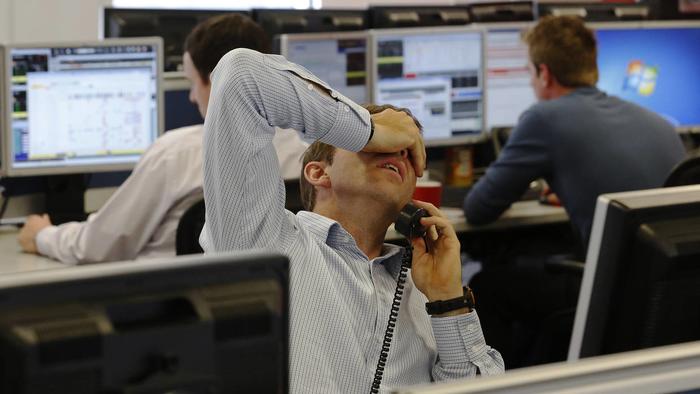 Just nine short months ago, in May 2020, the market did something it had never done before: it pushed Fed Fund futures for January 2021 negative, meaning that last spring bond traders were betting that sometime around today, overnight rates in the US would be negative as the US economy entered the final stretch of its Japanification implosion. 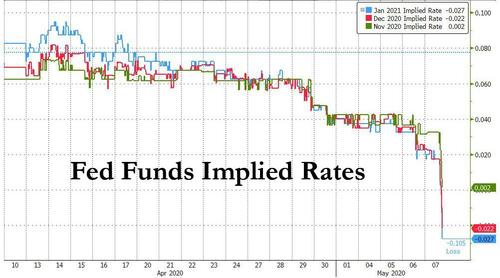 Since then things haven’t quite worked out as expected, with long rates rising sharply and the 30Y today briefly breaching 2% for the first time since February 2020, on the back of surging breakeven rate, which rose by 1bp point to touch 2.21%, eclipsing a 2018 high of 2.2078%, and rising to the highest level since 2014 as markets increasingly price in far higher inflation over the next decade. 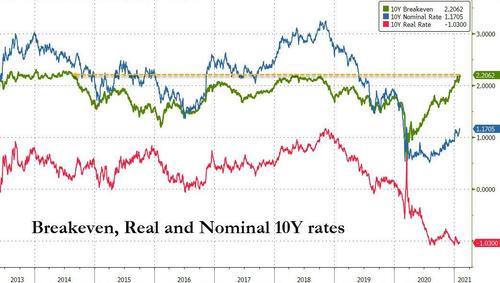 And while the market would love to have its bubble-blowing zero-interest rate cake and eat it too for the next several years – as the Fed refuses to hike rates for the foreseeable future now that it is prepared to let the economy “run hot” indefinitely – that is unlikely to be the case especially with BMO calculating that just the surging price of commodities is already tantamount to a 4% headline inflation. 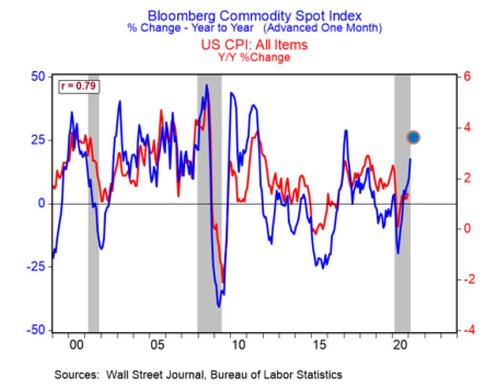 And sure enough, already we are getting the first rumbling of what could be the next market crisis (which, recall, will be catalyzed by sharply higher inflation which will force the Fed to taper QE first and eventually to hike rates).

In a note published this afternoon, Goldman hiked its assumption for additional fiscal measures to $1.5 trillion…

With the passage of the budget resolution (Feb. 5), Congress has completed the first of two steps to provide additional COVID-relief funding along the lines of President Biden’s proposal.Next, committees will draft and vote on legislation. We expect this late in the nweek of Feb. 8. At this stage, we will learn much more about the details, size,and timing, of particular provisions.However, the key decision might not be made for another few weeks, when the Senate is likely to take up its version of the COVID-relief bill. By that point,centrist Democrats who have been the limiting factor on the size of the bill will need to decide how large a bill they are willing to support. We think this amount is likely to be higher than the $1.1 trillion (5% of GDP) wenhad previously assumed, and we are raising of assumption for additional fiscal measures to $1.5 trillion (6.8% of GDP)

At this point, it becomes clear that last week’s warnings from Larry Summers and Olivier Blanchard that the US economy is set to overheat are clearly coming true, which is also why Goldman has to anticipate how the Fed will response to this outlier growth, and inflation.  And it does so in a way that is unlikely to be welcome by the market, because whether it wants to or not, Goldman has to concede that such scorching GDP growth will inevitably mean an earlier tightening by the Fed, and sure enough this is what the bank’s chief economist Jan Hatzius has forecast:

In light of the upgrade to our growth forecast, the larger-than-expected decline in the unemployment rate in January, and signs of a firmer inflation outlook, we have brought forward our forecast for the first rate hike from the second half of 2024 to the first half.  We expect the FOMC to start tapering its asset purchases in early 2022.

Since every other banks tends to immediately imitate anything that Goldman’s econ department proposes, we expect that in the coming days we will see a barrage of sellside reports predicting that the first rate hike will be pulled back to early 2024 (or even late 2023 by those banks who really want to impress their clients with their originality), and while stocks will likely ignore this truncated tightening calendar for now, it is only a matter of time before trader euphoria pops once the realization that the Kool-aid is coming to an end starts becoming the dominant narrative.

The only caveat is that since nobody really knows how long the Fed will allow the economy to “symmetrically” overheat as per its recent Average Inflation Targeting adjustment, those betting that the bubble bursting comes any time soon will likely end up facing substantial losses. Our advice: wait for the Fed to start leaking trail balloons of “first rate hikes.” That will be the hawkish signal that it’s finally time to get out of Dodge. 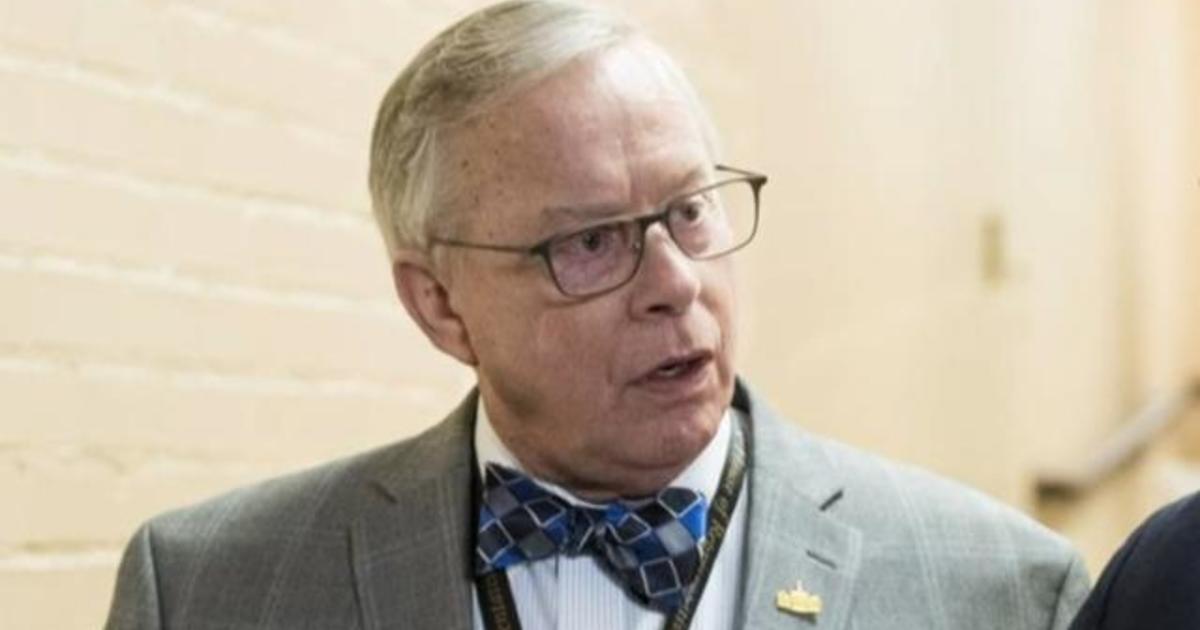 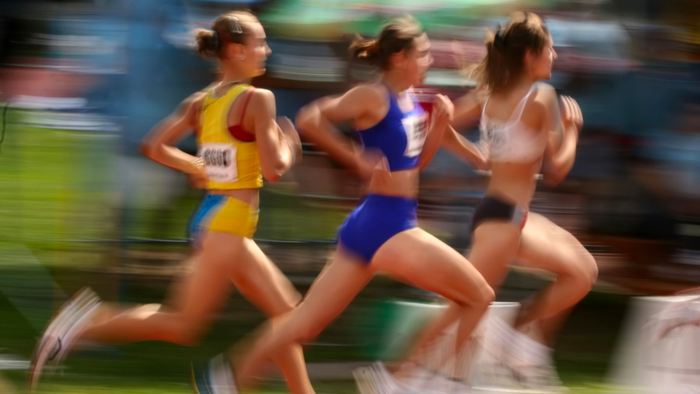