How many more days must we be made to tolerate this insufferable spectacle of lies?

Unfortunately, there is no definitive answer as it depends on if witnesses are called going forward. If they are this process could take months! The Right Wire Report predicts that Biden’s handlers cannot afford for the Senate to be offline too much longer preventing the legislative agenda from being passed, so a fair estimate after this week, maybe another full week. Democrats have their back – up plan in the likelihood of no conviction, read here. This has always been about ensuring Trump could not be their political opponent again in 2024 and decimating the only effective political movement the Republicans have – MAGA. Watch full day two coverage here.

Impeachment Manager Rep. Raskin  theatrics were back in full swing.

Rep. Raskin on former Pres. Trump: "When his mob overran and occupied the Senate and attacked the House and assaulted law enforcement, he watched it on TV like a reality show. He reveled in it." https://t.co/K4aQT8zx7B #impeachmenttrial pic.twitter.com/VxDNRbBPlN

All eyes are on the Senate, but the House’s work to ensure accountability for the white supremacist insurrectionist attack on our Capitol is not done.

We must pass H.Res. 25 to investigate and expel any members of Congress who aided and abetted in inciting the coup attempt.

Hint there is zero evidence to date that any member of Congress aided and abetted inciting a coup attempt. This is the same bigot who stood in the House Chamber and called all Trump supporters White Supremacists.

This question’s premise is a complete falsehood. There is no evidence that any police officer was killed by any person at the Capitol Riot on Jan. 6th. The entire Democrat/Media/Big-Tech narrative that 5 people were “killed by the mob” is an example of utilizing propaganda to implement a brilliant PSYOP on Americans. Tucker Carlson reviews these facts in this opening:

Rep. Neguse also made the unverifiable claim that Trump knew he would lose the election and started “planting seeds for what he would claim was a rigged election ” in advance before election day. Neguse then preposterously claimed that a political leader’s encouragement of supporters to attend activist events is somehow evidence of guilt. How many Democrat politicians promote and attend activist events like; Planned Parenthood Pro-Choice, Anti-Scotus pick protests, BLM, Pro-Union, Pro-Illegal Amnesty/ Immigration, Anti-second amendment, and such.

Impeachment Manager Swalwell, aka, China spy honeypot dude, again made the false claim that Trump lied to supporters and that there were no election integrity issues, saying ” Trump’s false claims” despite evidence that supports Trump’s statements, see here, here, and here.

Rep. Stacey Plaskett: "When asked to condemn the Proud Boys and white supremacists, what did our president say? He said, 'stand back and stand by.'" pic.twitter.com/coG0kf4qJ4

Rep. Plaskett then introduced another debunked claim that Trump supporters tried to run the Biden /Harris bus off the road in Texas and Trump tweeted and glorified that act. The San Marcos Police Department made a statement indicating that it was not the Trump supporter’s black truck that cut off traffic and it was a white SUV unrelated to the Trump caravan and factually was with the Biden Bus caravan, read here.

The Right Wire Report could continue to dot out in a row each and every false premise or lie the Democrats stated on day two of this Impeachment Trial – but frankly it is exhausting.

We shall include Day one’s summary here, and a video of Sean Hannity’s show where he used video to juxtapose the absurd claims the Impeachment Managers made against President Trump to the actions of Democrat elected officials, many were present in the chamber. It is a well-sourced legal presentation and we hope Trump’s legal team is gathering the boulders being flung at them. The Trump legal team will soon have their day to put on Trump’s defense but day two was not that day.

In a world of make-believe and Stalin’s “useful idiots,” the Democrats/Media/Big – Tech seem to have free range to lie, gaslight, indoctrinate and oppress the American people. But take heart intellectually honest patriots the spell is wearing off perhaps?

that lawmakers were involved + The official said the task force is reviewing whether there was foreign support to include money, and on social media, but the official said no conclusions reached.

“If investigators conclude that foreign interference took place on Jan. 6, this would not be the first time another country attempted to influence America’s elections. Back in November, former Department of Homeland Security Secretary Jeh Johnson warned about foreign adversaries attempting to meddle in the 2020 presidential election.

Law enforcement officials have said the riots prove the attack on the Capitol was preplanned. Based on the concerns of foreign interference and a premeditated attack, Democrats’ push to impeach President Trump for “insurrection” are becoming even more farfetched. “

As incredible it may be to accept – our entire political class, both teams, appear to only know what the complicit and incompetent “media” tell them is so. There is zero investigation of the facts or context and this makes for the Salem’s Witch Trials atmosphere.

This depth of ignorance and gaslighting led to some of the worse genocides in the history of man.
Heaven helps all of us if we ever move into a French Revolution fog next. 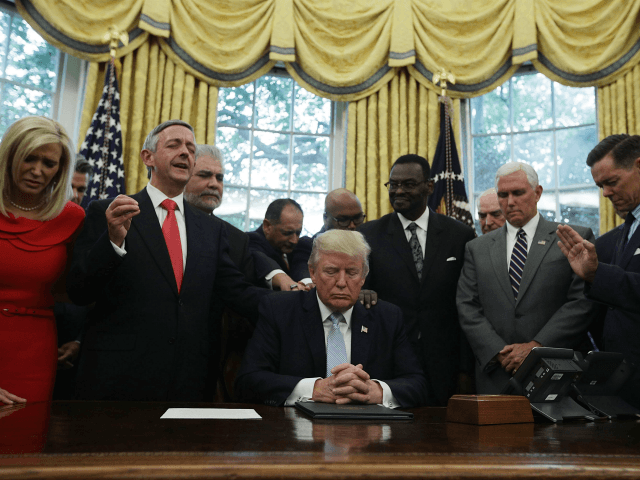