WASHINGTON, DC - APRIL 30: Speaker of the House Nancy Pelosi (D-CA) wears a cloth mask to cover her mouth and nose to prevent the spread of the novel coronavirus during her weekly news conference at the U.S. Capitol April 30, 2020 in Washington, DC. While she and Democratic House leaders are not going to reconvene next week due to the COVID-19 pandemic, she said committee chairs are working on the next piece of economic rescue legislation. (Photo by Chip Somodevilla/Getty Images)

Democrats want a 9/11-style commission to look into the events of Jan. 6th in what they call a “domestic terror attack.” Others believe that this is nonsense. If it was an honest commission I would join with Nancy Pelosi on an investigation. But if it is a politically charged, weighted, biased panel filled with people that have presumed the outcome – it is a FAKE investigation that the media will be able to spin.

So this is how this commission will go down?

1.) First Pelosi will propose an obvious partisan commission that Republicans will object to, calling it bipartisan.

The Hill – Even the proposed 9/11-style commission to look into the Jan. 6 domestic terror attack has been bogged down by partisan politics. Speaker Nancy Pelosi (D-Calif.) has been circulating draft legislation that would create an independent, bipartisan commission, where Democrats would get seven appointments and Republicans four.

The Hill – Republicans have rejected that proposal, demanding an even split between the parties and subpoena power for both the majority and minority. Senate Minority Leader Mitch McConnell (R-Ky.) on Wednesday called Pelosi’s plan “partisan by design,” and both he and McCarthy have pointed to remarks by the 9/11 Commission leaders — Republican Thomas Kean and Democrat Lee Hamilton — calling for an evenly split commission like theirs was.

3.) Mitch McConnell will then appoint Republicans that agree with Democrats, so it won’t matter that the commission is split between Republicans and Democrats.

The Hill – But House Homeland Security Chairman Bennie Thompson (D-Miss.) defended the Pelosi proposal (surprised?), arguing that the 9/11 panel was formed under a divided government, but Democrats now control the House, Senate, and White House. In other words to truth is not the goal – the winners get to write the history.

The Right Wire Report calls out Pelosi’s folly as political propaganda and cover-up rather than fact-finding. But Americans do deserve answers. Even now, over a month later government agencies are still stonewalling the public on releasing basic information. Many questions must be answered and those who should be held accountable :

According to the DOJ, the zip ties were left sitting on a table that one of the intruders happened to randomly encounter. The falsity of the initial "zip tie" narrative was the now-discredited suggestion that they indicated some kind of premeditated mass kidnapping plot https://t.co/lPeM6WL70w

How and why did the media spend an entire month definitively affirming what appears to be a completely false story about the only person said to have been killed by the Capitol mob: Officer Brian Sicknick?

Why do we not know how or even when he died? https://t.co/XLg2OR0EoA

Among other things, I asked Capitol Police how many firearms were confiscated at Capitol riot, and whether any rioters fired any guns. Got no answer. (Also asked about Sicknick death; no answer on that, either.) https://t.co/x1sRThss9E https://t.co/97JZzEtxBV

It is Rather absurd that it must be pointed out, but the 9/11 al-Qaida attacks killed roughly 3,000 people, obliterated New York’s tallest skyscrapers, destroyed part of the Pentagon, crashed four passenger jetliners, and changed U.S. foreign policy for decades. The Jan. 6th riot led to five deaths, one at the hands of law enforcement, and the others appear to be medical emergencies. The Capitol was breached and offices invaded but to no great extent or significant lasting damage. Yes, it was distressful to watch unfold and a considerable sense of chaos created the risk for physical harm which cannot be tolerated. But to compare it to September 11th is grotesque.

The weaponizing of the event for political power grab purposes is equally disgusting. Will the GOP capitulate and play into the bait and switch?

America, get ready to be gaslit on a fake “bipartisan” Jan. 6 domestic terror attack commission. 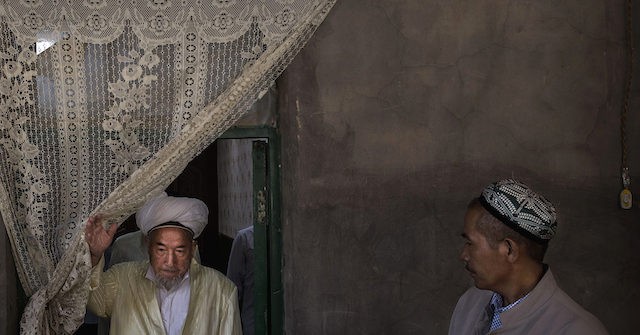