NBC News – New video appears to show 22-year-old Riley Williams expressing neo-Nazi sympathies. Her attorney told NBC News the video was meant as a joke to mock Nazis and would not confirm nor deny that she was in it.

Though the report does not explicitly say it, the implication is that the Trump supporters on the day of January 6, 2021, were part of a neo-Nazi group. NBC News cites a report from the website Bellingcat – here is their report. There report states:

On January 6, 2021, Riley June Williams, a 22-year-old home care worker from Pennsylvania, was one of roughly 800 rioters who breached the US Capitol building in Washington, D.C. While many engaged in property damage and violence that day, Williams’ case stands out given her ex-partner has alleged to the FBI that she stole a laptop from Nancy Pelosi’s office.

This former boyfriend also alleges that her goal was to sell the laptop to a Russian intelligence agency, a claim January court documents say “remains under investigation,” but which has been denied by Williams’ lawyer who accuses the former partner of seeking revenge.

While Williams has not been charged with stealing the laptop itself, something she also denies, she faces multiple charges including violent entry and disorderly conduct on Capitol grounds as well aiding/abetting others to “embezzle, steal, purloin.”

Footage from January 6 released by ITV News shows Williams urging rioters upstairs towards Congressional offices. In one video from inside Pelosi’s office, a voice that the FBI states it believes to be Williams’ says “dude, put on gloves” before a gloved hand takes a laptop from a table. The affidavit links to a thread of captured Discord posts from a user named Riley bragging, “STOLE SHITT FROM NANCY POLESI [sic]”.

In an interview with ITV on January 16, Williams’ mother described her daughter as getting caught up in the moment. She noted that Riley had been radicalized on far-right message boards but described her daughter’s main political goal as, “… wanting America to get the correct information”.

However, Bellingcat has since received information that suggests that Williams was more than just a Trump supporter caught up in the maelstrom. She is somebody who posted racist and Anti-Semitic content as well as filmed a video that appears openly pro-Nazi and promotes accelerationism (speeding up the collapse of society) as a pathway towards establishing a genocidal white supremacist state.

Well, there you have it – “Williams was more than just a Trump supporter … appears openly pro-Nazi.” Surely this means the Left’s narrative that Trump supporters are all Nasis. Is this true?

At face value, the report from Bellingcat seems quite convincing. Piecing together a web of graining photos, photos of tattoos, and linked social media messages of who the accounts’ true owners would be hard to validate.

Then there is the issue of context. Bellingcat states:

NBC News spoke to Williams’ lawyer, A.J. Kramer, who would neither confirm, nor deny it was his client in the video before starting the video was meant as a “joke,” although he initially wouldn’t elaborate on who made it or who it was meant for.

Kramer later followed up in an email to NBC News stating that the video was an “ironic internet joke about and against people called Wignats, who are like national socialists and who are like Nazis.” The video, he added, was meant to mock such people and is opposed to their beliefs.

Williams is quite young and many of the social media chat rooms draw people in to say crazy things to spark jokes and attention – as misguided as this may be. So what Kramer says could also be true. Given the numerous people online who masquerade as others in an effort to spread fake news makes validation of this story difficult. How do we know that this is not yet another elaborate Smollett smear campaign against conservatives?

But let’s stop for a moment and take the report at face value and assume it is true. Again the inference is that Trump supporters are pro-neo-Nazis that support the likes of Adolf Hitler.

Remember how the mainstream media keeps telling us that not ALL Muslims are terrorists? Just a few one-off exceptions – one can not extrapolate from this that ALL Muslims think like this. Yes, this is obviously true. In fact, if you say this, you will quickly get banned off of most social media platforms.

However, one needs to test whether a significant portion of a group holds the views of a said extremist. For example, remember back in 2014, a report came out that more than a quarter (27%) of French citizens between the ages of 18 and 24 were found to sympathize with ISIS? And yet, mainstream media tells us that these extremist Muslim views are just a few, and one should not extrapolate over the entire group.

So … let’s use this same measure and conduct a poll of Trump supporters. How many Trump supporters do you honestly believe would say that they support Adolf Hitler? Would it be 27%? 10%? or even less than 1%? I think you know the answer to this if you are intellectually honest.

In a turn of “what-about-ism,” what can we say about Black Lives Matter and the Boogaloo movement? Who are the Boogaloo?  The Boogaloo movement, whose adherents are often referred to as Boogaloo Boys, is a loosely organized far-right anti-government extremist political movement in the United States, many of whom have been condemned for being terrorists. The group is not just a one-off individual infiltrating another group – this is two groups openly working together – see “Armed Black Lives Matter activists and right-wing groups come together at Richmond Open Carry march in a united show of support of the 2nd Amendment.” Any mention of this connection (and subsequent link to Democrats) on NBC News?

The folks that broke this story came from Bellingcat. Who is Bellingcat?

Bellingcat is not a large organization – but has done some significant investigative work. When looking at the Bellingcat “About Us” page, it seems their focus is on what they call “far-right” groups.

One of Bellingcat’s Board Members is Maria Renske Schaake, a Left-wing ex-Member of the European Parliament. Another is Yoeri Albrecht – Yoeri serves as chairman of the editorial board of the human rights magazine “Wordt Vervolgd” and of OSIFE, Open Society Foundation Initiative for Europe. Here is a bias check – “Although Bellingcat does not state an editorial position, they often cover stories that favor the left.” In other words, reasonably accurate, but will only investigate stories that will support the left-front running efforts for other organizations to use in their political propaganda narrative building.

All these organizations seem incestuous and interconnected – a rabbit hole one could search endlessly to understand the true funding source of Bellingcat. The Open Society Foundations, formerly the Open Society Institute, is a grantmaking network founded by business magnate George Soros. Maybe it’s nothing. Perhaps Bellingcat just knows where their bread is buttered …

Rather strange when you consider that America went through a horrendous summer in 2020 with Black Lives Matter protests – costing billions in damages and killed dozens of people. Funded and organized by who? Nope … no need to look here. We should go after the horrific insurrection on January 6th and the massive Trump-led coup. Lead by no other than Mr. Viking Man with horns, who has since turned tail and run.

The founder Eliot Higgins, we presume, is joking when he stated, “People accuse me of working for the CIA.” Was it a Freudian slip? I just have one question … why is it that every time we go down the left-wing rabbit hole, it always leads us back to the same place? 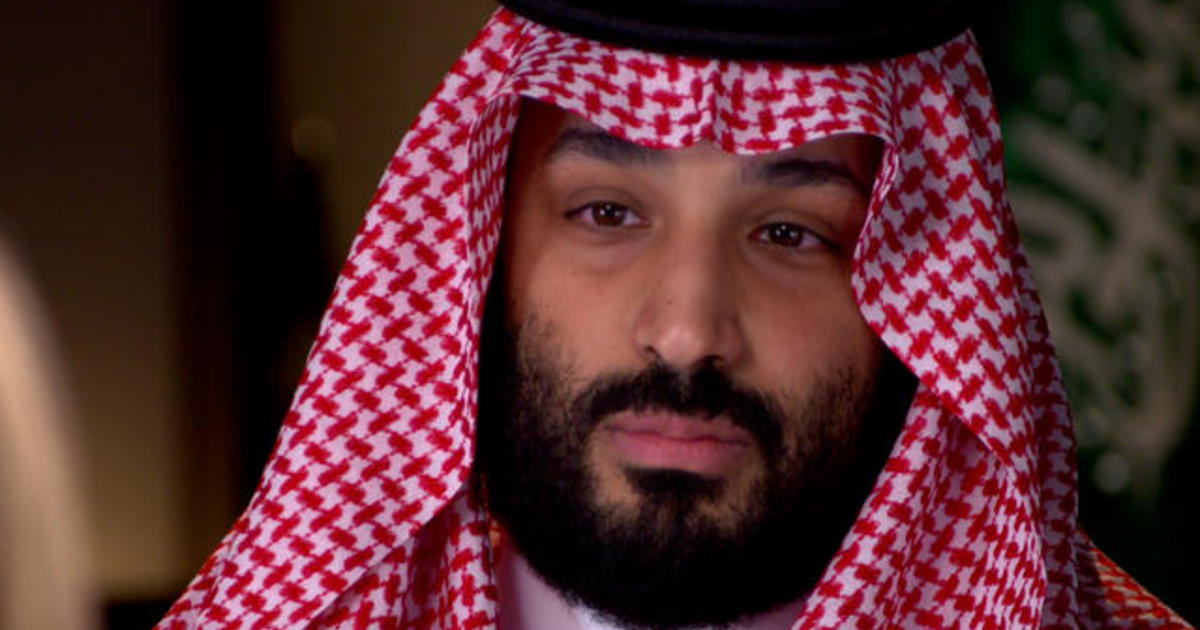 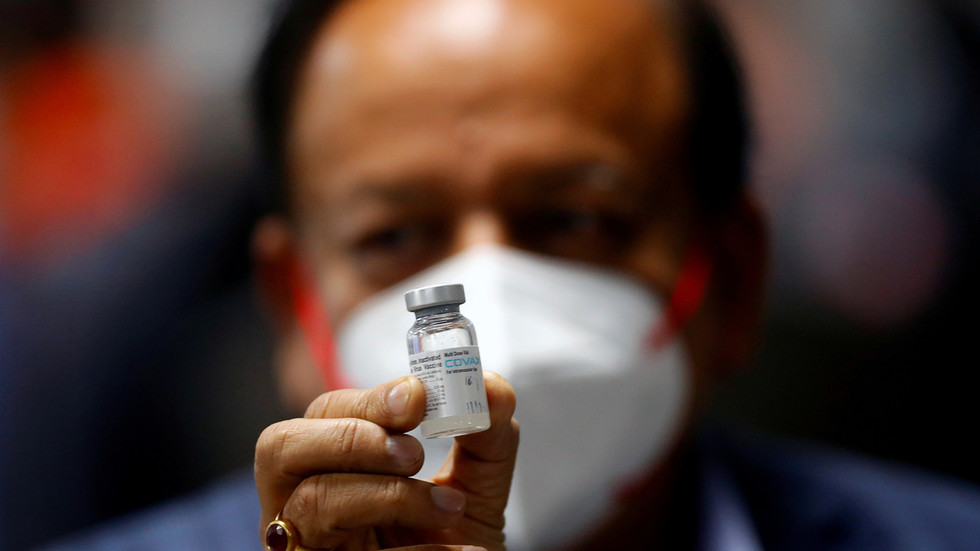