It is not usually wise to prejudge a trial, but I’m convinced Derek Chauvin is like the suspect who asked Judge Roy Bean, “are you going to give me a fair trial?”  The Judge, also a saloon keeper and known as “The Only Law West of the Pecos,” said, “Yeah, we’ll give you  a fair trial, then we’re gonna hang you.” The judicial system in Minneapolis is almost equivalent to Judge Bean’s justice. I’m convinced the judicial system in Minneapolis is determined to go through the formalities of a fair trial then on to the hanging tree for Chauvin.

Like most people who first viewed the arrest and death of Floyd, I quickly responded in horror at the apparent mistreatment by the police. I wrote at the time, “Americans have been awakened, agitated, angered, and appalled at the killing of Floyd, and that includes me. I’m appalled that everyone has been so quick to make a judgment without knowing all the facts. Yes, it looks bad, very bad, but I want to know the whole story. No one has suggested that everyone involved could be wrong! Floyd, the four cops, even the bystanders who were too intimidated to physically confront the police.

“I’m appalled that innocent, legal protesting of whites and blacks became an excuse to burn, loot, and destroy over 300 stores, thereby destroying the jobs of innocent people. It is obvious that it is not a skin problem but a sin problem.”

Following Floyd’s death, radical lowlifes used protesting to excuse looting, hooliganism, rioting, burning, and killing while officials did nothing to facilitate their imprisonment for decades.

However, today a white man is being lynched in Minneapolis for doing his job as he was trained to do it. He is being lynched because he is white, and everyone seems to think whiteness equals evil, slavery, oppression, duplicity, anger, bigotry, etc. So, even if Chauvin didn’t actually kill Floyd, he deserves to die seems to be the consensus of the radical rabble.

He is being lynched because he was a police officer, and it is commonly believed that white cops go to work every day looking for a black man to shoot. It doesn’t seem to matter to officials and the public that it seems almost always the black “victim” is a felon, a drug addict, committing a crime, or resisting arrest.

Between 1997 and 2007, police in Texas arrested Floyd a total of nine times; he got five years in the slammer for home invasion and putting a gun in the abdomen of a pregnant woman in front of her child. He took money and jewelry to purchase drugs.

After Floyd’s death, police found 274 pills inside his car, along with 18 grams of cocaine and 3 grams of rock cocaine. Furthermore, Floyd admitted to snorting Oxycodone daily and had been addicted for 5 years.

When Floyd died, he had 3 times the fentanyl that would kill a healthy man, and the chief medical officer Andrew Baker announced, “The autopsy revealed no physical evidence suggesting that Mr. Floyd died of asphyxiation.”

Then why is there a trial if there was no crime? Floyd is dead because he resisted arrest after gulping illegal drugs. Chauvin lost his job, family (his beauty queen wife divorced him days after his arrest and changed her name), and reputation—all for working while white (WWW).

But what about “I can’t breathe”? It was not the knee on his neck that killed him but the illegal drugs. One of the primary symptoms of fentanyl overdoses—is “slowed or stopped breathing,” leading to unconsciousness and death. Floyd complained about not breathing before the officer kneed him, as the video clearly shows.

The alleged victim is dead because he refused for 20 minutes to obey the police and because his body was full of illegal drugs. Floyd did not deserve any mistreatment, but he killed himself. And his family just received a payoff of $27 million from taxpayers of Minneapolis because police officers did what they had to do to keep law and order. Additionally, the family gets $15 million from a GoFundMe page that stupid and gullible people funded.

That’s not a bad payment for a serial felon who also had four televised funerals, a gold coffin, a procession with white horses pulling a white carriage, and his photo enhanced with a halo and angel wings. The usual high-profile suspects at the funeral included Al Green, Shelia Jackson Lee, Joe Biden (video), Al Sharpton, and other so-called civil rights leaders.

I’m appalled that civil rights leaders take advantage of every shooting, fair or unfair, of a black person. Such losers as Jesse Jackson, Al Sharpton, and Louis Farrakhan have built financial empires on the backs of poor, gullible blacks. And the media and others sit down with such leaders and treat them as successful celebrities when I think they are only a notch under the mafia.

Of course, none of Floyd’s offenses deserved the death penalty. Nor does his death make him a hero. And for sure, not a saint.

I’m appalled at seeing police officials, even a couple of chiefs, FBI agents, U.S. military, and politicians abasing themselves in support of the protesters. They were not grieving but groveling to BLM hooligans. And it’s appalling to hear them reject and ridicule All Lives Matter in favor of Black Lives Matter.

Al Sharpton preached the Houston funeral wearing black rubber gloves, a white robe representing “purity and virtuousness” with three black chevrons on the sleeves representing doctorial accomplishment. Al might know how to spell virtue, but he doesn’t know the meaning from personal experience. He married in 1980, separated in 2004, and had a longtime relationship with a much younger woman whom he married about a year ago. And the three black stripes are the closest Al will ever get to an earned doctorate since he never finished college.

He calls himself a Baptist but for sure, not the kind of Baptists with whom I run.

After comparing George Floyd to Jesus at Floyd’s funeral, Reverend William Lawson said, “The next thing we need to do is clean out the White House.” Sounds like a political rally, not a funeral.

On a business wall along one street was a massive likeness of Floyd with large white wings and an impressive halo. Both inaccurate and blasphemous. Even if all the excessive accolades about Floyd were true, he did not qualify as an angel; besides, dead people, even godly people, don’t become angels. Additionally, angels don’t have wings. Nor do the dead have halos.

The raised Communist-Black Power clenched fist was common during the funerals.

It is nauseating how Floyd’s family, friends, and fools in the media have presented him to the public. He was not a good man, as his former “partner” and mother of his six-year-old daughter said. Roxie Washington was Floyd’s “former partner” who bore his six-year-old daughter, Gianna. At a press conference, when Gianna was asked how her dad’s death has affected her said, “I miss him.” The mother and former live-in girlfriend said, “He was good, and this (pointing to his daughter) is proof he was good.” No, an illegitimate child is not “good.” She is a sweet little girl who is totally innocent and too young to know she is being used by everyone.

Quincy Mason, Floyd’s 21-year-old son  (I don’t understand that), last saw his father when he was five years old, yet the race-baiters like Jesse Jackson, Al Sharpton, and attorney Ben Crumb appear to be using Quincy as a prop. In a Minneapolis news conference, Ben clearly was telling Quincy what to say. Quincy had not seen his father since he was 5 years old and didn’t know Floyd or recognize his televised photo when he died.

News reports revealed that Floyd has a 22-year-old daughter “from a previous relationship.”

Courtney Ross (married mother of two) is the girlfriend of Floyd living in Minneapolis. She said they “had been together for three years before his death.” On CNN, she described him as an “angel on earth.”

None of the many news reports reveal anything about marriages, just many “relationships,” “partners,” “girlfriend,” etc., so Floyd was a serial fornicator, child producer, serial felon, and drug addict. It is considered unwise, unfair, even unchristian to speak ill of the dead, but it is distortion, dishonest, and devious to do a complete makeover of a very wicked person. This has been expertly crafted to fit the far-left agenda to produce money and motive for revolution.

We have been told the color of your skin determines how you are treated in America—one law for Whites, another for Blacks. Floyd was every black; Chauvin was every cop. The Minneapolis trial is putting America on trial. If he is found not guilty, there will be massive disruption, destruction, and deaths—all planned by BLM, Antifa, and other anti-American forces.

Van Jones told CNN  if Chauvin isn’t convicted, “it will be perceived as open season telling cops they can literally get away with murder in broad daylight.” He added, “The system is on trial here,” but a system is not on trial. The far left is making the trial, like everything else, a matter of race. If they don’t get their way, that is a reason for the lowlifes to loot, burn, destroy, and even kill.

Cicero warned, “that we do not recklessly and presumptuously assume something to be true.” Most Americas, always giving the benefit of a doubt to the underdog, want to believe the Floyd narrative pitched by those in line to gain from his trial. But in doing so, we believe a lie. It seems the truth does not matter anymore.

The left could have chosen a better candidate than Floyd to be their cause célèbre but it is working—an innocent, although possibly aggressive police officer is being sacrificed to the gods of leftist extremism.

Roman Catholic priest Thomas Aquinas wrote, “He who is not angry when there is just cause for anger is immoral. Why? Because anger looks to the good of justice. And if you can live amid injustice without anger, you are immoral as well as unjust.”

As the world watches, a police officer is about to be lynched (east of the Pecos) for trying to apprehend a resisting felon, and all decent people should be angry. 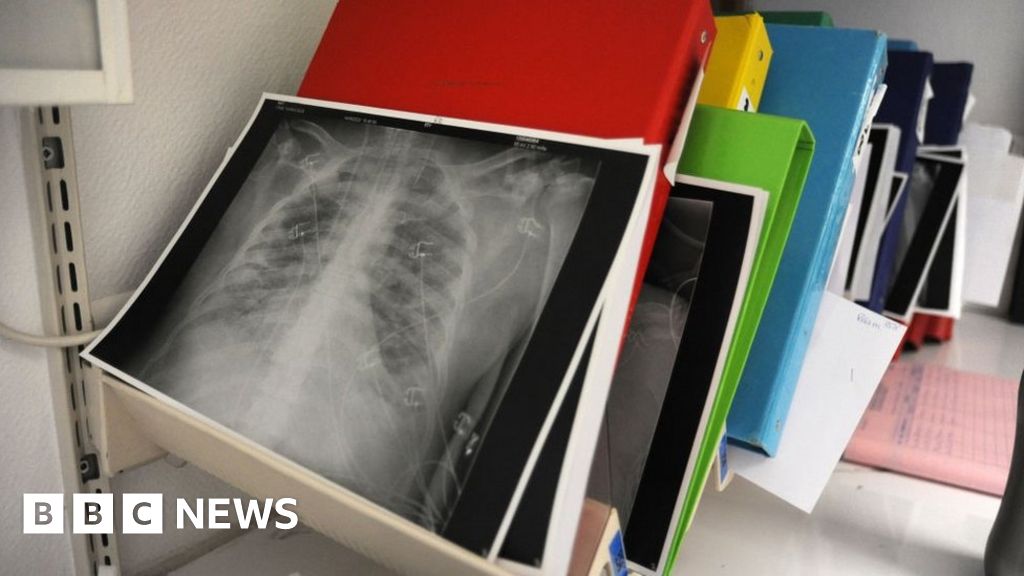