Paris streets were filled with protesters; the city was burning; more than 15,000 federal troops were gathered to stand by for trouble; the people were starving; the king fired the dude in charge of finances without any impact; the Bastille (prison) was attacked and prisoners freed; the protestors paraded the heads of the Bastille defenders through the streets. When the news reached King Louis at his palace in Versailles, he exploded, “This is revolt!” An aide responded, “No, Sire, it is a Revolution!”

Major American cities have been under siege for months with semi-civilized rabble in control; officials are even defending rebellion with national leaders refusing to condemn it; innocent businesspeople are bankrupt, and citizens are denied access to city streets—it is not a revolt, it is a revolution.

In recent years the media moguls, university professors, and progressive politicians shamelessly told the world that America is a shameful, selfish, and sinful nation. Consequently, we are to believe all white people are racists and harbor guilt from their dark past and are obligated to flagellate themselves at least twice a day, trying all the while to be less white.

I suppose that is to make Blacks feel less black.

I have no guilt for what other Whites and Blacks did generations ago and I am generally proud of the generous, kind, and benevolent nation that is now on the threshold of losing a unique place in the world and crumbling into decay. All by design.

That crumbling from democracy to decay often happened in the past.

The period between 1789 and 1799 was the most boisterous time in European history. The most populous European nation, France, went from a monarchy to a republic to a dictatorship. The three years of the Reign of Terror was a bloodbath when about 40,000 people were beheaded in Paris by the newly installed guillotine, and up to 300,000 others were killed by firing squad, drowning, etc.

Since revolutions don’t start spontaneously, many ingredients give them birth.

France had spent billions of francs supporting our American Revolution (about 12 years earlier), and French debts multiplied because of ill-advised tax and spending programs. There were extreme weather problems in different parts of the nation; harvests failed, and food shortages were common; fear produced panic; bands of angry, fearful, hungry, disillusioned mobs roamed, then took over the streets, rioting and toppling monuments and statues.

That movie sounds familiar to me, and we might be seeing an updated American version at this time.

The French chaos was aggravated by disinformation, political propaganda, hatred, envy, and murder instigated or used by the self-styled intellectuals. The populous had been fed anti-church, anti-monarch, and anti-family propaganda for decades, beginning with a young Voltaire and Rousseau. Now it was paying off, as everyone was fearful and lived on the edge of panic every day.

Historian Otto Scott observed in Robespierre—Inside the French Revolution that the French decision-makers in the middle and upper classes became ashamed of their country, history, and institutions. He opined that such a phenomenon “had never before arisen in any nation or race throughout the long history of mankind. …a great loosening began; the country slowly came apart.”

Americans, are you listening?

Scott declared, “For the first time since the decadent days of Rome, pornography emerged from its caves and circulated openly in a civilized nation. The Catholic Church in France was intellectually gutted; the priests lost their faith along with the congregations. Strange cults appeared; sex rituals, black magic, satanism. Perversion became not only acceptable but fashionable. Homosexuals held public balls to which heterosexuals were invited and the police guarded their carriages… the air grew thick with plans to restructure and reconstruct all traditional French society and institutions.”

Does that sound familiar?

Scott continued with incredible prescience when he declared, “The heirs of the Enlightenment of the late 18th century… launched the first Revolution in all history against the ideas of Christianity, and Christianity’s God. …the press… was spearhead, font, and fuel for these discussions… the journals were mixtures of politics and smut. They admired agitators extravagantly and never discussed the Church without mention of scandal, nor the government without criticism. They relied heavily on tales of sin in high places and high-handed outrages of the court; no name, however highly placed and illustrious, escaped. …through its journals and pamphlets …it could distort, color, plead, argue, lie, report, and misreport the information upon which the balance of the realm depended.”

America, we are looking in a mirror.

Scott revealed fake news, false history, and fallacious propaganda long before our present day. And it ended in a bloody,  nation-changing revolution. He, like other historians, makes clear that France was attacked long before the first renegade in Paris raised a fist against the Roman Church or the Royal Crown.

Now it was upon them. The citizens had been taught to hate the monarch, their national church, private property, aristocrats, strong families, and other traditions. Now, class was against class, family against family, workers against nobles. Chaos ensued with shortages of food, unemployment, wage and price controls, and other government interventions.

The bakers, candle makers, smiths, farmers, physicians, shop owners, weavers, etc., resented their inferior positions even though they paid most of the taxes. At the same time, church officials and the aristocrats received special treatment and lived privileged lives. The ordinary people had reasons to complain, but they went to excess. They were manipulated, moved, and managed by more astute and unscrupulous intellectuals—like today.

Historian Will Durant reports that when food started to disappear from the stores, family members stood in various lines to purchase first bread (since it made up half their food intake), then milk, meat, butter, soap, wood, and other items. Each item required standing in a different line often for hours, beginning at midnight. The shoppers tried to sleep, but they had to move with the line, so they got little rest. Professional prostitutes and those newly minted by the revolution worked the lines.

Durant revealed, “In many cases, strong-arm groups invaded the stores and marched away with the goods. Municipal services broke down; crime flourished; police were scarce; uncollected refuse strewed and fouled the streets. Like conditions harassed Rouen, Lyons, Marseilles, Bordeaux …”

That movie, the American version, is playing in our cities each night after its premiere in Portland.

Dr. Peter Hammond asserted, “The most fanatical extremists gravitated to Maximilien Robespierre, who was a strong devotee of the writings of radical philosophers Jean-Jacques Rousseau and Voltaire.” Of course, Voltaire and Rousseau would never have endorsed the extremes taken by Robespierre and later leaders of the revolution. One always gets more than expected from revolutions.

Often, disciples of armchair philosophers take their criticism much further than was planned or expected. Many of the fist-pumping leftist riffraff in American streets don’t know that they will be among the first to be trampled and ground up in the revolutionary machinery. Revolutions eat their own, as evidenced by the French (Jacobins), the Russian (Bolsheviks), and the German (Nazi) Revolutions.

Members of secret societies stormed the countryside to destroy the grain stores (while people were starving), and terrorists did what they do best and terrorized the people. Premeditated riots were started making the streets of Paris unsafe to travel for work, food, etc. The government simply folded, and everything came down.

The average Frenchman ate three pounds of bread daily in the mid-1700s, and according to Sylvia Neely’s A Concise History of the French Revolution, the average 18th-century worker spent half his daily wage on bread. Bread likely accounted for 60-80 percent of a wage earner’s family budget, so panic followed when parents heard their children crying for food.

The oft-repeated story about Queen Marie Antoinette’s response when told of the bread shortage, “Let them eat cake,” did not happen. Contrary to that famous but false story, she spent personal funds to feed the poor. When that let-them-eat-cake statement was made in 1766 in Jean-Jacques Rousseau’s Confessions, the queen was ten years old living in Austria.

In April and May of 1775, food shortages and high prices caused an explosion of peasant-based anger in the towns and villages of the Paris Basin, constituting the lowland area around Paris. There were more than 300 riots recorded in the space of a little over three weeks.

In the 1780s, the population exploded with no increase in grain production. With this and accelerating resentment, envy, and hatred fed to the people since Voltaire’s time, the French Revolution was a sure thing.

The revolution started in 1789 with a plot to replace the king and remove Catholic Church leaders. The radicals used a food shortage and the lack of bread to trigger the common people to revolt. The ordinary people believed they were forced to take up arms or go hungry. A rumor spread that grain and guns were being hoarded at a massive property of the Catholic Church, which functioned as a convent, hospital, and school. An angry mob broke into the property seizing 52 wagons of wheat while agitators roamed the nation looking for grain to destroy! That same day numerous mobs were plundering other places, as official government troops did nothing to stop the looting and killing.

Shortly after that, the Bastille was stormed (commoners looking for guns and grain), and it was downhill for more than ten years of hardship, horror, harassment, hostility, hunger, and bloody homicide. As the explosive revolution ended, Napoleon stepped in to become Emperor of France and sought to be Emperor of Europe and was responsible for the loss of millions of lives during the following 25 years.

America is not in revolt or resistance, but revolution—the Second American Revolution for the same reason that caused France to erupt. Americans grew ashamed of America and permitted unprincipled riffraff to rule—in the streets, mayors’ office, governors’ mansion, and the Oval Office. 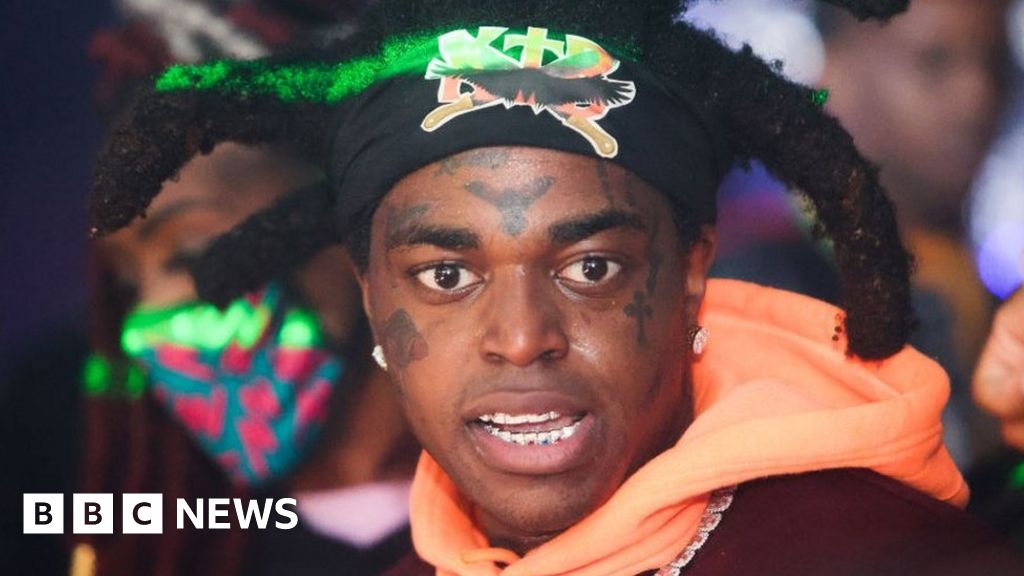