Brace yourselves. By June 1st of this year (2021), the government is reportedly going to reveal video evidence of UFOs that is more compelling than anything in this article.

The 2.3 trillion dollar COVID-19 relief bill that Donald Trump signed contained more than just financial support for Americans; it had something called the Intelligence Authorization Act for Fiscal Year 2021. Within this ACT, there is a section with the heading, “Advanced Aerial Threats,” which stipulates that the director of national intelligence will work with the secretary of defense on a report to show the public everything the government knows about UFO’s, also referred to as UAP’s (unidentified aerial phenomenon) and AAV’s (anomalous aerial vehicles).

Reporter Jeremy Corbell asked Luis Elizondo, former director of the Pentagon’s Advanced Aerospace Threat Identification Program (AATIP) if there were more videos than the ones already released. Elizondo said there were, including a stunning picture of a UAP (unidentified aerial phenomenon) only fifty feet away from the cockpit of a fighter jet. In another interview with Maria Bartiromo, the former Director of National Intelligence John Ratcliff also said there are “many more videos” and that “there have been sightings all over the world and when we talk about sightings, it’s not just a pilot or just a satellite – usually we have multiple sensors that are picking up these things. There are a lot more of these things that have not been made public”.

In the video below, three separate instances of military pilots recording what the Pentagon has publicly confirmed are authentic and categorize as Unidentified Aerial Vehicles (UAP), more commonly known as UFOs. The pilot locking onto the first UFO in the video exclaims, “there is a whole fleet of them,” indicating that there are multiple crafts visible on the larger radar screen.

At the end of this video, the UFO accelerated away at such an incredible rate of speed that the radar couldn’t maintain a lock.

This video shows a navy pilot locking on to a UFO streaking across the surface of the ocean at a very high rate of speed.

There are three more recent confirmed crafts in this video.

Are these videos released by the government something new? No. In fact, they are quite common in the annals of UFO sightings. The size, shape, and flight characteristics of these crafts have been observed for hundreds, and in some cases, thousands of years. In 1952 during July, several instances of multiple UFOs buzzed the white house, Andrews Air Force Base, and over the Capitol. Like the incidents between 2004 and 2015 released by the Pentagon, the 1952 objects exhibit confirmed speeds in excess of 7000 mph and perform seemingly impossible maneuvers.

In 74 BC, a Roman army commanded by Lucullus was about to engage in battle with Mithridates of Pontus when a UFO appeared on the battlefield.  Lucullus reported,  “all on a sudden, the sky burst asunder, and a huge, flame-like body was seen to fall between the two armies. In shape, it was most like a wine jar, and in colour, like molten silver.”  The silver object was described the same by both armies. Roman historians Livy, Orosius, Seneca, Plutarch, Pliny, and Josephus reported phenomena appearing in the skies above Rome and the surrounding area.  In 243 BC, thousands in Rome witnessed “shining shields of polished bronze” move across the sky. The “shield” description is present in many ancient Roman sightings is very similar to the “disk” that is often reported today.

Before the era of photography and video technology, the likeness of these phenomena can be seen in paintings hundreds of years old and depictions on cave walls that are thousands of years old. Many say that the saucer shape reported is nothing more than a form created by Hollywood in early sci-fi movies. It’s apparent that the saucer, or disk, predates Hollywood by centuries.

It’s astounding to discover that these craft’s size, shape, color, and flight characteristics are consistent in thousands of accounts across recorded history. It’s impossible for them to be human-made or have anything to do with military technology because they have been exhibiting the same advanced capabilities for thousands of years. From a theoretical sense, it’s possible that future-man discovered how to exploit the spacetime continuum and is returning for reasons we can only guess. However, the logical explanation is other lifeforms are visiting us.

Scientists utilizing the Kepler telescope have arrived at the startling conclusion that it’s mathematically impossible for us to be alone in the universe. The Kepler team discovered 1,235 planets similar to ours that revolve around a star like our sun. This might seem like a large number of possible life-supporting worlds, but it is literally only the tip of the iceberg. The 1,235 number was found in a very small area that is only 1/400th of the Milky Way (our galaxy). When scientists extrapolate these numbers, there is an estimated 500 million planets in the Milky Way that are habitable. These are planets that are neither too hot nor too cold to support life and are considered to be in the “Goldilocks zone.”

Five hundred million might seem like a large number, but it’s incredibly small in the context of the observable universe. This number grows exponentially when you consider the Milky Way is only one of 125 billion galaxies astronomers have identified. Now, the number grows to 50,000,000,000,000,000,000 (50 quintillion) potentially habitable planets in the universe.

Michio Kaku, famed professor of theoretical physics at the City College of New York and CUNY Graduate Center, weighed in on the recent images of UFOs declassified by the Pentagon.  New improvements of radar systems in fighter jets revealed attributes previously unknown about these aerial phenomena that Kaku commented on.

“We now know they fly between Mach 5 and Mach 20 — five to 20 times the speed of sound,” Kaku said. “We know they zigzag so fast that any pilot would be crushed by centrifugal force. That they have no exhaust that we can see.” Meteors, weather balloons, even the planet Venus — can’t explain these live-action high-precision shots, said Kaku, leading to either of two possible conclusions: They are of human origin, representing a technology so cutting-edge that even leading scientists are puzzled by it. Or, he said, “maybe they are evidence of an advanced outer space civilization.”

Critics of alien craft visiting earth often note that physical objects can’t travel at the speed of light, so there is no way for them to overcome huge distances involved to get here. Alpha Centauri is the next closest star system with planets, and it would take a ship traveling at the speed of light 4.37 years to arrive in New York City. This would mean traveling at 186,000 miles per second or around 670 million miles per hour, which science has shown is impossible for any physical object because its mass would become infinite, resulting in it being crushed.

Dr. Brian Green, the renowned string theorist, responded by saying a sufficiently advanced civilization might have achieved the technology to exploit known theories of wormholes in the fabric of space to overcome vast distances and, by extension, the necessity to travel at the speed of light to get from one distant place to another.

“We’ve reached a turning point,” Michio Kaku said. “It used to be that believers had to prove that these objects were from an intelligent race in outer space. Now the burden of proof is on the government to prove they’re not from intelligent beings in outer space. The possibility that they are vehicles from other planetary civilizations now has to be put on the table.”

Whether friend or foe, the historical record is clear that these phenomena have been in our atmosphere ever since humans gained the ability to depict the world around them on cave walls. Where they come from remains a mystery, but one thing is fairly safe to say: UFOs are with us and always have been. 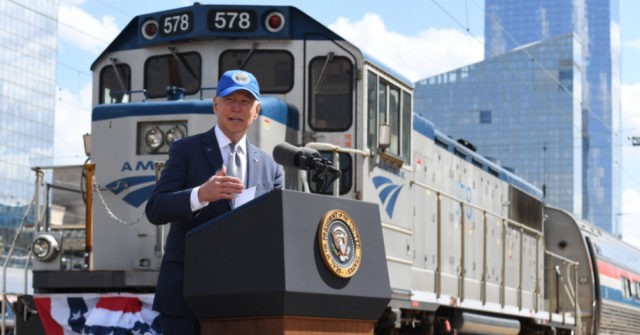