Everyone seems to want to know the future, especially in these unsettling times, where unprecedented events have been occurring. Predicting the future can be a dubious exercise. Nevertheless, it is a useful exercise to put on our tinfoil hats to see where events could potentially take us in the next few years. It helps us understand how better we can view society and adapt to it in our individual lives.

It should be noted that this is merely one view of what could happen in the future. One can, and for sure may have another. For the avoidance of doubt, this article is fictional … or is it?

Alexander Tytler was a Scottish advocate, judge, writer, and historian who served as Professor of Universal History and Greek and Roman Antiquities at the University of Edinburgh. Tyler found that societies went through this same cycle again and again and that the cycle lasted roughly 200 years each time. The idea states that successful societies are temporary by nature. Tytler is not the only person that has noticed these cycles in human history. The Soviet economist Nikolai Kondratiev was the first to bring these observations to international attention in his book The Major Economic Cycles (1925), alongside other works written in the same decade – see more here.

In economics, Kondratiev waves are hypothesized cycle-like phenomena in the world economy. It is stated that the period of a wave ranges from forty to sixty years. These cycles also have harmonics, and the four Kondratiev phases mirror the seasons of the year that could easily be overlapped over or in the Tytler cycle.

Tytler said the repeating cycle starts with a society in bondage, rises, and then goes back to bondage. This cycle has 9 steps: bondage, spiritual, courage, liberty, abundance, selfishness, complacency, apathy, and dependency. It then repeats. The cycle is long and requires that generations pass to forget how they got where they are in their present phase of the cycle. The cycle rarely reverses.

It is within this framework we look into the future. It is not as if we are psychics that are peering into a magic bowl of water like Nostradamus. It is merely understanding the nature of us humans and learning from history. This series of articles will postulate from Tytler’s framework the events that could occur and put details on what could potentially unfold – see graphic above. It will be presented in three steps – or phases. As an outline, the three tinfoil hat steps into a dystopian future are as follows:

In the previous step one, the takedown, we had set up the tools to enable step two, the rise of the global fascist state – events over the next 2 to 7 years. Oddly, most citizens in the Western world at this point are still completely satisfied with what their governments are doing. Government polling(biased weighted) reassures the populous that things are just fine – like this one, click here.

Rumors of civil war and social conflict abound – click here and here for examples. Most of the talk about civil war will be labeled as insurrectionists and domestic terrorists. The state tools put in place in step one will easily put down any major outbreaks of street violence, though a few organized counter groups of resistance still remain and a major thorn in the side of a new rising global fascist state. The organized counter groups, referring to themselves as the “patriots,” their detractors call them the “deplorables,” consist of:

Ex-military leaders, opposing business leaders, a group of “discredited” thought leaders, and their followers. It could represent about 20 to 40% of the population and represent a real threat. They can yield power, as they have secret technological control over some military assets and underground media operation – including a potential nuclear arsenal.

Two things that are missing are the consolidation of power and a charismatic leader. To this point in the timeline, the emerging fascist state has been ruled by shadowing groups in what is mostly a technocratic tyrannical cabal identified in step one these “3 steps into our dystopian future”:

Oligarchs, politicians, thought leaders, media, Big Tech, think tanks, academia, Hollywood, and sports – all have teamed up creating a cabal to ensure they stay relevant, maintain power, and receive the financial benefits that go along with this. Partly by design and partly by a seeming conspiracy of sharks swimming toward their prey – either way, it is a group of most likely less than 5,000 to 10,000 people that rule the world of nearly 8 billion people.

What will be the trigger? By now, the economic “Great Reset” is well underway. However, the now increasingly divided technocratic fascist state can no longer deliver on the economic promises made to its followers. A sharp and quick global economic depression suddenly shocks the world. Homelessness, food shortages, and lack of security terrify the masses. Many of the emerging fascist state’s previous followers now turn on them – or at least in significant numbers. On the street, these masses are unorganized with a potpourri of grievances and hardships. The fascist state will blame these dissenters along with the “deplorables” for the problems that are occurring.

Military threats coming from the leaders of the “deplorables” grow after seizing several military arsenals and other cyber/communication installations. It is global – pockets of “deplorable” regions in the US form as well in other Western countries. The technocratic fascist cabal, being leaderless, grows seemingly powerless to stop the spiraling conflict in the world.

It doesn’t matter who shot first – half a dozen cities in the US lay waste, with a similar number in Europe. In the rest of the world, old nation-state scores are also settled – in Asia, the Indo-Pakistan region, and in the Middle East. China does not go unscathed as they too need to put down the rebellion, though mostly an internal affair. Roughly 100 to 500 million or more people die in these nuclear exchanges. Still, an uncounted more die due to the lack of resources and the bio-war that has been raging since the start of Covid19. No region of the world will be left unscathed.

The “deplorables” outgunned and out-resourced suffer losses in this war, though now an even smaller pocket of “patriot” resistors still exists. They retreat to hidden compounds as well as hiding amid the new global fascist state power. They still are holding on to a few remaining secret military assets. But this will be dealt with later.

A horrified world will seek a savior. A new charismatic military strong man leader emerges and is celebrated for his heroic efforts to stop the war by the majority of the masses – they had no real choice anyway. A great purge is conducted to root out any dissension. The purge will even eliminate cabal members themselves that challenge the new leader.

A new state religion is implemented that combines all the regions of the world into one in an effort to unite the world under the new leadership. Fear will drive compliance. Those dissenters that are repentant will serve time in factory-type re-education slave camps, and the rest will be eliminated.

Dissolution of all previous constitutional law and order with a new “world” constitution is put in place, giving the new charismatic leader and his supporting cabal ultimate authority. All military power and world resources are now owned by the utopian Marxist state to what will be called, as has been done in the past, a new “Golden Millennia.”

But will it be a new “Golden Millennia?” Can it maintain power for long? The now 5 to 6 billion people on the globe will be hard to manage. The woes of mankind may be just beginning.

For some, the scenarios being described here are frightening. Whether any of these scenarios occur remains to be seen. Events today are very much are reminiscent of what happened in the world pre-World War Two. Will history repeat itself?

In a book by Andy Andrews, “How Do You Kill 11 Million People?: Why the Truth Matters More Than You Think,” he outlines these similar types of events. Andrews urges readers to be “careful students” of the past, seeking accurate, factual accounts of events and decisions that illuminate choices we face now. By considering how the Nazi German regime was able to carry out over eleven million institutional killings between 1933 and 1945, Andrews advocates for an informed population that demands honesty and integrity from its leaders and each other. The by-line:

“Andrews issues a wake-up call: become informed, passionate citizens who demand honesty and integrity from our leaders or suffer the consequences of our own ignorance and apathy. Furthermore, we can no longer measure a leader’s worth by the yardsticks provided by the left or the right. Instead, we must use an unchanging standard: the pure, unvarnished truth.”

There are many exit ramps off this dystopian path – so it is not inevitable. Unfortunately, many will not heed the warnings, which leads us to an even darker critical next step (part 3) on the road to this dystopian future – Mankind decides, annihilation or a new dark age. Look for it in an upcoming article. 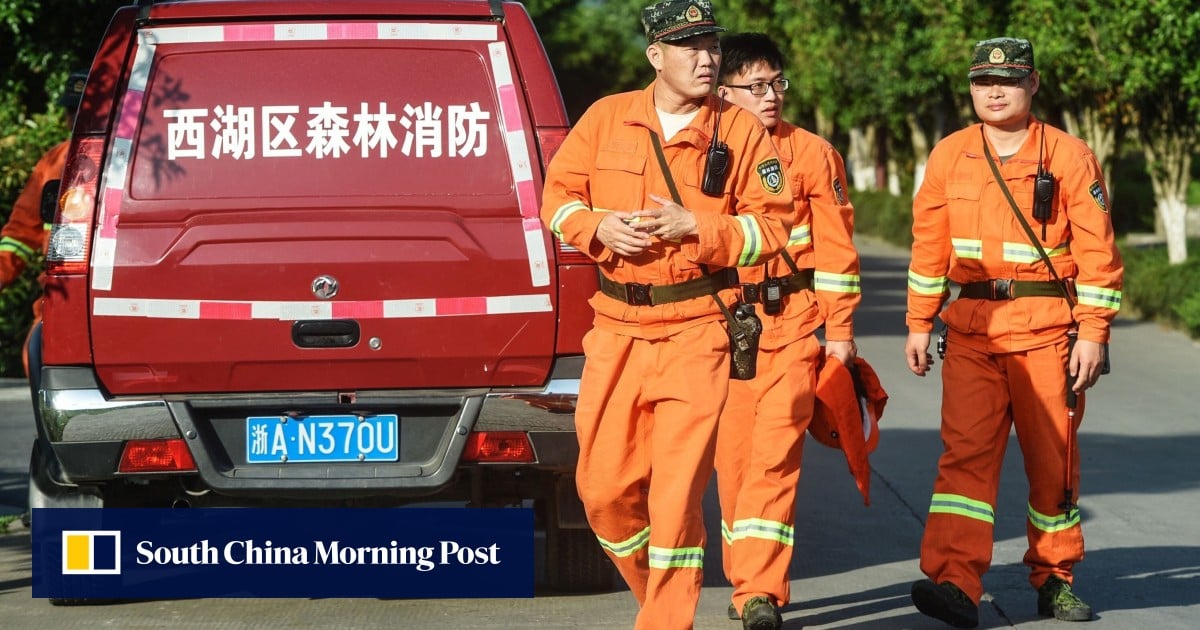 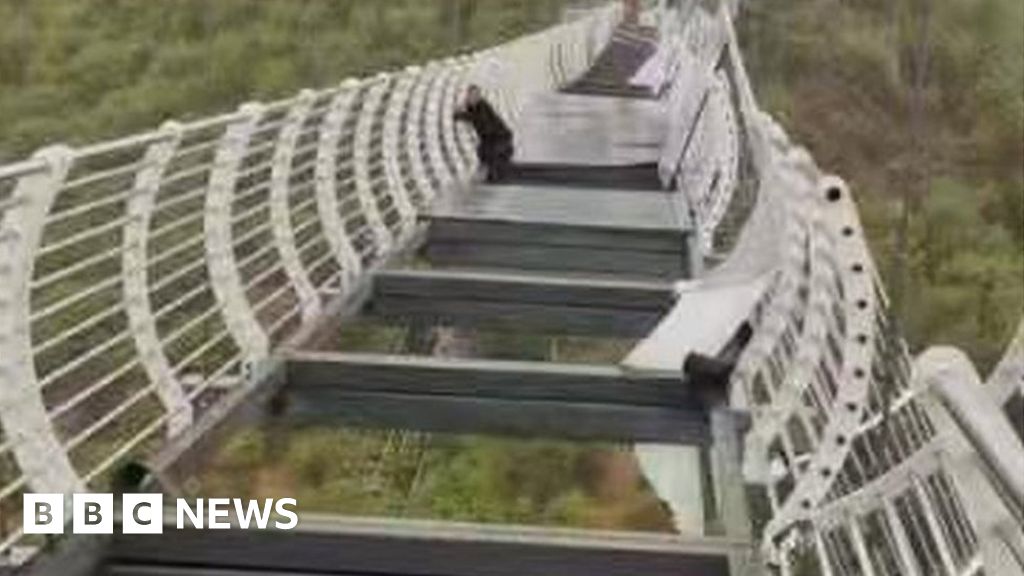