The comment came when a reporter asked Psaki to explain why Biden had just met with six illegal aliens who are campaigning for national amnesty.

The six illegals were brought to the United States as children by their illegal alien parents without legal or public approval. They are enrolled in former President Barack Obama’s legally uncertain work-permit program, dubbed Deferred Action for Childhood Arrivals (DACA). The questioner asked, “What message is the president trying to send by having DACA recipients come here? [You] have all these [political] priorities you have to do, [such as] jobs and infrastructure. … Where does immigration rank?”

Psaki responded by declaring, “I think the president believes that DACA recipients are part of the American story and part of the fabric of who we are as a country and kind of what the American Dream represents. So bringing them here is an opportunity to highlight that:

Jen Psaki says DACA illegals are “part of the fabric of who we are” and “what the American dream represents” pic.twitter.com/221LPboRDe

The establishment of illegal migrants as legitimate participants in Americans’ society would have major political consequences.

For example, it would allow the government to deny American-born children and adults any priority above any illegal migrants. It would allow the government to redistribute Americans’ limited resources and constitutional rights — such as the ballot, political representation, jobs, good housing, cultural priorities, taxpayer-funded resources — towards many millions of foreigners who break multiple law to sneak into the United States.

There are at least 11 million illegal immigrants already in the United States and more arriving every day because of Biden’s border policies. More than 100 million foreigners want to move to the United States, according to Gallup.

“There has historically been agreement about the powerful stories of DACA recipients, of the incredible contributions they have the potential to make in our country, from Democrats and Republicans. He’s certainly bringing them here to highlight that. And as he said in his joint session address, he believes there’s an opportunity to move forward on areas where we agree, so let’s find areas where we agree on immigration reform.”

The vast majority of DACA migrants work in coastal blue-collar workplaces. Like other illegal aliens, they reduce pressure on employers to raise Americans’ wages, invest in labor-saving machinery, or create jobs in the Heartland counties, and also boost consumer sales, housing prices, and stock values. Business and progressive groups are funding an amnesty campaign for the aliens — but fiercely oppose any offsetting measures to prevent any recurrence or additional damage to Americans.

Many polls show that the public strongly opposes the establishment’s bipartisan support for labor immigration, illegal migration, and extraction migration.

“I will say … he put forward an immigration bill, as you know, on his first day in office. He continues to advocate for that. He talked about it in his joint session speech, and he’ll continue to have conversations and have his senior staff have conversations about how we can move that, or components of that, forward.”

Biden’s bill would have a radical impact on Americans. It would flatten middle-class wages and spike housing prices by inflating the population. It would boost Wall Street and allow the Fortune 500 companies to hire an unlimited supply of cheap and subservient foreign graduates instead of American graduates. It would shift political power away from native-born Americans towards the migrants who are increasingly favored by coastal investors and progressives:

Sen. Ted Cruz gets to the heart of the issue: "The open borders policy of Democrats is driving down the wages of millions of Americans."
(Yes, and also stalling Central America & enriching FWDus investors)https://t.co/4CtdEFqdfC

The elites’ praise for migrants is a form of “xeno-mania” — excessive praise for outsiders, Mark Krikorian, the director of the Center for Immigration Studies, told Breitbart News on May 2: “The worldview that foreigners are better than Americans is clearly a demotivator for our government [enforcement]. … It may well even embolden [migrants] to break the law because the [elite] Americans don’t take it all that seriously, either.”

But the praise for migrants is often insincere, he said, because it is used to mask the elites’ economic warfare against the many millions of working Americans who are trying to preserve their families’ wages and wealth amid the elites’ invited flood of low-wage workers.

For example, in February 2020, Joe Biden praised the young migrants who were given the quasi-legal work permits under President Barack Obama’s DACA directive:

“DACA students are more American than most Americans are. No, I’m serious. Think about it. … They’ve been good, decent citizens, and they’re great additions. By the way … you know [why] our Social Security system is still solvent? Because of immigration. They didn’t cost us anything; they’re paying for it.”

Migrants “are a blessing to America,” House Speaker Nancy Pelosi declared in February 2018. “These are the best of the best; they are so fabulous,” she said.

“We’re nothing if we’re not a nation of immigrants,” Democrat leader Chuck Schumer (D-NY) said in December 2020. “Immigrants built this country with their hands, enriched our culture with their minds and spirit, and provided the spark that drives our economy.”

“Small immigrant-owned businesses … are the backbone of our communities — and of our country,” Alejandro Mayorkas, head of Biden’s Department of Homeland Security, said on April 28.

“One of the reasons I wrote the book [about immigrants] was to remind our citizens how fortunate we are to have people like Kim Mitchell in our midst, people who really appreciate freedom, people who are patriotic, people who are, whose entrepreneurial spirits get ignited when they come to a place where if you dream big and work hard, you have a chance to make it.”

Joe Biden claims "Immigration has always been essential to America."
Immigrants were 1/12th of the population when Biden was born in 1942, 1/20 when he was 21, and 1/21 when US got to the moon.
Now 1/7.
Biden's message: immigration for thee, not for me. https://t.co/PDzQ9QJzFJ

Stop circumventing the constitutional laws on the books and the will of the American people. If you want to change the laws then have at it- good luck. Polling overwhelmingly supports controlled borders and legal immigration not illegal. The simplistic talking point on the left that the law criminalizing illegal entrance into the interior of the country was just a white supremacist nativist edict denies the context of drugs, alcohol, and weapons pouring over the borders even back then and increase crime waves along with border towns.

Additionally, oppression and trafficking of people. This entire issue was complicated when liberal Ted Kennedy and others passed the HART-CELLER ACT which changed the criteria for who we accept for legal immigration into the country, essentially flooding the zone with meritless and burdensome on the state immigrants from across the world.

Read about the Hart- Celler Act ( National Immigration Act of 1965): 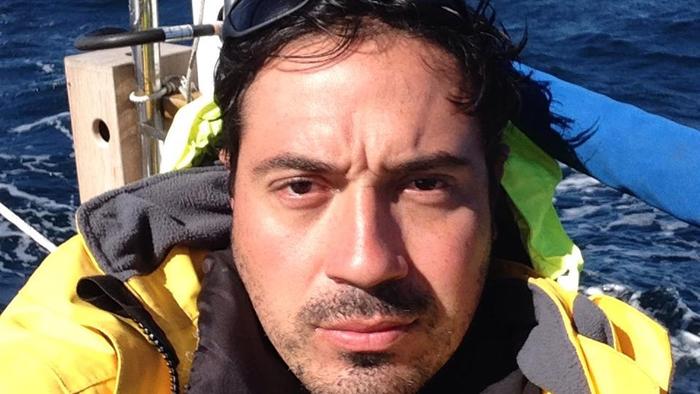