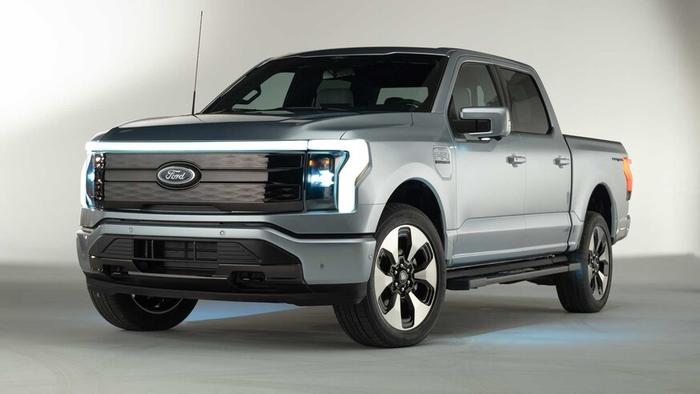 Ford’s hopes to follow in Tesla’s and GM’s footsteps and piggyback on the EV/ESG bandwagon will be tested this morning, with Ford stock spiking then sliding in jittery trade after Ford confirmed yesterday’s Reuters rumor that the company would boost spending on electric vehicles by at least 36% to $30 billion and said that  40% of Ford global vehicle volume to be all-electric by 2030;

Ford also said it is creating a commercial vehicles service and distribution business to be known as FordPro to generate a recurring revenue stream. Moving away form a single transaction business model — where all revenue comes from the sale of a car — will help the automaker realize an 8% operating margin by 2023, it said in a statement.

The announcement comes ahead of its Capital Markets Day meeting with investors, in which among other things, Ford explains how it will “lead the electrification revolution”: 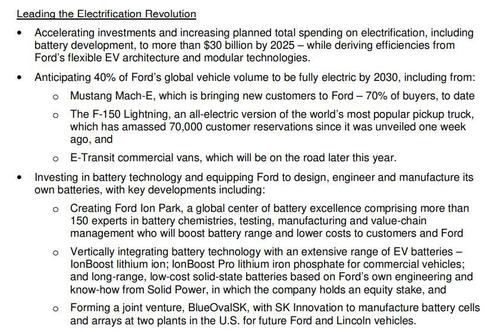 “This is our biggest opportunity for growth and value creation since Henry Ford started to scale the Model T, and we’re grabbing it with both hands,” Chief Executive Officer Jim Farley said in the statement.

Ford stock was volatile in response, first rising then dropping to session lows, before the algos realized that all of this had been leaked previously. 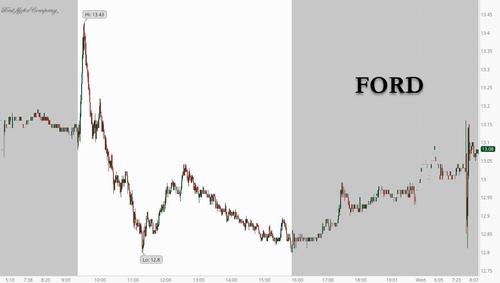 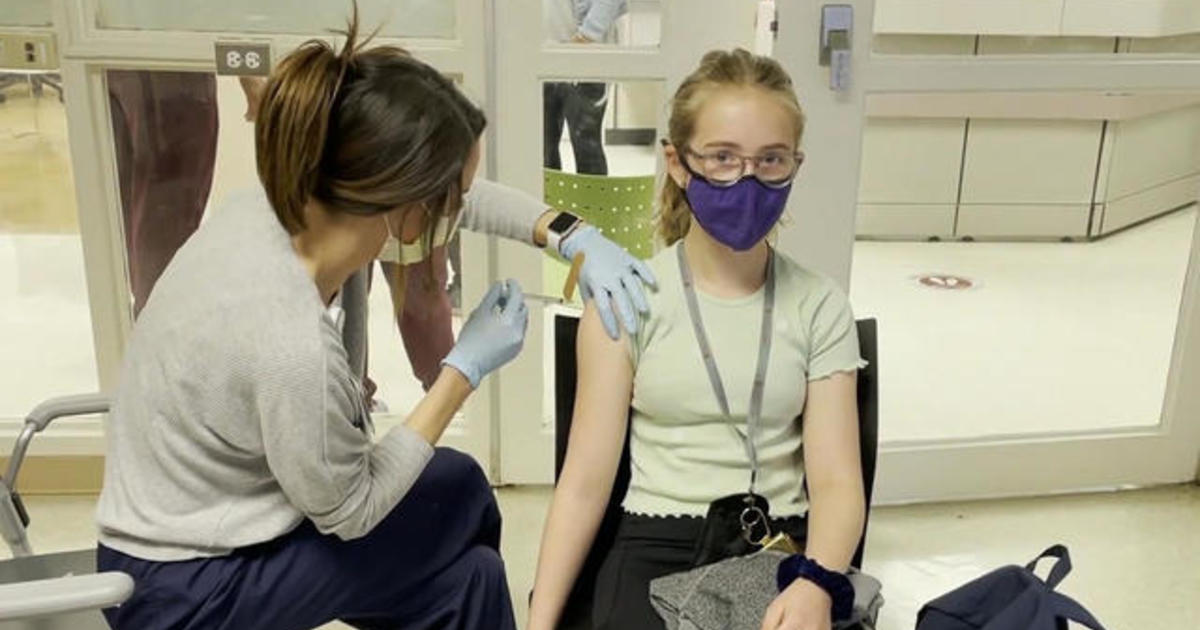