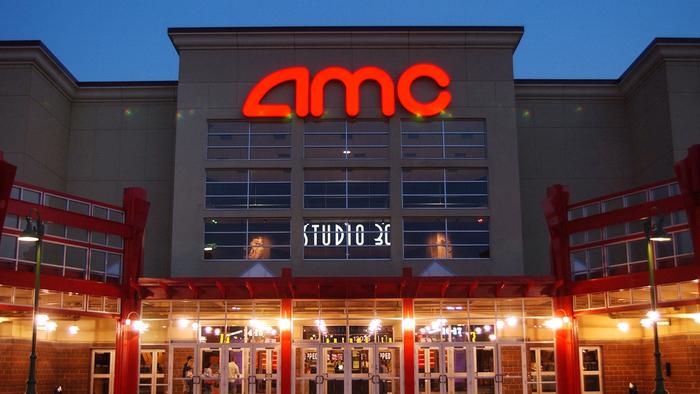 Last Friday, when meme stocks AMC and (to a lesser extent) Gamestop were soaring after the latest Reddit-raid decided to snuff out any remaining shorts while piling into the two legacy retail names, we said that the only question is “whether AMC management will surprise the Reddit army today or if it will wait until after the long weekend to unveil the latest dilution.”

One hour ago, with the Memorial Day weekend now in the rearview mirror, we got the answer: it was indeed the latter, with the company announcing the sale of another 8.5 million AMC shares (this followed just three weeks after the company raised $428MM in share) to Mudrick Capital at a price of about $27.12 each. The offering price was, strangely enough, a premium to Friday’s close of $26.12 and suggests that Mudrick is now also in on the joke, and is hoping to buy more stock at a higher price while squeezing shorts in the process boosting his existing holdings. 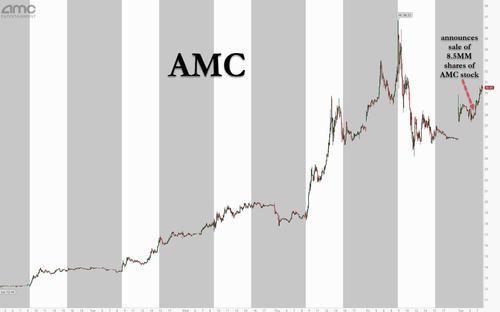 AMC plans to use the cash proceeds from the sale for acquisitions of additional theater leases, as well as investments into AMC’s existing theatres, the company said in a statement. It is in discussions with multiple landlords of theaters formerly operated by Arclight Cinemas and Pacific Theatres, said Chief Executive Officer Adam Aron.

“With this agreement with Mudrick Capital, we have raised funds that will allow us to be aggressive in going after the most valuable theatre assets, as well as to make other strategic investments in our business and to pursue deleveraging opportunities,” he said in the statement. What he really meant is that Mudrick is only in it for the ride as long as upward momentum remains. Once it reverses, the hedge fund will bail leaving retail investors stuck holding the bag.

In a five-part tweetstorm, CEO Adam Aron rushed to convince the reddit faithful that the company is diluting shareholders and selling shares not because it is seeking to captialize on the latest bout of retail-driven stock insanity, but because there is so much value he just has to share it with Millennials:

Let me address the smart raising of equity capital. I believe one of the best things $AMC did in 2021 was to raise $428 million a few weeks ago, at $9.94 per share. Rather than dilution affecting AMC badly in the short term, as some feared, we greatly strengthened AMC.

We are seeing some terrific opportunities to pick up important theatres from other faltering chains. This can be a real way for AMC to grow again, creating immediate value for AMC shareholders. But we will need more cash to get these theatres under lease.

Today, we announced selling 8.5 million AMC shares at a price of about $27.12 each. 8.5 million shares is less than 1.7% of our outstanding shares, and is a small portion of our typical trading volume. But it gives us $230.5 million of cash to use primarily to grow AMC.

First in our sights are the strongest Arclight/Pacific theatres that will not re-open due to pandemic pressures.  No one is out of the woods yet, but we like AMC’s improved liquidity, the increases of vaccinated people and the imminent release of new blockbuster movies.

In our view, this is not mindless dilution, but rather this is very smart raising of cash so that we can grow this company… to many of you on Twitter, to grow YOUR company. Watch out naysayers, $AMC is going to play on offense again. Here we come!

In our view, this is not mindless dilution, but rather this is very smart raising of cash so that we can grow this company… to many of you on Twitter, to grow YOUR company. Watch out naysayers, $AMC is going to play on offense again. Here we come! {5 of 5}

… the retail army is actually believing that this company with $11BN in debt is actually a good buy at the current market cap, which is now approaching $20BN with all the massive new dilutions. 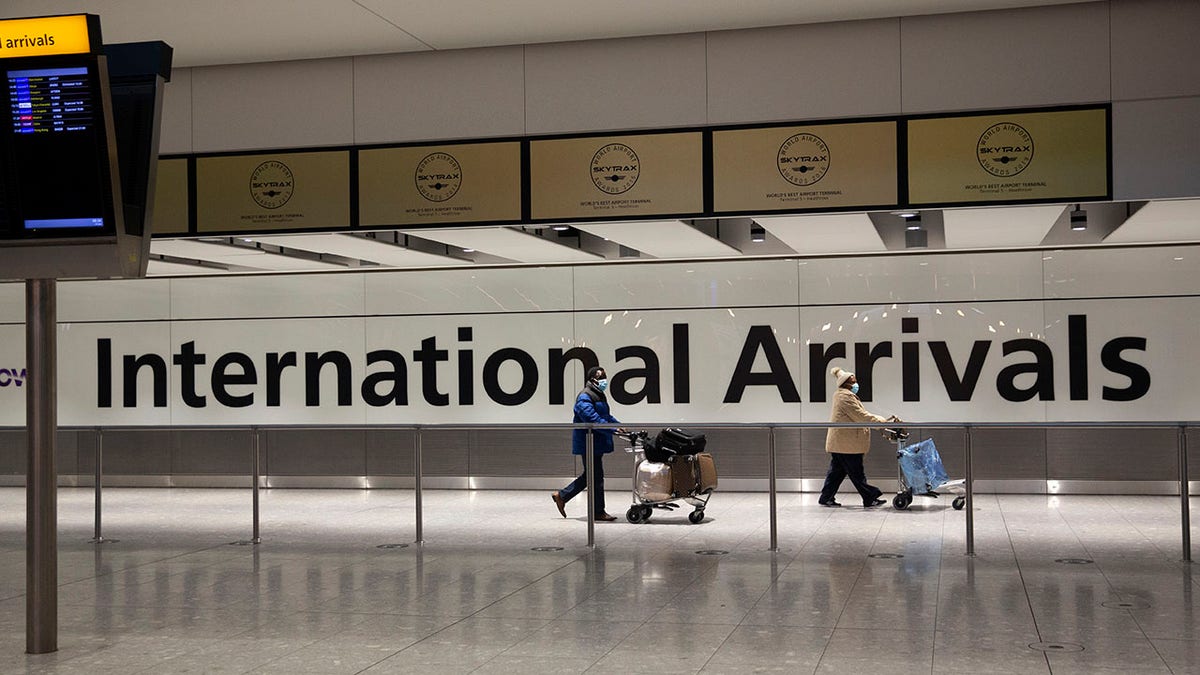