“While the American Rescue Plan is changing the course of the pandemic and delivering relief for working families, this is no time to build back to the way things were. This is the moment to reimagine and rebuild a new economy. “

Question: By all accounts, “the way things were” worked pretty well. Why do we need a new economy?

‘In Fall of 2020, despite the pandemic, 56% of U.S. voters polled said their families were better off today than they were four years ago.- Gallup.’

Why does Joe Biden need to start from scratch, if a sizeable portion of the American population approved of “the way things were?” Imagine Elon Musk waking up one morning and saying: “Even though most of my customers really like their Tesla cars, I really don’t think it’s working out for them. Let me demolish all my factories and spend trillions of dollars to ‘re-imagine Tesla!” Elon Musk would never do that because that is not how a successful business works. But Joe Biden is not aiming to build a successful economy.

Under President Trump, the American population was fully employed. Anybody who wanted a job could get one. And there is a caveat. Anybody who wanted a job prospered. People who did not want a job did not. The economy was not working for people who wanted things from the government. Biden administration wants to take care of these people. To do that, Biden will spend 6 trillion dollars to destroy the prosperity that the Trump economy created for no money at all.

If you haven’t read Joe Biden’s American Jobs Plan, because you have a job and a family to care for, here is a digest:

“We also must ensure that every American who wants to can afford high-quality and reliable broadband internet. While the President recognizes that individual subsidies to cover internet costs may be needed in the short term, he believes continually providing subsidies to cover the cost of overpriced internet service.”

Translation:  if your neighbor does not have a job, you will pay for their Internet.

“This $10 billion investment will put a new, diverse generation of Americans to work conserving our public lands and waters, bolstering community resilience, and advancing environmental justice.”

Translation: if your neighbor does not have a job, the government will provide them with one “advancing environmental justice,” and you will pay their salary.

“The President’s plan invests $213 billion to produce, preserve, and retrofit more than two million affordable and sustainable places to live. It pairs this investment with an innovative new approach to eliminate state and local exclusionary zoning laws, which drive up the cost of construction and keep families from moving to neighborhoods with more opportunities for them and their kids.”

Translation: if your neighbor does not have a job, you will pay for their “sustainable house.”

And this is just a start.  If Biden’s proposals are implemented, you will pay for childcare, community college, and the right to join the union, of the people who don’t want to work.  You, the American worker, will pay for every San Francisco drug addict’s housing.  You will pay for universal basic income in Oakland, CA.  Progressives take care of people who do not work – even if they can.  You are stuck with the bill.

The reason why this philosophy always failed is free people will not work for 8 hours or more a day and then give 80% of their salary to pay for their neighbor’s house. As a compassionate society, working people will do their best to help those who need a helping hand. Safety nets, such as social security, welfare, food assistance, etc., are covered by our taxes, and as a society, we must make sure that nobody is starving. But free people will not subsidize the standard of living of other people. I cannot be required to pay for other people’s childcare, “sustainable” housing, and “the right to bargain collectively.” It is not my responsibility.

The reason for people to work, innovate, and be generally productive, is not to financially support people who cannot, or will not, work.  The reason people work is to provide a higher standard of living for their own families.  We want to pay for our children’s college; to go on a nice vacation; to eat out at an upscale restaurant occasionally.  Wealth gives people comfort.  Wealth gives people self-worth.  Wealth, essentially, gives people freedom.

Promoting socialism is the only branch of science in that “spreading the wealth” makes the wealth multiply. The Black Lives Matter founder, Patrice Cullors, a self-described “trained Marxist,” who wants to redistribute your money to people of color, managed to amass a multimillion-dollar real estate portfolio in LA’s wealthiest neighborhoods. Apparently, she did not get around to spreading this wealth to other black people. “Spreading the wealth” was only limited to Cullors’ own family and friends.

And that is the way socialism always works. The party apparatchiks in the Soviet Union lived in lavish conditions and spent summers on their dachas (summer houses) while working people lived in dilapidated apartments with no bathrooms. Party poo-bahs had access to the best food while working people were waiting in bread lines. Socialists have needs too, and working people end up paying to have these needs met.

If you have any questions, see Biden’s “American Jobs Plan.” 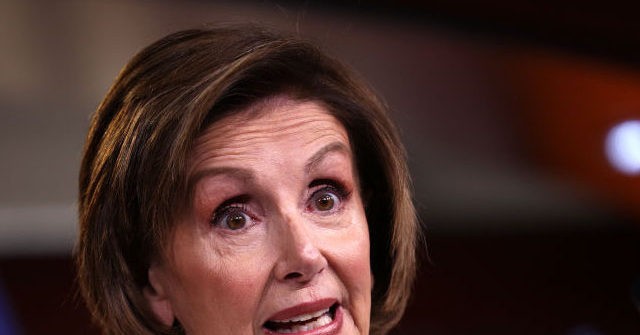