Translation: The Biden Administration cannot get the votes in Congress to pass hate speech laws as they have in the United Kingdom.

This is a run-around move to circumvent the first amendment protections of all Americans by executive fiat. Like it or not in a free country your thoughts are not criminalized. The concept our institutions will monitor and assign an American as a domestic threat over non-actionable thoughts is not only absurd but in truth- totalitarianism.

The Biden Cabal will now throw around your taxpayer funds through agencies to coerce compliance and once the law enforcement, Military, Homeland Security, Justice Department, and others on the sugar they will be useless to defend American’s constitutional rights. One should remember that the funding that fueled BLM at the organizational level came from grants out of Obama’s justice department. The bold insertion of Big Tech as an arm of surveillance for the government is chilling. Big Brother is real.

America just lived through a presidential election and the aftermath is still ongoing where the big Tech Oligarchy used censorship to put a finger on the public perception as an in-kind donation to the Democrat party, read more here. We should be demanding congress to regulate and lessen the reach of Big Tech not hand them more reins.

The left created a study from a left-wing think tank to promote false stats on white supremacist’s as the number one domestic threat, read here and here. Use your brain and ask yourself how much property has white supremacists destroyed in the last decade? BLM/Antifa is on the hook for over two billion and counting! How about injuries and deaths? The omission of BLM and Antifa in this 1984 fantasy reveals beyond a doubt what the goal of this crackdown is NOT the safety of Americans or domestic security.

Political prosecutions are already evident in our country as those who dared to walk through open doors into the US Capitol as Capitol Police stood by are languishing in solitary confinement in a DC Jail as we speak, read here. And we all are witnesses to the Mueller political prosecutions.

And what about the section that states “Civic Education?” This will be indoctrination of Marxist Critical Race Theory, read more here.

What comes next? No seriously what?

Lions, Tigers, and Bears no more… Zuckerberg, Dorsey, and Sundar Pichai, Oh My!

The White House on Tuesday announced President Joe Biden’s National Strategy for Countering Domestic Terrorism, a first-of-its-kind, four-pillared approach to improve how domestic terrorism is defined, identified, and combated. The strategy’s main aim is to target those with racist or anti-government ideology, which the administration says is espoused by domestic terrorists.

The strategy says that experts and evidence have shown today’s domestic terrorists include those who espouse “racial or ethnic bigotry and hatred” as well as “anti-government or anti-authority sentiment.” However, anti-law enforcement ideologies such as those espoused by Antifa and Black Lives Matter were not mentioned.

“Racially or ethnically motivated violent extremists (principally those who promote the superiority of the white race) and militia violent extremists are assessed as presenting the most persistent and lethal threats,” the strategy says.

A senior administration official told American Military News and other outlets on a Monday press call that the strategy aims to “create conditions of public safety and ensure people can express their political views as is appropriate in a democracy.”

The strategy’s four pillars consist of:

The strategy will entail further support to law enforcement via funding and training to help law enforcement partners identify domestic terror threats and counter “those who seek to use violence to achieve their political end,” the official said.

The administration official also added that the strategy will include enhanced partnerships with tech companies in the effort to identify and combat “domestic terrorism content” online.

The official said the administration is working with tech companies “as to facilitate their more assertive voluntary enforcement of their terms of service on their platforms to protect other users from those who might pose threats of violence.”

The strategy also aims to “foster programming that can build digital literacy and other forms of resilience to domestic terrorist recruitment online” as well as malicious content from extremists.

“Domestic terrorism – driven by hate, bigotry, and other forms of extremism— is a stain on the soul of America.  It goes against everything our country strives for and it poses a direct challenge to our national security, democracy, and unity,” Biden said in a statement on Tuesday.

The strategy calls for the DOD to develop a plan to ensure that people recruited into the military and those separating or retiring from the military “are worthy of the role of a military member” and are not “preyed upon,” the official said.

Secretary of Defense Lloyd J. Austin called the strategy “a milestone in our country’s efforts to address a serious and growing security threat,” and vowed the Department of Defense’s support, including its “robust relationship with federal law enforcement.”

Austin also said supporting the strategy includes DOD’s “refining our policies to better address this issue within the Department.”

Department of Homeland Security Secretary Alejandro Mayorkas said the DHS is “undertaking a number of actions as part of an all-of-government effort to fight domestic terrorism,” including open-source information to identify and counter threats, among others. 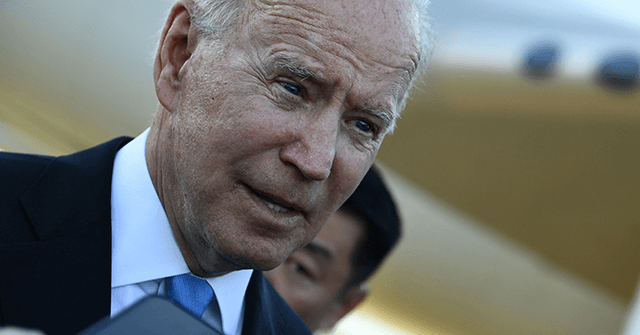