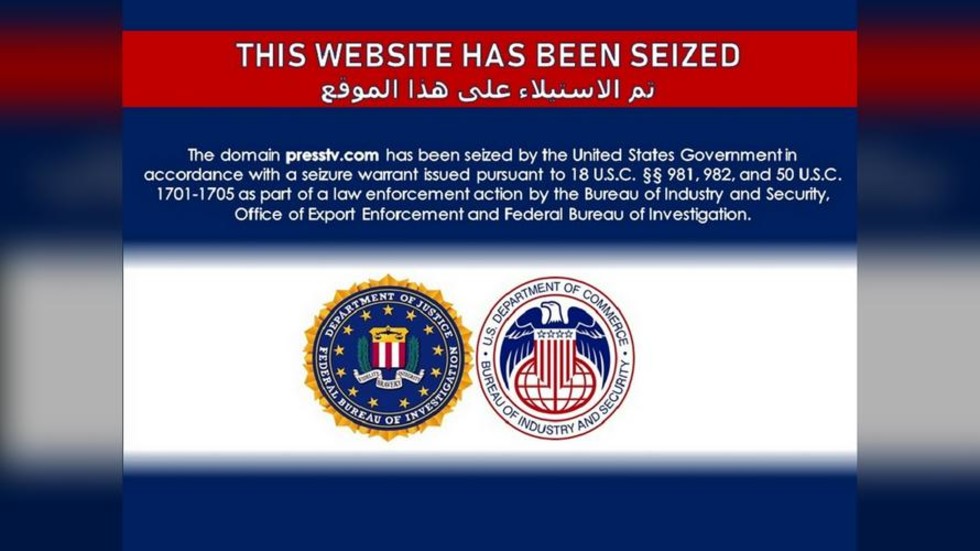 US authorities have apparently seized the web domains of Iran’s international media outlets Press TV and Al-Alam, along with the Yemeni TV channel Al Masirah, run by the Houthi faction.

Visitors to the three domains were greeted on Tuesday with a notice that they were seized under US laws that allow civil and criminal forfeiture of property involved in “trafficking in nuclear, chemical, biological, or radiological weapons technology or material, or the manufacture, importation, sale, or distribution of a controlled substance.”

The seizure notice by the US Department of Justice also invokes a law governing presidential authority in dealing with “unusual and extraordinary threat; declaration of national emergency,” which includes the Iran Nonproliferation Amendments Act of 2005 and the ironically named Iran Freedom Support Act of 2006.

Going to @PressTV‘s website gives this message now. The US codes cited are civil & criminal forfeiture and powers given to the US president during a national emergency. pic.twitter.com/XY0WJd1SN6

#BREAKING: in addition to #Iran IRIB’s Al-Alam, the U.S. government has seized Al-Masirah’s news website, which is associated with the #Houthis in #Yemen. pic.twitter.com/9YDGA2u05p

Launched in July 2007, Press TV is the international English-language service of the Islamic Republic of Iran Broadcasting (IRIB), Tehran’s state media agency. Al-Alam goes back to 2003 and is broadcast in Arabic, Farsi and English to audiences in the Middle East and the Mediterranean.

The FBI & the obscure Bureau of Industry & Security, an agency birthed in 2001 with the task advancing “national security, foreign policy, & economic objectives” – have shut down Press TV. I was on @PressTV last week to talk about the US stealing $100m of Iranian oil. Ironic pic.twitter.com/fdqJQFml7Z

Al-Masirah is not owned by Iran, but by Ansarullah – the movement of the Houthis in Yemen, a faction the US has accused of being “proxies” of Iran on account of them being Shia Muslims and resisting the invasion of Yemen by Saudi Arabia since 2015. The TV channel is headquartered in Beirut, Lebanon.

Neither the US nor the Iranian authorities have commented on the seizures just yet. Meanwhile, the NGO Yemen Solidarity Council (YSC) condemned “the deliberate silencing of the Yemeni voice by the American regime.”

In a statement released through the YSC, Al Masirah said it was “not surprised” by the apparent seizure, as it “comes from those that have supervised the most heinous crimes against our people.”

The “ban” on the website “reveals, once again, the falsehood of the slogans of freedom of expression and all the other headlines promoted by the United States of America, including its inability to confront the truth,” the outlet said.

“This American ban on the Al Masirah Net website and other friendly website reveals, once again, the falsehood of the slogans of freedom of expression and all the other headlines promoted by the United States of America, including its inability to confront the truth.”

PressTV only said that a seizure message has appeared “on the websites of a series of Iranian and regional television networks” in “what seems to be a coordinated action.”

In the absence of any official word, there has been speculation that the domains may have been hacked instead. Furthermore, the seizures appear to have affected only the .com and .net domains that are under US jurisdiction. PressTV remains available at the .ir domain.

We firmly oppose the apparent U.S. seizure of news websites, state-run or otherwise. This sets a dangerous precedent. Iran’s @PressTV, Al-Alam along w/ Yemeni’s Al Masirah are showing this graphic. Still some debate that they’ve been hacked. No official word from DOJ. pic.twitter.com/E1H5DYNQaG

Washington’s apparent move comes just a day after the newly elected Iranian President Ebrahim Raisi urged the US to lift all sanctions on Tehran and rejoin the 2015 nuclear deal, negotiated by the Obama administration but unilaterally repudiated by President Donald Trump in 2018.

Raisi called on the US to “live up to your commitments” in the deal, known as the Joint Comprehensive Plan of Action (JCPOA). He also said the Iranian ballistic missile program was “not up for negotiation.”

While the Trump administration took a hard-line approach to Iran, imposing unprecedented sanctions and even assassinating a senior Islamic Revolutionary Guard Corps general – resulting in Iranian missile strikes against US bases in Iraq – it never moved against media outlets. The Biden administration was thought to be open for relaxing tensions.

WTF??? US government SEIZES website of Iran’s Press TV, and 2 other media outlets—one Iranian and one belonging to the Houthis in Yemen. I thought Biden was trying to make peace with Iran??? https://t.co/MDdRW9JUDg pic.twitter.com/aLDsO0sVOW

Just last week, Iranian negotiators said they had reached a deal with their US counterparts to lift the Trump-era sanctions. 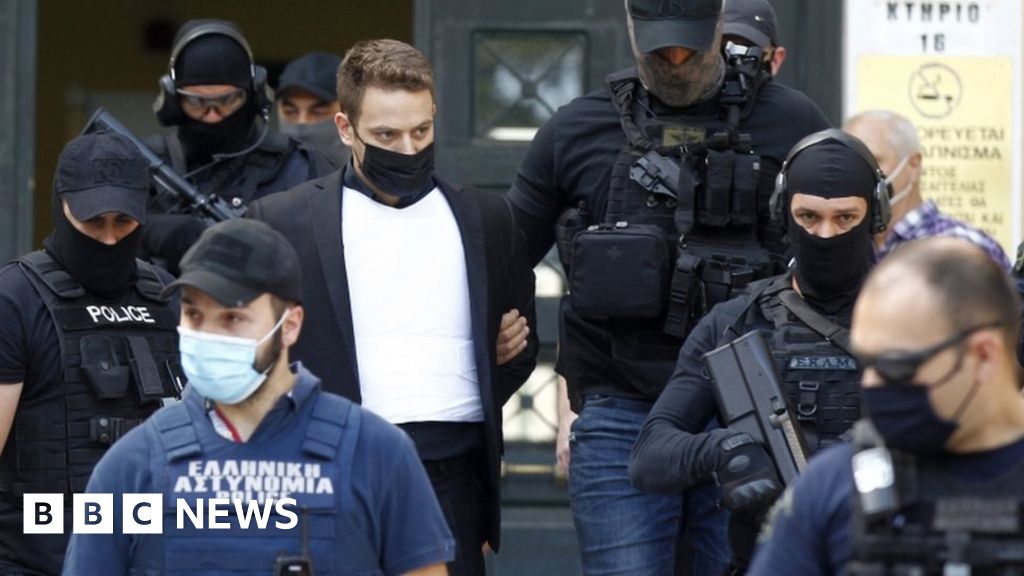