China has exploded on the world scene in recent years with economic growth never seen in world history. Three years ago, China made no laptops and now makes 40% of those sold worldwide. They produce most of the world’s cell phones and are the number one shoemaker globally, producing half of the world’s shoes! In addition, the Chinese make the television sets that Americans watch.

The American most responsible for Red China’s success is President Richard Nixon, whose trip to China was “the week that changed the world.” It is considered the most important trip ever made by a U.S. President. Nixon’s trip kicked awake the sleeping red dragon.

The trip was a greater disaster than Watergate. While the trip succeeded in driving a wedge between China and the Soviet Union, it also led to the resumption of diplomatic relations in 1979 between America and China, ending 25 years of no communication or diplomatic ties between the two countries.

We are now in a war with China because of Nixon’s “successful” trip.

All United States reporters had been banned from China, yet the Chinese permitted almost a hundred reporters to travel with Nixon and film numerous live events. However, Nixon didn’t know that the people he talked to on the streets and at the Great Wall were selected by the CCP. There were no casual, unplanned conversations. Communist tyrants can’t permit free discussion about anything.

Astute Americans are beginning to understand that truth.

The United States had recognized the Taiwan government as the sole government of China and had no diplomatic relations with China, but Nixon’s trip changed everything. The U.S. switched its attention from Taiwan to China; after all, that’s where the potential, the people, and the power were. America announced, “The United States and Taiwan enjoy a robust unofficial relationship” but went on to say in a 1979 joint communique that we had switched diplomatic recognition from Taipei, Taiwan, to Beijing, China. In the Joint Communique, the United States “recognized the Government of the People’s Republic of China as the sole legal government of China, acknowledging the Chinese position that there is but one China and Taiwan is part of China.”

There, that did it. From now on, the U.S. would pretend that the Red Chinese Government was the genuine representative of Chinese people and not a massive, dreadful prison house of despair. Moreover, we would pretend that Taiwan is not an independent nation, but we were still friends with the Taiwanese after spitting in their faces. American officials made it clear: The United States does not support the independence of Taiwan.

However, it is not that simple. In fact, it’s a quagmire. President Bush was asked on April 25, 2001, “If Taiwan were attacked by China, do we (the U.S.) have an obligation to defend the Taiwanese?” He responded, “Yes, we do.” Biden said on March 8, 2021, “We will continue to assist Taiwan in maintaining a sufficient self-defense capability.” So, while Taiwan does not officially exist, the U.S. will defend them if attacked by the Chinese Communists!

Or are we still pretending?

When Mao was introduced to Nixon upon his arrival, Mao said, “I believe our old friend Chiang Kai-shek would not approve of this.” That may be the most candid, correct, and consequential statement made during the week that changed the world.

Because of Nixon’s trip, China is the most aggressive and militarized nation (over 2.4 million army) on earth. It is the world’s biggest exporter of commodities, with exports of 2.5 trillion U.S. dollars in 2019. Manufactured products account for about 95% of China’s total exports, including automobiles, ships, locomotives, textiles, fertilizers, and electronics. It is the largest consumer in the world and is the second-biggest importer. That phenomenal growth made it the largest manufacturer in 2010, even passing the United States.

China is manufacturing the goods, and debt-ridden Americans are purchasing them. With that money, China buys American treasury bills, which puts us at the mercy of the Red Chinese. China made massive waves recently when they suggested that they might get out of U.S. dollars and sell our notes. When that happens, get out of the way because there will be a stampede for the exits, and millions of people will be trampled underfoot.

Hyperbole? Who knows? Who cares? Who is doing anything about this threat except some wringing of hands, holding the breath, and stomping of feet?

Politicians are taking advantage of China’s excess money, as seen in Hunter Biden’s incredible financial success with a China bank while his dad was vice president. The New York Times “confirmed revelations” that Hunter Biden’s private equity firm secured a $1.5 billion deal from the state-owned Bank of China “while his father was vice president.” Wonder what he provided as collateral for a billion-dollar loan. For sure, it wasn’t his signature.

Some blockbuster news recently suggests it was his father’s name.

One of Hunter Biden’s former business partners, Tony Bobulinski, said, “he heard him and his father, Joe Biden, discuss his dealings with a mysterious Chinese energy firm in 2017 and that the former vice president was due to receive a share of the profits.” But then, maybe Joe has no memory of that collusion with the enemy! Bobulinski added, “The Biden family aggressively leveraged the Biden family name to make millions of dollars from foreign entities even though some were from communist controlled China.”

Greedy Americans cooperating with the Red Chinese think they are brilliant in their financial accomplishments, not realizing they are simply nibbling on a dangling carrot held by a ruthless tyrant.

The unscrupulous use of politicians is one way China has leapfrogged over other industrial nations to first place. But, of course, both China and its U.S. cronies are reciprocal reprobates making barrels of money at others’ expense.

America still has the trophy as the world’s largest economy; however, China is growing three times faster than the U.S. Over the last 30 years, China had the most rapid growth rate globally with an annual average growth of about 10%. This year it has grown slower than any time in the last ten years.

China is the largest source of gold globally, with the country mining about 463.7 tons of gold in 2016. China’s gold production has been increasing in recent years and has doubled in the past decade. Coal mining is the third-largest in the world. In addition, China is the fourth-largest oil producer globally. Isn’t it interesting that the U.S. is shutting down its coal mines and cutting back on oil production?

Even the village idiot asks, “Who benefits?”

Agriculture is another primary industry in China’s economy, with the country being both the largest consumer and producer of agricultural products in the world. About 300 million people work in China’s agricultural industry, the majority of whom are small-scale farmers. The most important crop produced in China is rice and is also the largest producer of poultry, eggs, and pigs.

From her impressive financial base, China is buying African nations as it bankrolls mammoth construction projects such as the rail system and the new headquarters of the African Union in Addis Ababa, Ethiopia, some media companies, utilities, and infrastructure, platinum industry, and a theme park in South Africa. Plus, a controversial loan to their troubled power utility, Eskom. Moreover, China has invested heavily in hydropower plants and oil refineries in Angola and Nigeria and a significant upgrade of Zimbabwe’s international airport and new parliament building.

China is also suborning the United States by infiltrating our major colleges and universities. According to the National Association of Scholars, there were 103 Confucius Institutes in the United States, but only 47 are now operating. Fifteen closed their doors on May 18, 2021. During a seizure of common sense, one wonders why there is even one spy institute collecting U.S. intelligence. The institutes are simply fronts for the Chinese Communist Party. Even our feminized Pentagon admits the institutes are a security threat, although China calls them “propaganda centers.” More correctly, they seek to corrupt American academics and give cover for nefarious spy activities.

Why would American educational institutions want anything to do with the Chinese Communist Party? Well, because of the dirty money and because it advances the cause of Communism. What’s not to love for a leftist? According to the Clarion Project, a 2020 investigation revealed “colleges across the United States failed to report nearly $1 billion in foreign gifts from 2013-2018.” The “gifts” came from China, Russia, and Saudi Arabia.

The head of the Chemistry Dept. at Harvard was caught secretly taking $1.5 million from the Chinese to set up a medical research lab in Wuhan. Yes, that Wuhan. He has been indicted by a federal grand jury and will probably go to the slammer for five years. Wonder if he will lose his Harvard tenure?

A UCLA professor was arrested for selling secrets to the CCP and faces 219 years in prison. Other professors in Georgia, Arkansas, Tennessee, West Virginia, etc., are facing jail time for selling out to the CCP.

Not only have U.S. university professors been corrupted, but we have also been invaded by 250,000 student-spies from China. A recent shocking report reveals a Chinese spy defected to America, Dong Jingwei confirmed to U.S. officials that a “third of all Chinese students in U.S. are spies.”

Clearly, we are at war.

Not only are the Chinese buying, bribing, and bullying their way into American education, they own (body and soul) some of our biggest entertainers and athletes, who obviously need more money. The pompous hypocrites in the entertainment and sports world climbed in bed with the Chinese Communists. The greedy Americans want an even bigger share of the consumer pie and freedom in Hong Kong, and human rights for Christians and Muslims are minor issues compared to money.

Professional athletes and actors are so dense or maybe dumb and for sure disloyal that they can’t recognize a dictator from a Democrat, but they are willing to pocket 30 pieces of silver from anyone. Thus, they are members in good standing of the Ancient Dishonorable Order of Judas Iscariot. It’s not about sports or entertainment or popularity; it’s about silver—about 30 pieces. That’s quid pro quo for pandering to and defending the human rights abuses of the Chinese Communist Party.

The CCP controls everything in China, including the media covering professional sports, as long as players don’t go rogue and complain about human rights, free speech, religious freedom, and freedom in Hong Kong. If players go off script (written by the CCP), the media contracts for their professional games will be limited or eliminated.

For those who wonder how China’s aggressive behavior will end, it may end with the average American left with a shoeshine kit and instructions on how to say “please” and “thank you” in Chinese.

And I never managed to effectively use chopsticks. 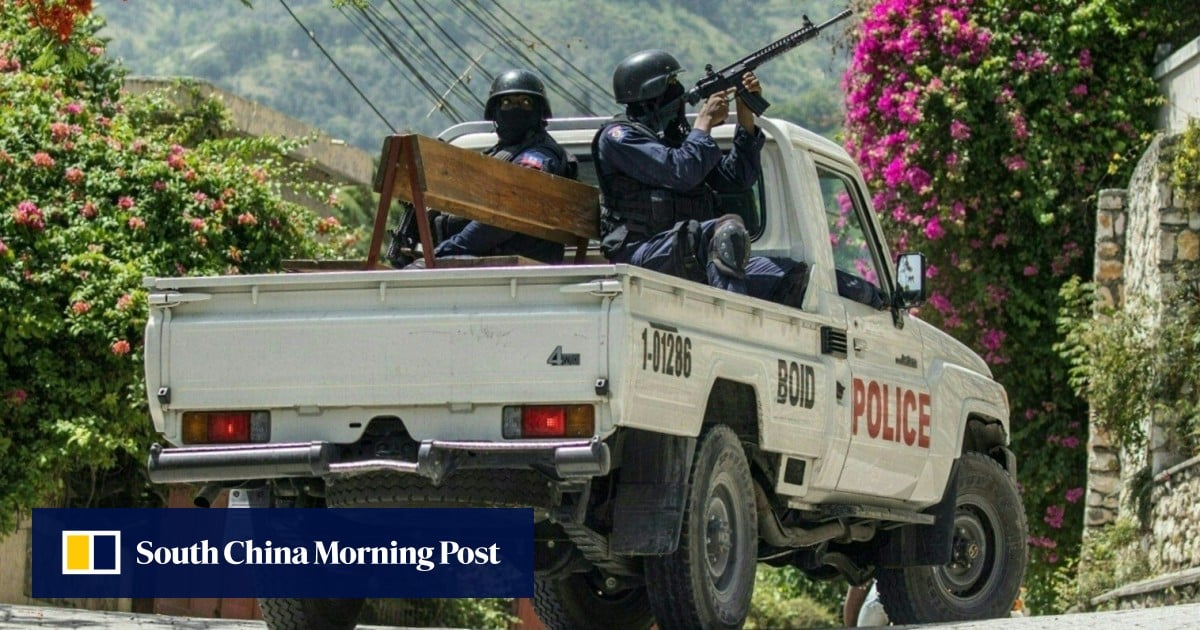 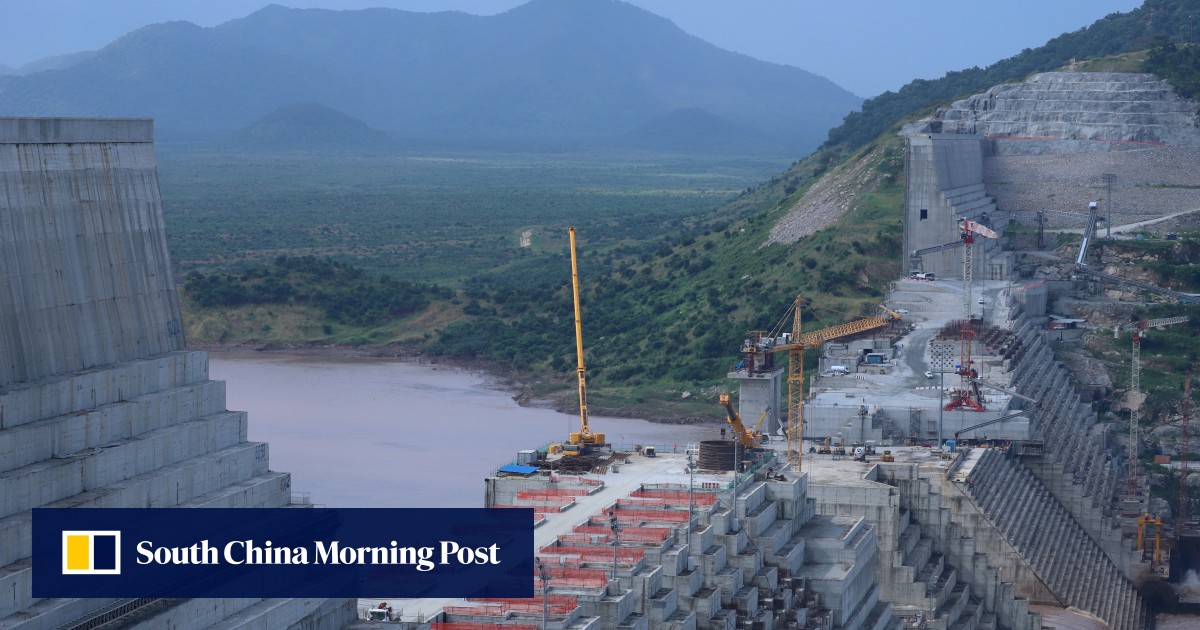