A majority of Americans believe in aliens and UFOs, and they really do think they come in peace. According to a Pew Research study (see excerpt below), about 65% of people said they think there is intelligent alien life on other planets – and the belief is rising. An even stronger majority of about 87% said they don’t believe UFOs are a security threat at all or only represent a minor one. 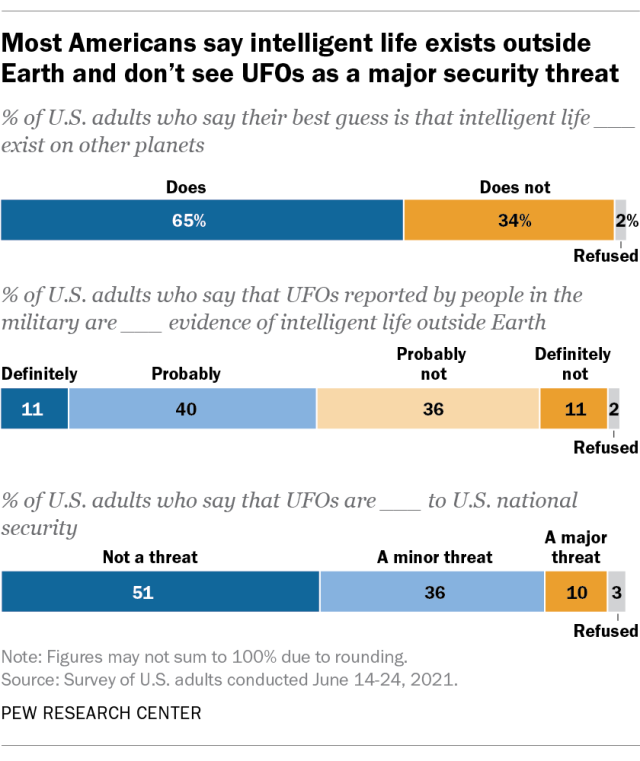 Perhaps not surprisingly, those who think there is intelligent life outside Earth are more inclined than others to see military reports of UFOs as evidence. From the survey alone, it is impossible to determine whether recent government information makes people more likely to believe the UFO reports are evidence of extraterrestrial life.

But is the government lying about UFOs?

After 75 years of taboo and ridicule, serious people can finally discuss the mysterious flying objects, and even skeptics say that’s a good thing. In a deeply polarized country where conspiracy theories have ripped apart American politics, belief in a UFO cover up seems possible. But are UFO’s psyops? Psyops could be an effort to cover-up military activities, fearmonger to drive public chaos, are more likely to gain larger Pentagon budgets.

Belief in God is on the decline.

A 2018 Gallup poll found that U.S. church membership has reached an all-time low of 50%, and one in five Americans does not identify with any religion. Most of the country still expresses belief in God. Exactly how large that majority is, however, depends on how nuanced the response options are. Gallup has asked this question three different ways in recent years, with beliefs varying across them from 87% to 64%. See details below. 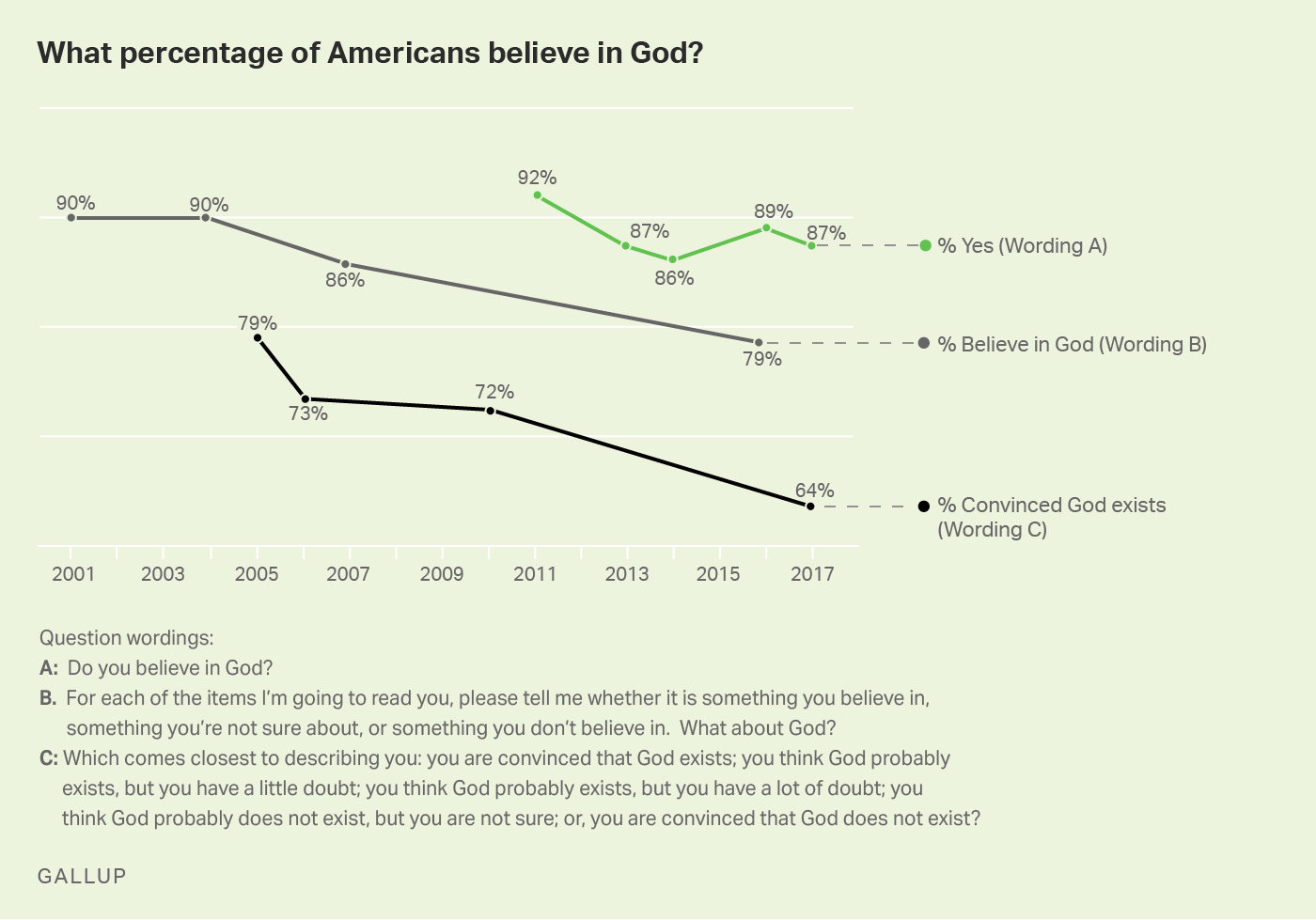 Polls often vary depending on how the poll question is asked. Using the stricter survey wording, only 64% of Americans are convinced that God exists – and it is on the decline. Of those who do not believe God exists, just how many would believe that the God described by many religions is, in fact, nefarious. Many non-God believers often question whether God is good. Whether you agree personally or not, the following are beliefs that are emerging as the majority belief by many in America:

These beliefs have flipped in the last few decades – from God to UFOs. Neither has been proven under any scientific methods. So why the flip? For one, everyone likes a mystery; it’s cool and God is old and boring – it opens possibilities of the future. Another is that UFOs have not asked us to do anything in our personal lives – at least not yet … 👽 A belief in UFOs, still allows us to do whatever we want to do.

A belief in a God may require us to do something that we won’t want to do – this is the crux of the issue with God.

Is it not strange that many things thought to be settled ideas have flipped 180 degrees in recent times? For example, judging people by skin color, merit-based societies, our gender, free speech, etc …, just to name a few. A mere decade ago the concept of assigning guilt to someone solely based on their skin color was more than taboo- today, CRT is promoted from the government level, read here. Merit and quality were essential measurements for differentiation and biology mattered- today, it is a phobia to address obvious facts, read here. Freedom of speech was the cornerstone of a functioning Republic today, censorship and cancel culture rule, read here.
So is the UFO/God paradigm just one more idea that has flipped?

Are there any Biblical references that would shed any light on this trend? Consider the following:

These references clearly show that mysteries and displays of wonders would occur. This is an often-used as Biblical explanation of UFOs. Perhaps a Psyops from Satan. But this is Biblical gobbledegook, you may say. Right, coming from people that believe in “wacko” UFO theories?

Even UFO believers have their own religions now – see here. But my UFO “wacko” theory is sanction by the government now – and is scientific. Oh … ok, now we are all trusting of government and people in white lab coats with pseudo-science theories.

Please give your thoughts in the comments below on this apparent change in beliefs that UFOs are good and God is bad. 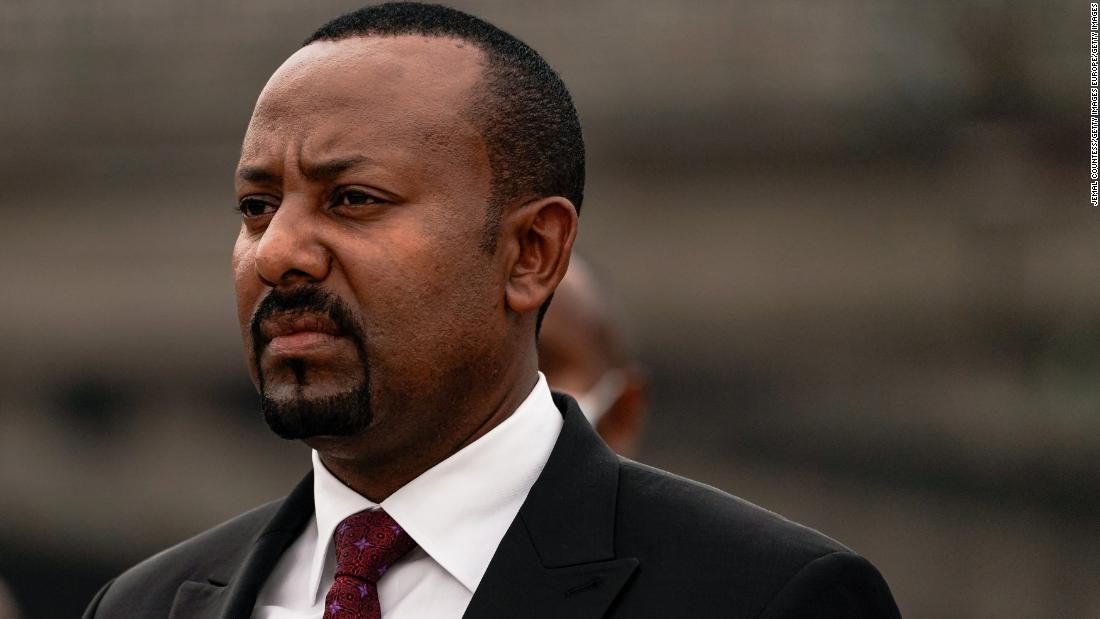