“Arise, arise, Riders of Theoden! Fell deeds awake: fire and slaughter! spear shall be shaken, shield be splintered, a sword-day, a red day, ere the sun rises! Ride now, ride now! Ride to Gondor!“—Theoden’s Speech Before the Battle of Pelennor Fields, Lord of the Rings: Return of the King

“The enemy outnumber us a paltry three to one, good odds for any Greek. This day we rescue a world from mysticism and tyranny and usher in a future brighter than anything we can imagine.” -Dilios’ speech to the Greeks before the Battle of Platea

“I came, I saw, God conquered.” -King John III Sobieski after his Winged Hussars saved Vienna and Christendom from the Ottomans.

Moving from fiction to reality, all three of those quotations tell the same tale; a tale of the forces of light triumphing, in their darkest hour, over the forces of evil.

In the first, King Theoden arrives and saves the day for Gondor, defeating Mordor’s vast army on the Pelennor Fields. In the second, the Greeks, led by the Spartans, “rescue a world from mysticism and tyranny” by defeating the Persians, avenging the death of Leonidas and his 300. In the third, the Polish army, led by its famous Winged Hussars, arrive at the last moments and force the Ottoman hordes back from the gates of Vienna, saving the West from an Ottoman menace no less dangerous or evil than the Persians defeated by Dilios and his men all those centuries before.

They’re similar in more ways than one, but, most importantly, they tell tales of armies of the righteous, led by one brave ruler, triumphing over the dark forces of tyranny. Liberty, moments away from being snuffed out, perhaps forever, is saved by the timely arrival of its bravest defenders. Furthermore, they’re tales of the West saving itself from the East, of Western knights defeating the Oriental hordes, of free men defeating those described by BAP as bugmen.

The danger to the West is today no less pressing than in those above examples. Today, the West is beset by a number of armies of evil, armies that outnumber it and could snuff it out, in the process plunging the world into darkness for a millennium, if not defeated. On one side we face the vast hordes of Islamic terrorists.

Originally trained by the mujahedeen in Afghanistan or terrorists in Chechnya, having cut their teeth in the blood-drenched battlefields of Iraq, Syria, Libya, Afghanistan, Somalia, Yemen, and many other failing states and scenes of horror, they stand ready to die if dying means striking a blow against the West.

Alongside them, the mullahs of Iran and their Hezbollah allies are working feverishly to develop missile and nuclear arsenals with which they can turn Western states into balls of flame.

Then there is communism and its various branches.

The Chinese stand ready to displace the US as the world’s premier power and spread their ideology of authoritarianism across the globe.

The North Koreans, having developed a nuclear arsenal, also stand ready to attack the West; they routinely threaten the US and South Korea, funded the Zimbabwean overthrow of the just and Western Rhodesian government, and fund criminal activities around the globe.

And, most worrisome, “critical theory,” itself a communist ideology, has spread its tentacles through every institution present in Western society despite being premised on the notion that the West must be destroyed.

Between CCP expansion and Soros’ funding of Antifa, BLM, and other Marxist groups premised on attacking the West and spreading critical theory, the communist threat is even more pressing than the Islamic one, although both are assaulting the gates of Vienna, so to speak.

And how has the West responded to these threats? With utter, contemptible weakness. Like Denethor’s weak “leadership” of Gondor, we’ve wasted our resources and failed to take proper action to defeat the menaces at the door.

In England, police have let suicide bombings happen and rape gangs proliferate so as to seem politically correct. In Sweden, Germany, and many other formerly proud states of Europe, vast hordes of immigrants have overrun the borders and turned once-thriving, peaceful cities into no-go zones and crime-ridden cesspools. In America, our politicians are far more worried about kissing terrorists on the cheek and saying pretty please than with defeating them; we care more about seeming “nice” than on defending our civilization from a violent, evil menace.

Why? Well because of the other threat to the West, of course! Political correctness, an offshoot of communist critical theory, has made us bumbling fools in the face of evil. Our leaders, fearful of being called “racist” would rather let their citizens die than profile and defeat the enemy.

As those explosions, shootings, and stabbings rock our nations, the communist assault upon our institutions continues apace. Obama, Milley, and Lloyd Austin defend CRT as it infects our military, schools, and workplaces. Antifa and BLM thugs, shielded from the police or civilian reprisal by Democrat governors and police chiefs, wreak havoc in cities and loot small businesses. In academia, Marxist professors capture the minds of the youth and turn them against Western values.

Other than a few brave souls, their voices quickly suppressed (and themselves almost never being in leadership positions), no one stands up to that critical theory-based threat. Academia has gotten worse and worse for decades, our borders have become more and more open, and no institutions have purged themselves of the critical theory virus. Drag queen story hour has taken over libraries, degeneracy abounds in daily life, and traditional values are spat upon rather than upheld.

In short, the West as we know it is under sustained attack from within and outside by a variety of evil enemies, and no Theodens, Dilioses, or Sobieskis have appeared on the horizon to save us.

Until now, that is. Viktor Orban, president of Hungary, might be the West’s last hope.

Whereas other Europeans have allowed millions of Islamic migrants across their borders, bringing with them terrorism, rape, and Sharia law (just look at the no-go zones in France or Sweden if you think I’m being hyperbolic), Viktor Orban has stood against those Persian Ottoman “refugee” hordes and kept them on the other side of his border.

And he has been just as active in reforming his nation, rescuing it from the talons of secularists, Islamofascists, and critical theorists.

Under Orban’s watch, Christianity has been revived, its defeat at the hands of the secularists staved off for now. With him at the helm, Hungary passed a bill that prevents gay propagandists from spreading their debauched message to children, thus defending traditional values from modern degeneracy. And, perhaps most importantly, Orban’s Hungary has banned Soros’s anti-Western organizations from operating within its borders.

On every front, Orban, derided as a “fascist,” “racist,” or pretty much any other “-ist” by the MSM in the EU and America, has stood against the evil tide of the modern left and saved his country from the predations of the communists and Islamists. He doesn’t back down the gay lobby, the political correctness lobby, or any of the other enemies of the West, correctly regarding modern “liberalism” as nothing more than a path to tyranny and degeneracy.

The stark choice now is down to two alternatives.

On one hand, we could tamely surrender the West to the forces of evil, both within it and outside it. Such an outcome would be horrible, leaving no possible room for liberty or victory.

On the other, we could fight. Sure, with fighting there is always the possibility of defeat. A potential outcome, as Ayn Rand describes it in Anthem, could be “But men paid no heed to their warning. And they, those few, fought a hopeless battle, and they perished with their banners smeared by their own blood.” But it could also be victory, a victory of the magnitude and import not seen since the gates of Vienna.

The West must find more leaders like Orban. It needs men like Dilios, Theoden, and Sobieski, men that are ready and willing to save their undeserving brothers from the tyrannical hordes. Without them, the bright light that is Western Civilization might be snuffed out forever; ours is a civilization weltering in its death throes, we must fight to preserve it. 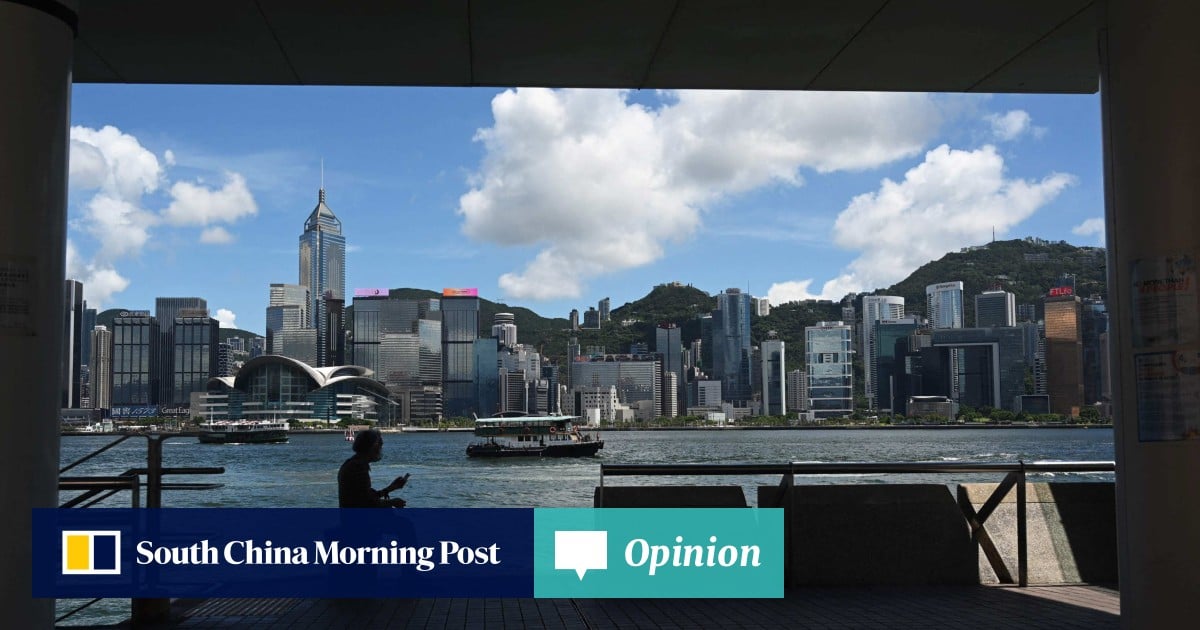 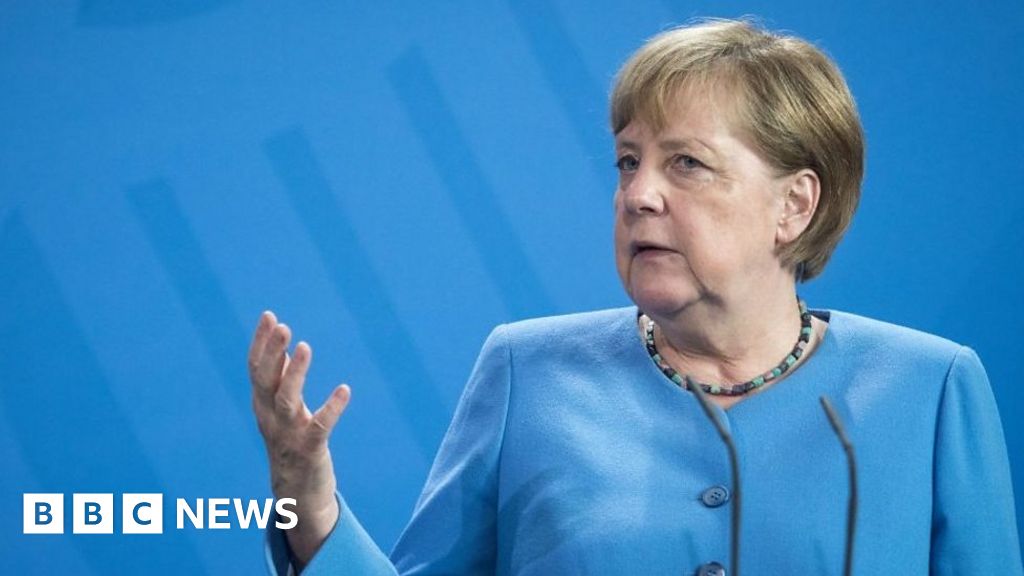