It reminds you of America today, doesn’t it? Of the mindless losers that spend their time not in building a better life for themself, a better future for their family, or a more productive business, but rather attacking cartoons and other petty things with which they disagree?

The part of De Ira that follows the above quotation exemplifies that yet further:

“For why is it that we are thrown into a rage by somebody’s cough or sneeze, by negligence in chasing a fly away, by a dog’s hanging around, or by the dropping of a key that has slipped from the hands of a careless servant? The poor wretch whose ears are hurt by the grating of a bench dragged across the floor—will he be able to bear with equanimity the strife of public life and the abuse rained down upon him in the assembly or in the senate-house? Will he be able to endure the hunger and the thirst of a summer campaign…”

It’s true. Those that are thrown into a rage by minor things, now called “microagressions,” aren’t likely to succeed when faced with real trials and tribulations.

For example, we’ve all been in a fast-food restaurant and seen a “Karen” in her mid-60s absolutely lose it when the minimum wage employee accidentally puts cheese on her burger (because of course she’s lactose intolerant) or gives her regular Coke instead of Diet Coke. Of course, the problem could be solved by being polite and asking for it to be corrected; that’s how reasonable people handle such problems. But some people never deal with it in that manner. Because their lives have been so easy, the temerity of an employee accidentally giving them the wrong soda appears to be a problem that must be dealt with as Caesar dealt with the pirates that captured him: without mercy. A minor problem is intolerable because the “sufferer” is so soft.

The other example is the easily “triggered” Millenial. The type of person that wears whorish clothing but gets angry when people “objectify” her. The type that sees a cartoon, hears a sentence, or learns of a historical figure with which he or she disagrees and, rather than handling it like an adult and simply ignoring the “problematic” material, launches a blistering, tear-filled attack on the “offensive” material. Once again, the softness of their upbringing is to blame; were they raised in the war-shattered America of the post-Civil War period rather than prosperous, modern America, it’s unlikely they’d lose it over such minor things.

Softness is the plague of the modern West. Hard times create hard men, men who don’t have time for bullshit. Such men built the skyscrapers without safety equipment, stormed the beaches at Normandy, and climbed into rockets that frequently blew up on the launchpad. They did what was necessary, rather than what they wanted or what felt pleasurable, because times were hard and they knew no other way.

Now, we’re nowhere so lucky to have such virtuous citizens.

Hard men built America into the prosperous nation it is today. They built the companies, won the wars, and earned the prestige that put America in such an enviable position, much like the warlike Romans of the republic created the society that their descendants enjoyed during the times of the Roman Empire.

And now, thanks to that prosperity, we’ve grown soft.

Like the wealthy Imperial Romans, we spend our time in a debauched manner, sleeping around, gorging ourselves on unhealthy food, and bidding others to do our dirty work for us. We won’t fight, won’t shun degeneracy and embrace traditional values, and certainly won’t sacrifice for the common good.

And now that weakness is creating hard times.

Weak city officials defunded the police at the behest of the BLM terrorists, creating a crime wave that is plaguing cities and destroying small businesses.

Weak Biden officials have opened the border, letting in a flood of migrants not unlike the Germanic hordes that destroyed Rome. They suck up our resources, prey on our citizens, and shun American culture and Western civilization, bringing with them drugs, rape, and murder rather than virtue and morals.

Weak Republicans, unwilling to stand up to the left, have let CRT take over our schools, military, and government while doing nothing to curb the excesses of the left, much less fight back. Trump, a man from a different time, tried, but failed to fight the left, not because he was unwilling but because he appointed and chose too many weak men to stand alongside him. To a man, they retreated rather than man their posts; Mattis, Barr, Sessions, and the others all proved themselves to be cowards.

At the same time, society wastes its time not with confronting the real issues: Islam, the national debt, CRT, and China, but with petty issues. Leftists, especially, can’t focus on anything important because they’re so busy canceling cartoons and digging up old tweets. Nothing is tolerable to them because pleasure has made them so soft.

Seneca was right and we’re reaping the whirlwind for forgetting his wise words. Pleasure has rotted the soul of America and turned us into a nation of weak men. 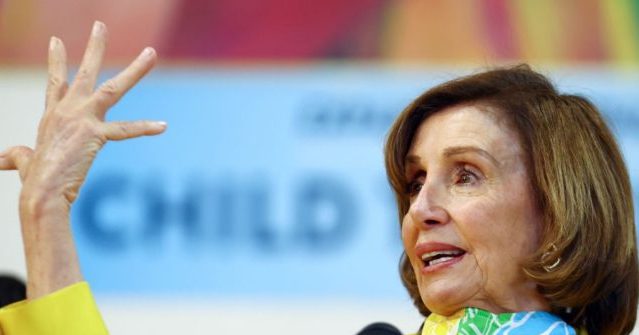