This week it was reported here that the Biden administration is intimately involved in promoting the use of so-called Critical Race Theory in public schools at the primary and secondary levels.

Biden had already taken a Fascist stand against “whiteness,” attempting to demonize white people who disagree with him and the Democrats as dangerous. He unveiled a plan over a week ago, in conjunction with the White House National Security Council, to address what they’re calling “domestic terrorism.” They pledged to focus on weeding out the dissemination of “militia extremism” and “white supremacy,” which Biden has identified as America’s greatest, most lethal threat.

Now Biden’s Department of Education (DoEd.) has doubled down on the administration’s commitment to promote racist rhetoric. The fight will not only be about rooting out a domestic terror network of white supremacists that doesn’t exist. On its DoEd. website, the administration openly promoted Critical Race Theory, the so-called “anti-racist” curriculum developed by radical teachers following the principles of Ibram X. Kendi, whom Rob Jenkins at Townhall.com calls a “false prophet.”

Monday, the department published a handbook designed to help schools reopen following the CCP virus pandemic. But within that handbook DoEd. promoted the Abolitionist Teaching Network (ATN) by linking to its “Guide for Racial Justice & Abolitionist Social and Emotional Learning.”

The administration’s handbook is supposed to help schools by recommending how they should spend billions of dollars they collectively received through the American Rescue Plan. DoEd. would have illegally reapportioned huge amounts of those funds toward a racist curriculum. The spending bill under which the Rescue Plan was funded, made no authorization for spending it on any program other than reopening public schools after the CCP virus subsides.

Spending it on CRT would violate the U.S. Constitution under the Appropriations Clause in Article I, Section 9. To spend that money on such a radical, anti-white activist organization like Abolitionist Teaching Network would be an outrage to CRT opponents.

ATN is a racist group of activists who say they are dedicated to “disrupting whiteness” as well as “destroying schools” that do not buy into Critical Race Theory and other similar anti-white propagandist programs currently promoted by the Fascist Left. ATN, for its part, is recruiting what they call “resident activists” to go into schools and, for all practical purposes, restructure the educational culture to teach anti-white racism.

Rhetoric coming out of ATN is very similar to Critical Race Theory but the organization avoids using the term on its website and in its literature.

According to ATN, Abolitionist Teachers “should build a school culture that engages in healing and advocacy. This requires a commitment to learning from students, families, and educators who disrupt Whiteness and other forms of oppression,” the group states in its guide.

The network’s co-founder said during a webinar: “I want us to be feared.”

Wednesday, Joe Biden ineffectively attempted to walk back the ATN endorsement, stating “it was a mistake” to promote ATN. Very quietly and without fanfare early Thursday, the DoEd. website was scrubbed of the ATN link and all references to CRT were erased. Critics say that does not mean they aren’t going to promote ATN or CRT. It just means they are whitewashing the effort.

Biden has claimed for the last several weeks he does not support CRT, but that is a flip-flop from the campaign leading up to the 2020 election and his early months in office.

In fact, while he now denies any desire to back the controversial concepts, he signed an Executive Order on March 30 “to advance Diversity, Equity, Inclusion, and Accessibility (DEIA) in the Federal workforce.”

DEIA is a euphemism for Critical Race Theory (CRT), the divisive ideology that was developed by the Frankfort School, a communist organization, in 1930s Germany. Though Hitler forced the school’s closure, he adapted what was then known as Critical Theory (CT) to Fascist ideology and used the philosophy to exterminate six million Jews.

Reintroduced by Kendi as Critical Race Theory, it has metastasized across our country’s schools and angered parents after they learned that teachers had begun teaching CRT as fact. The radical program segregates groups of people into racial hierarchies of “oppressor” and “oppressed,” distorts the history of our country’s founding as actually beginning in 1619 and therefore is rooted in racism, and calls for students to “abolish their whiteness.”

Republicans have not backed down from heavy criticism of the Biden White House even though the administration is desperately trying to distance itself from yet another major domestic policy misstep in promoting CRT. Sen. Marsha Blackburn (R-TN) and Rep. Elise Stefanik (R-NY) were the most vocal before Biden’s back-peddling act.

“This is another major flip flop from the Biden administration,” said in an email statement to several media outlets late Wednesday. “If Biden truly does not support Critical Race Theory, he will publicly call on teachers’ unions to stop pushing this propaganda on our unsuspecting children.”

“This president has done nothing in his first six months in office but promote and enact the far left’s agenda, which is nothing less than radical and divisive,” Stefanik said in a phone interview with America’s Conservative Voice Wednesday. ”It’s far from surprising that he was going to have his Department of Education actively pushing a radical pro-CRT group’s handbook hidden deep in the guidelines for schools to reopen following the pandemic.

“Families across America are outraged at the Biden and radical Democrat agenda dividing our communities by forcing CRT on our kids.”

Those families are speaking out — loudly. It is hard to know which is worse, brainwashing kids or lying about it. School boards, parents say, are doing both.

In mid-June, both the National Education Association (NEA) and the American Teachers Federation (AFT) held rallies in cities across the U.S. to promote CRT. Organizers unabashedly made it clear the goal is to recruit students to far-left causes. The hateful anti-white rhetoric that came out of those events and a cursory investigation of the Zinn Educational Project which provides downloads of CRT materials to schools at no cost make that absolutely clear

A Zinn lesson called “Students Design a Reparations Bill” asks students to improve on the “flimsy” reparations bills currently pending in Congress. Critical thinking is not encouraged. There is no provision for debate nor discussion if a student finds the material counterintuitive to the way they see the world. It does not ask the question as to whether there should be reparations. It is a one-sided indoctrination. “As racial justice activists, students are all on the ‘same side’ in this role play,” says the Zinn site.

Such hard-left programming is also supplied by the usual suspects in Marxist-Fascist propaganda: The Southern Poverty Law Center and Black Lives Matter. SPLC instructs educators to stand their ground against parents and “vigorously resist efforts to maintain the status quo.”

The effort by schools’ is uniform and universal in preventing parents getting access to the CRT teaching materials and knowledge of how it is presented. Across the country, school patrons are being denied the ability to find out what their kids are being taught, consistently frustrated by the same kind of teacher and administration stonewalling and obfuscation.

Parent pushback is gathering momentum, even so, and it isn’t just white families protesting. Keisha King, a black mother from Duval County, Florida, issued a dire warning to the State Board of Education that telling a minority child that he’s “the victim of oppression is the essence of holding that child back.”

Michael Rivera, an Hispanic Virginian, explained in a phone interview with America’s Conservative Voice that he married a wonderful woman who happens to be white. “My son is white.” He objects to the fact that “according to Critical Race Theory, my son should have white guilt and repent of his white privilege.”

In Guilford, Connecticut, some 500 parents are petitioning for the use of a curriculum that allows students to learn “without being confronted with the titles of ‘racist’ and ‘victim’.” Yet Guilford’s superintendent insists schools aren’t teaching Critical Race Theory. He took that bold stance despite the fact parents in recent school board meetings have brought homework from their children’s backpacks proving he is lying.

In Greenwich, Connecticut, parent after parent lined up at the microphone at a June school-board meeting to quote materials their children had brought home, including a “white-bias” survey for seventh-graders. The board members and local superintendent sat silently, tolerating parents but showing no interest in engaging. Over a week later, the superintendent sent a response to parents saying Greenwich wants students to be “critical thinkers” while deftly denying that Critical Race Theory is part of the curriculum.

Many of these so-called educators label CRT as having originated in the ivory towers of academia when denying it is part of their own curricula. Yet what they are teaching their students is nothing but a less ethereal and far more aggressive version of the same nonsense.

Twenty states under Republican legislatures have acted to ban or have already banned the teaching of Critical Race Theory in their public schools. Nonetheless, with the secretive and clandestine methods educators are using to hide CRT instruction from parents, it is difficult to tell if the schools and teachers unions are obeying those laws.

In fact, over 5,000 of left-leaning public school teachers have vowed to break the law in order to teach Critical Race Theory in those states. That has allowed many conservative candidates in blue states such as California and New York to make inroads with voters in several local and statewide elections this campaign season.

This is a winning issue for center-right candidates. Parents — Democrats and Republicans, black and white — want their children educated, not indoctrinated. 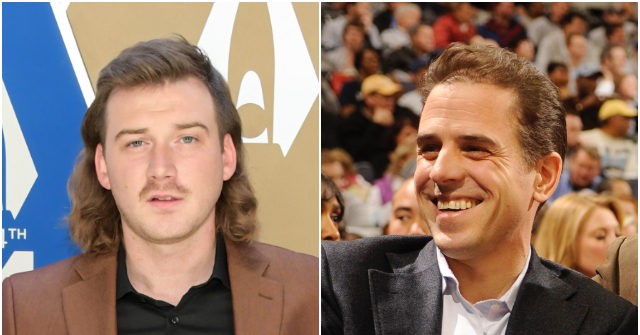