It is not too early to be thinking about the 2022 midterm elections. What will be the narratives conservatives will campaign on? Where should we expend our efforts to win in the political public square?

Certainly, Donald Trump is thinking the same thing right now. Trump has been huddling with “cabinet members” at his New Jersey golf resort and is planning to “move forward in a real way,” former White House chief of staff Mark Meadows said. ​

"I can tell you this – we wouldn't be meeting if we weren't making plans to move forward in a real way and with President Trump at the head of that ticket," @MarkMeadows on Trump 2024. pic.twitter.com/YPrwHTSWTL

Trump has also been busy endorsing local candidates to build a coalition. A recent Trump win, Mike Carey, a coal lobbyist endorsed by former President Donald Trump, won a crowded primary contest on Tuesday for the Republican nomination to a seat in the U.S. House of Representatives from Ohio’s 15th district. Donald Trump and his Save America PAC have raised a war chest of $ 102 million to date, proving his intent and strength to influence the 2022 and 2024 election cycles. There is no doubt Trump will play the role of King Maker at the very least.

This author thought we could put on our political strategist hats and see if we can come up with some ideas for conservatives considering the current political environment.

First, it would be useful to understand what the Democratic political strategy would be. As we know, typically, the party that has control of the presidency tends to lose seats in Congress in the midterm elections. So the Democrats’ overall goal will be to not lose their current majorities in the House and Senate. Here would be some key tactics to achieve this strategy.

For the Republicans, the strategy obviously would be the inverse of the Democrats’. By taking back the House and/or the Senate, Republicans then can block the Biden agenda until he can be voted out and replaced in the 2024 presidential elections. Here would be some key tactics to achieve this strategy.

Messaging is key in any political endeavor. The key message should be simple, positive, and exude the aspiration of your political movement. One typically needs one to three themes, sometimes called “campaign slogans” that voters can rally around. Here is a set of three key suggested conservative messaging initiatives for 2022.

Politics can be fickle – strategies and tactics will change as needed. Hence, one always will need to stay nimble with the times. Here are some threats and risks that may change the narrative prior to the 2022 midterm elections.

One clear theme emerges – Donald Trump, if he runs, is running on his America First theme. Already many candidates are lining up behind it. Now it is your turn to play political strategist. Give us your thoughts in the comment section below. Perhaps Trump’s team can glean some ideas from this article and your comments … 😉 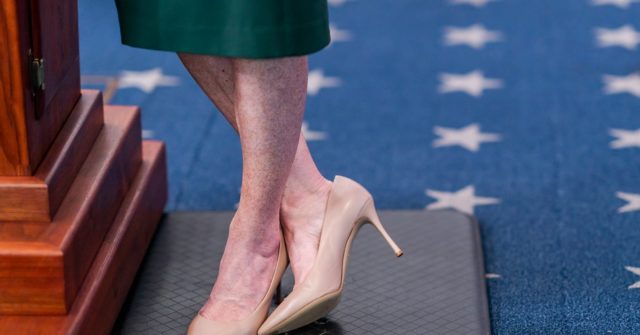