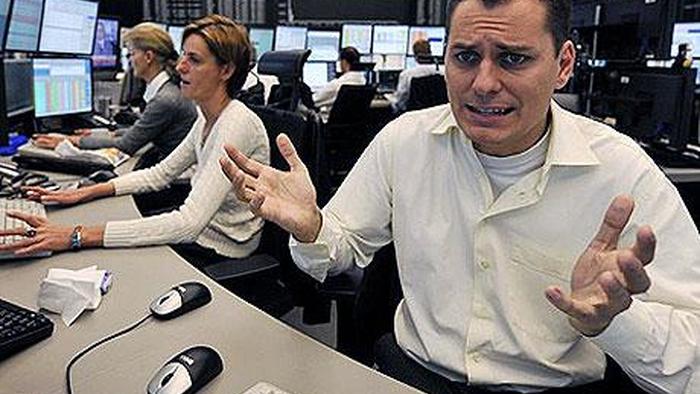 In a perfect storm of adverse developments suddenly sweeping the complacent and calm sea of manipulated global markets, overnight futures plunged, global stocks slumped, commodities tumbled, as investors rushed to the safety of Treasurys, sending yields sharply lower and pushing the dollar to the highest level since November,  amid concern the Federal Reserve may start tapering stimulus this year even as the delta virus variant undermines global growth. At 730 a.m. ET, Dow e-minis were down 0.92%, S&P 500 e-minis lower by 0.80% and Nasdaq 100 e-minis off 0.63%.

Suddenly dismal investor sentiment echoed in premarket trading where China-linked stocks including Alibaba Group plunged, sliding to a record low in Hong Kong trading. Luxury shares in Europe fell as China seemed to put its wealthiest on notice in favor of a “common prosperity.” Emerging-market equities plunged to this year’s low. All that meant a gauge of world stocks was poised for the worst week since February.  US equity futures took a sharp leg lower after the Nikkei reported that Toyota was set to slash output by 40% as a result of the escalating chip shortage…

… while dragged the Nikkei225 to the lowest level since January.

Rising stagflation concerns, culminating with Goldman cutting its GDP forecast while hiking its inflation projections, sent energy stocks sliding as oil prices plunged to their lowest level in about three months. Chevron and Exxon Mobil fell 1.6% as oil sank to its lowest since May 21, pressured partly by a stronger U.S. dollar and a surprise increase in U.S. gasoline inventories.

Robinhood shares tumbled 12% after the owner of the retail frontrunning app warned the trading frenzy among small-time investors that boosted its second-quarter revenue would slow down in the coming months; the company also revealed that there is barely any growth in its core options and stocks business and the only revenue bump was due to a Dogecoin trading frenzy.

Elsewhere, travel-related stocks including cruiseliners and airlines fell nearly 3% on fears the spread of the Delta variant of the coronavirus could spark more travel restrictions.  Here are some of the other notable pre-movers today:

Sentiment deteriorated rapidly at the close of trading on Wednesday when the FOMC’s latest minutes showed officials felt the employment benchmark for decreasing support for the economy “could be reached this year”, sending the S&P 500 sliding 1% in its worst day in a month.

“I don’t think anybody will be surprised if tapering starts at the end of this year,” Dana D’Auria, Envestnet co-chief investment officer, said on Bloomberg Television. She added that the pace of reopenings is a concern for investors amid the spread of the delta strain.

Concerns about the sudden tapering at a time when macroeconomic data was signaling a slowdown in U.S. economic growth have knocked Wall Street’s main indexes off record highs this week. Overnight, Goldman slashed its Q3 GDP forecast from 8.5% to 5.5% while hiking its inflation forecast, effectively warning of stagflation.

The Stoxx 600 Basic Resources index extends its fall, down as much as 5%, with miners under pressure from slumping metal prices. Iron ore plunges and copper hits four-month low amid worries about Chinese steel production levels, risks to global growth and the prospect of reduced U.S. stimulus. Here are some of the biggest European movers today:

Earlier in the session, Asian stocks slumped, led by tech and commodity names, after minutes of the Federal Reserve’s latest meeting signaled that it could start paring stimulus from later this year. The MSCI Asia Pacific Index slid as much as 1.8%, with Alibaba, Taiwan Semiconductor and BHP Group among the biggest drags. Copper and iron ore prices slipped while oil dropped to the lowest level since May. Equity benchmarks in Taiwan, Hong Kong and Indonesia were the biggest losers in Asia as the dollar rose to its strongest level in nearly five months. “Stock investors are probably worried that easy monetary policies will likely become less easy soon as specter of reduced bond purchases is upon us,” said Chetan Seth, Asia-Pacific equity strategist at Nomura Holdings. Ongoing concerns around China growth slowdown/regulatory crackdown and the delta variant are other reasons for the selloff, he said. Asia’s stock benchmark has lost more than 3% this week, widening its underperformance versus global peers in 2021, as the spread of the delta variant casts a pall on the outlook for growth. A deepening selloff in Chinese tech shares amid Beijing’s regulatory onslaught is making matters worse for Asia.

Japanese equities fell, pushing the Nikkei 225 Stock Average to its lowest close in seven months, weighed down by heavyweight Toyota, which slid 4.4%. The automaker is cutting its global production for September by 40% from initial plans, the Nikkei reported without attribution. Stocks opened the day lower after the Fed’s meeting minutes signaled that a decision on a reduction of its bond-buying program could happen in 2021. Declines gained momentum in late afternoon trading following a Nikkei report that semiconductor shortages will force Toyota to cut global output for September by 40% from its initial plans. Toyota was the single biggest drag on the Topix, which closed 1.4% lower. Electronics and auto makers weighed the most among industry groups. Chip equipment makers Tokyo Electron Ltd and Advantest Corp. were the largest contributors to a 1.1% loss in the Nikkei 225

Taiwan’s benchmark slumped the most in more than three months, dragged down by losses in chipmakers. Gauges in Hong Kong, South Korea and Indonesia lost about 2% each. “The bottom fishing across Asia we saw yesterday has vanished today,” Jeffrey Halley, senior market analyst for Asia Pacific at Oanda Asia Pacific Pte, wrote in a note. “Next week’s Jackson Hole Symposium may give markets more visibility on the Fed’s current thinking, and if not, the September FOMC meeting certainly will.”

In Australia, the S&P/ASX 200 index closed 0.5% lower at 7,464.60, falling for a fourth straight day. The benchmark finished at its lowest since July 30. Miners were the biggest drag as a rout in iron ore accelerated as China pushed forward with a pledge to curb steel production. Sentiment took a hit as Australia suffered its worst day since the start of the Covid-19 pandemic, with total daily cases surpassing the previous record posted more than a year ago. Australia’s labor market softened in July.  Redbubble was the best performer after reporting earnings. Codan was the biggest laggard after flagging Covid-19 uncertainties around its supply chain. In New Zealand, the S&P/NZX 50 index rose 1.9% to 12,956.98.

In FX, the Bloomberg Dollar Spot Index advanced with the greenback higher against its Group-of-10 peers except the franc and yen. The DXY index hit a 9 month high amid a broad flight to safety.

Norway’s krone touched almost a one-month low versus the dollar, even after Norges Bank reiterated that the policy rate will most likely be raised in September; oil prices slumped. The Australian and New Zealand dollars fell a fourth straight day against the greenback. The Aussie dipped under 72 U.S. cents for the first time since November as investors ignored the strong headline beats in July employment data and focused instead on the stronger U.S. dollar and a fresh record in Covid-19 numbers in New South Wales. RBNZ Governor Adrian Orr said it was “highly likely” the policy committee would have raised rates yesterday if it were not for the local lockdown.

In rates, treasuries were higher in early U.S. trading led by the 30-year, whose yield dipped as much as 4.7bp to the lowest level since Aug. 5 amid broad declines for stocks and commodities. The 10Y yield traded sharply lower at 1.225%m while 30-year yield was down ~4.4bp at 1.854%, flattening 5s30s toward 110bp, the low end of its range over the past year; According to Bloomberg, gains for long end appear to have been aided by a block trade in bond futures during Asia session. Japanese bonds traded in a narrow range, with investors scooping up super-long maturities after yields rose on a weak auction

A selloff in commodities deepened, Iron ore plunged more than 10% and copper sank to a four- month low as worries over Chinese steel production, global growth risks and the prospect of reduced U.S. stimulus roiled metals markets. Oil headed for the longest slump since the early days of the pandemic.

Bitcoin, too, succumbed to the risk-off shift and fell for a fourth day, trading around $44,400 apiece.

Focus on Thursday will be on the Labor Department’s weekly jobless claims report, before turning to the Fed’s annual research conference in Jackson Hole, Wyoming, next week for any read about the central bank’s next steps. Many analysts expect the Fed to announce its plan to taper asset purchases as early as the Sept. 21-22 policy meeting. Minutes from the central bank’s July meetingshowed that most policy makers agreed the tapering could start later this year. 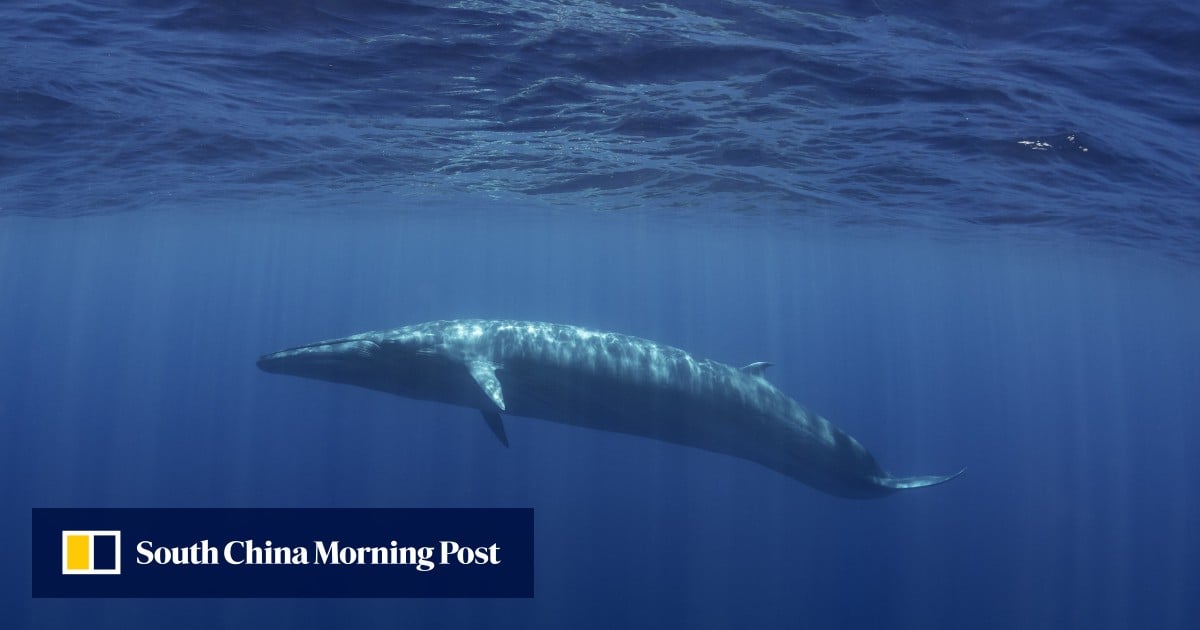