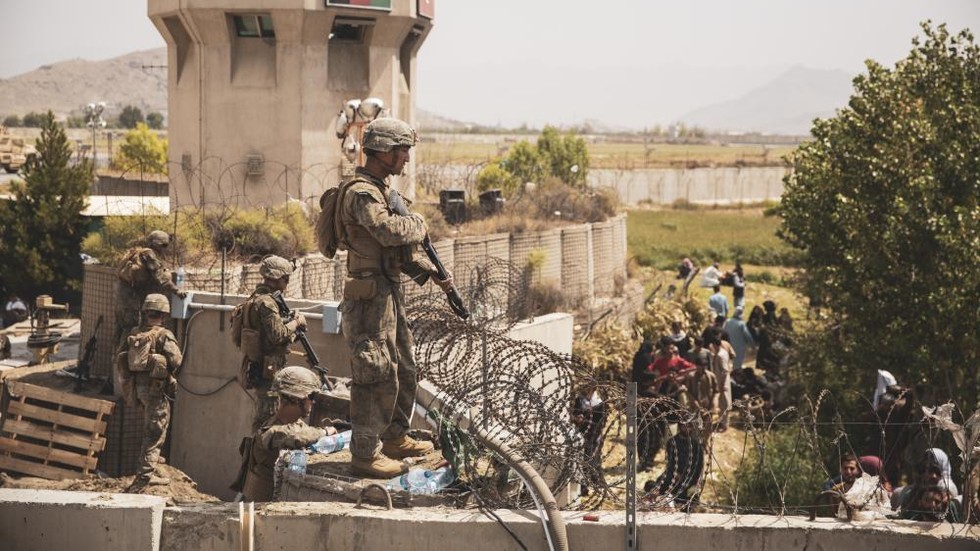 US military intelligence so severely underestimated the capabilities of Afghanistan’s Taliban that it’s hard to believe it was a mistake at all, former CIA analyst Ray McGovern told RT, likening the snafu to the Vietnam War.

“What did they expect would happen” when CENTCOM chief General Kenneth McKenzie announced the US was withdrawing all air support for the Afghan army in mid-June, McGovern asked rhetorically in an interview with RT on Friday. Even if civilian intelligence had screamed to the sky that the Taliban was “just going to roll through,” crushing the Afghan army in its wake, the Pentagon would have turned a deaf ear, he added.

The catastrophe was a “liminal event” for President Joe Biden, McGovern said, arguing it was as important as 9/11 and expressing concern that the commander-in-chief would get the blame for the 20 years of military failures in the country under the three previous presidents that truly created last weekend’s collapse.

“I’m not so sure that people like McKenzie didn’t want to give Biden a bloody nose by making it possible for such a mess to happen so quickly,” McGovern mused, acknowledging that this was his “conspiratorial view.”

If you look at the chronology, you can see that McKenzie was virtually inviting what happened.

McGovern seemed especially concerned that the Republicans – in particular ex-president Donald Trump – could “capitalize on this because the major media wouldn’t be able to tell the truth about what happened.”

He also worried that the Taliban’s return might spur chatter about Al-Qaeda also coming back to Afghanistan, something he insisted had “no chance” of happening. While the Taliban might have needed “a little help” from Al-Qaeda 15 years ago, they don’t need any now, McGovern explained, describing how the military-industrial complex’s “gravy train” had become self-perpetuating and self-financing over the intervening two decades.

Not only were they “building weapons” and “financing lobbyists,” but they “had every incentive to keep this thing going,” he said, adding it’s very much to their discredit that the arrangement continued for a full two decades, paying out generals and impoverishing both American and Afghan citizens.

Channeling a sense of “deja vu,” McGovern likened the thankless task of the civilian intelligence officers charged with delivering intelligence estimates to the generals serving under Biden and his predecessors to his own efforts during the Vietnam War to deliver ‘bad news’ to his superior, Gen. William Westmoreland. Even though the generals were profoundly wrong, he recalled, the intelligence agencies were interested first and foremost with self-preservation, prompting their leaders to suppress technically correct estimates rather than embarrass the military brass.

The Taliban officially reconquered Afghanistan over the weekend, declaring victory and establishing the “Islamic Emirate of Afghanistan” after 20 years of combat – or rather, a brief period of combat followed by a prolonged interval of “nation-building,” in which Washington attempted to set up a functional puppet government that would carry out its wishes while allowing it to plunder the land for natural resources.

While there were only too many willing candidates to serve as the head of the US vassal state, few if any were trusted by the people, and the $2.2 trillion that inexplicably swirled down the drain over those two decades suggested levels of corruption that were unsustainable even in the most resource-rich country.

The US invaded Afghanistan in the months following the terrorist attacks of September 11, 2001, though none of the individuals believed responsible for those crimes were Afghani in origin. While the Taliban was willing to turn over the attacks’ alleged mastermind Osama bin Laden, they required the US first provide some proof of his culpability, which then-president George W. Bush refused to do, insisting that Washington did not “negotiate with terrorists.”

McGovern co-founded Veteran Intelligence Professionals for Sanity in 2003, in response to the hard neocon turn in US foreign policy that saw the invasion of Afghanistan followed by the attack on Iraq. He had served as a CIA analyst from 1963 until 1990 – receiving the Intelligence Commendation Medal upon his retirement only to return it in 2006 to protest the CIA’s involvement in torture – and remains a vocal opponent of American war crimes.

Subscribe to RT newsletter to get stories the mainstream media won’t tell you.