In the view of this author, Biden’s disaster in Afghanistan isn’t just emblematic of his incompetence. It’s treason.

Joe Biden’s hands are soaked in blood, his soul his sold to the Devil, and for far more than 30 pieces of silver.

He is directly responsible for the death of those 13 U.S. military men and women who perished at the Abbey Gate of the Kabul International Airport, plus the 18 wounded who are recovery at Ramstein Air Force Base in Germany.

Biden bears the blame for the entire debacle in Afghanistan. He is answerable for the deaths of American military personnel, citizens, and our Afghan allies. He must answer for arming the Taliban, making them one of the top 25 militaries in the world. To put it simply, he must either resign, be impeached, or be retired through the use of the 25th Amendment.

Joe Biden is guilty of treason.

I don’t say that lightly. I know the implications of such an allegation, and while many conspiracy theorists over the last 50 years have thrown such accusations around willy-nilly at presidents, prime ministers, cabinet members, and high-court justices, the evidence for such a charge is insurmountable.

Let’s examine the “mistakes” of Afghanistan. A picture emerges. These are not mistakes.

A charge of “borderline treason” was leveled by former Navy SEAL and Rep. Dan Crenshaw (R-TX) following reports that the U.S. government had provided the Taliban with a list of American citizens, green card holders, and Afghan interpreters who they hoped to evacuate from Afghanistan in the coming days.

“If true, this qualifies as borderline treason,” Crenshaw said in a tweet on Thursday. “We need to find out who is responsible for giving the Taliban a hit list and they need to go to prison.”

For his part, Biden sounded evasive when he answered questions about the botched Afghanistan withdrawal during a press conference Thursday afternoon.

“There have been occasions when our military has contacted their military counterparts in the Taliban and said this, for example, this bus is coming through with X number of people on it, made up of the following group of people,” Biden claimed.

“We want you to let that bus or that group through,” Biden went on. “So, yes there have been occasions like that. To the best of my knowledge, in those cases, the bulk of that has occurred and they have been let through.”

Though later in the same media briefing he said he couldn’t “say with certitude that there’s actually been a list of names … there might have been.”

Personally, it doesn’t favor Rep. Crenshaw’s use of the word “borderline.” Either it is treason or it is not and this certainly looks, smells, and tastes like treason.

Next up, who evacuates the military first, leaving thousands of American citizens unprotected from bloodthirsty savages?

This is an absolute no-brainer, which should mean even Biden could figure it out. Yet he inexplicably insisted on pulling military personnel out first under the guidance of some imbecilic campaign mantra of “No more endless wars.” There had been no American deaths in Afghanistan since February 2020 when President Donald Trump engineered an agreement with the Taliban.

Trump’s determination to withdraw from Afghanistan combined with his resolve to destroy the Taliban if they did not cooperate with his intentions forced the Islamic radicals to accept a tenuous ceasefire ending on May 1 this year with the withdrawal of U.S. forces. That was to follow an orderly evacuation of U.S. citizens, their Afghan allies, and any other Afghans ― especially Afghan Christians ― who wanted to leave.

All of this was premised on both parties living up to the requirements of the temporary ceasing of hostilities. Biden’s error was in not holding the Taliban accountable for their violations of the agreement. Trump did, right up to his last day in office. Biden did not do it at all.

Everyone knows you evacuate the citizens first, then the equipment, and lastly the military. No one could be stupid enough to send the military home first. This was no mistake. This is TREASON.

Third, who leaves billions of military equipment on the ground? Overnight, we just made the Taliban a force to be reckoned with — using our taxpayer money.

Reuters reported last week that even though President Biden announced in April that the U.S. would be withdrawing, the U.S. continued to supply Afghan National Army forces. Read that again: Knowing we were leaving, we kept shipping aircraft, artillery, man-portable devices, and rifles to Afghanistan

This nonsense was even confirmed by now less than Biden’s Secretary of Defense:

About a month ago, Afghanistan’s ministry of defense posted on social media photographs of seven brand new helicopters arriving in Kabul delivered by the United States.

In a matter of weeks, however, the Taliban had seized most of the country, as well as any weapons and equipment left behind by fleeing Afghan forces.

“Everything that hasn’t been destroyed is the Taliban’s now,” an American military official told America’s Conservative Voice on condition of anonymity.

Who does that? No one is this stupid. This was no mistake. This is TREASON.

Fourthly, who puts the Taliban in full charge of security for American citizens? This is pure insanity. That would be like putting the Gestapo or SS in charge of getting Jews safely out of Germany.

A security void developed as the Afghan government and military collapsed in the face of a Taliban onslaught in the days leading up to the fatal bombing Thursday. Militant Taliban fighters began to converge on the capital city the week before with reports of armed gangs moving through the streets.

We have a problem,” the Taliban leader said, according to a U.S. official who spoke to the Post. “We have two options to deal with it: You [the United States military] take responsibility for securing Kabul or you have to allow us to do it.” Biden reportedly remained resolute in his decision to pull all American forces out of the country and that after the Afghan government disintegrated, his mind had not changed.

Unfortunately, he chose the former.

It is becoming clear that Biden is not naive. This was no mistake. This was TREASON.

Everyone involved in these disastrous decisions should be arrested or court-martialed. Tragically, our Obama- and Biden-appointed military leaders are too focused on COVID-19 vaccines for an illness with a 99.7% survival rate; critical race theory; climate change; purging all white conservatives from the military; and paying for sex reassignment surgeries.

In that sense, he has become the perfect foil for China, Russia, and Cuba. His debilitated mental state provides a ready-made excuse for any gaffes, lapses in judgment, and outright failures. Whoever is pulling his puppet strings can make treasonous decisions, put the words for those decisions in his mouth and he will utter them without protest.

Where is this coming from? What motivates an American politician — one who most major political figures have agreed has been wrong on virtually every major foreign policy decision in the last 40 years ― to act against the best interests of his country, to become a traitor? How, even in his dementia, can he willfully act against the domestic and foreign interests of the United States of America?

The answer has been right in front of us this whole time. His traitorous actions began long before his dementia. Joe Biden has not always been that “useful idiot” he has become. Joe Biden has always had only one interest: Himself.

The Biden family, by Joe’s actions over the last 49 years in Washington, has become a crime syndicate. They are owned ―lock, stock, and barrel ― by China. Joe’s avarice, greed, and self-interest have him in a position that he can do nothing but the bidding of the Chinese Communist Party (CCP).

The most recent example of this treachery is Hunter Biden’s laptop. All you need to know about the treasonous actions of this family has been magnificently obvious on its own terms, but even more so in light of the ludicrously detailed, well-documented revelations from Hunter’s laptop published over the last nine months by The New York Post.

Those stories detail Biden’s bribery of Ukrainian officials when Hunter was serving on the board of directors of Burisma, a Ukraine oil company. The Ukrainian government suspected the younger Biden was guilty of corruption and bribery while earning $1 million a year despite having no experience in the oil and gas industry.

As vice-president under Obama, Joe was responsible for Eastern Europe and the Balkan states, including Ukraine. He famously threatened ― by his own admission! ― withhold $6 billion in military aid when the country was in the midst of a shooting war with Russia. Of course, the president agreed to his terms: Fire the special prosecutor looking into Hunter’s position with Burisma. He needed to defend his country.

All that, plus much, much more is detailed on the laptop, including ill-advised and likely illegal meeting with Chinese officials and what was most likely a thinly-veiled bribe paid to Hunter as an “investment account” by the wife of the former Moscow mayor.

So, yes, the “mistakes” in Afghanistan were actually treason. Our government in Washington, D.C. is sold out to the Fascists and communists.

We need to demand these people be arrested, tried, convicted in a court of law and given the utmost punishment permissible under the law ― beginning now.

Mike Nichols is a conservative, a patriot, U.S. Army veteran, licensed professional counselor, political enthusiast, sports fan, and writer living with his beautiful wife Liz in the Heartland. He has a regular blog at America’s Conservative Voice on Substack and a Facebook presence at Americas Conservative Voice-Facebook 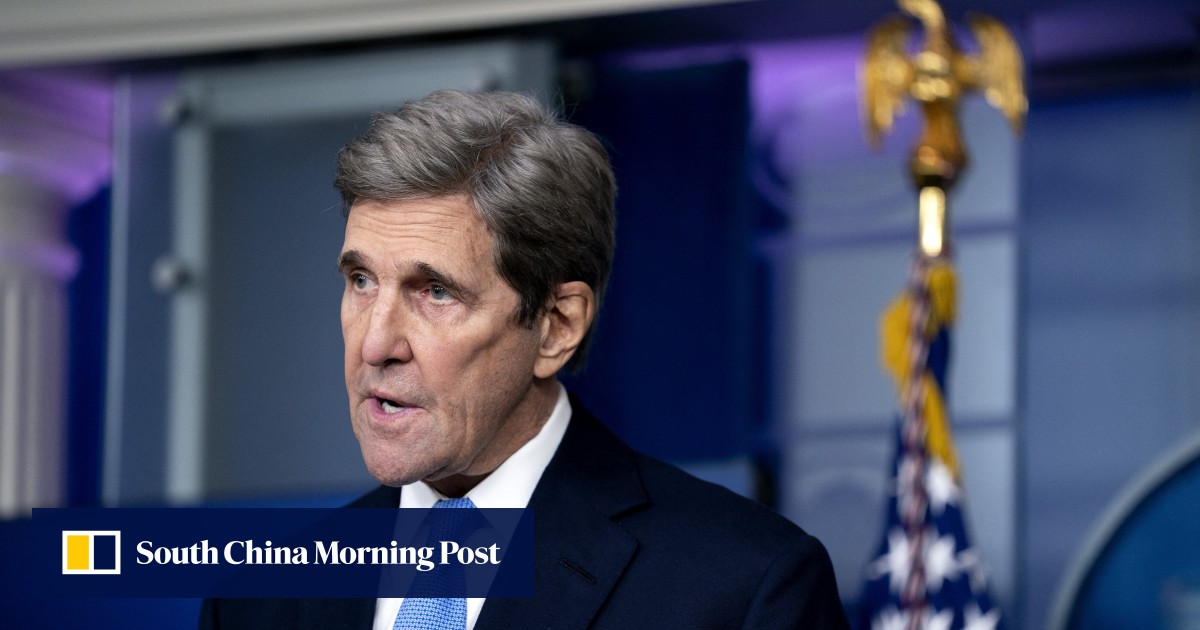 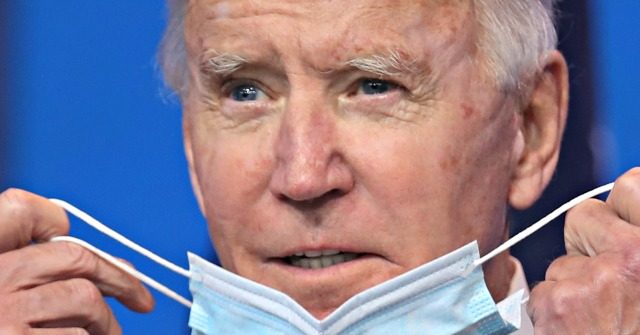