President Biden addressed the nation 24 hours after American troops fully withdrew from Afghanistan, giving a sweeping defense of his hastily chaotic evacuation efforts handling in Afghanistan in calling it an “extraordinary success,” despite 13 U.S. service members were killed in the final days.

As hundreds of Americans and Afghan allies were left stranded, Biden blames the disaster that unfolded on everyone besides himself. Biden, along with the mainstream media, is trying to spin two narratives that are demonstratively false.

1) Trump signed an agreement with the Taliban that gave away everything and tied Joe Biden’s hands to do anything to prevent the Afgan debacle.

As President Donald Trump’s administration signed a peace deal with the Taliban in February 2020, he optimistically proclaimed that “we think we’ll be successful in the end.” His secretary of state, Mike Pompeo, asserted that the administration was “seizing the best opportunity for peace in a generation.”

Eighteen months later, President Joe Biden is pointing to the agreement signed in Doha, Qatar, as he tries to deflect blame for the Taliban overrunning Afghanistan in a blitz. Biden says it bound him to withdraw US troops, setting the stage for the chaos engulfing the country. But is this true?

First of all, read the full text of this agreement – see here.

It is true Trump gave certain incentives to the Taliban, but what is often forgotten in the mainstream media narrative was what the Taliban was to give in return. We reprint the key excerpt here.

The Taliban, in the first summary clause, was to: “Guarantees and enforcement mechanisms that will prevent the use of the soil of Afghanistan by any group or individual against the security of the United States and its allies.”

This agreement clearly states that the Taliban would cease any aggressions against the US and its allies, which would include the American-backed previous Afghan regime. In sorts, a peace treaty. But did the Taliban perform on its part of the agreement?

In early May of 2021, Nato begins a final withdrawal of its mission in Afghanistan involving 9,600 soldiers – 2,500 of them being American. Intense fighting soon breaks out between the Taliban and government forces in the southern province of Helmand. A bomb blast outside a girls’ school on 8 May in Kabul kills 85, mostly pupils. The deadliest attack in a year is blamed on the Taliban. See more here and here on the fall of Afghanistan timeline. 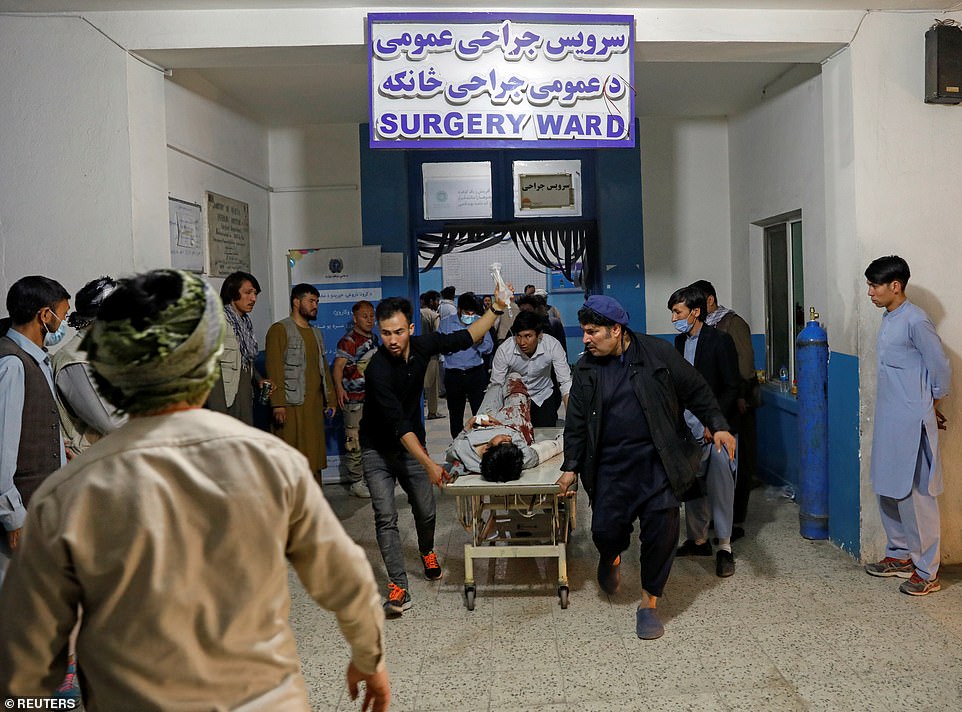 The point here is that the Biden administration fell asleep at the wheel back in May of 2021. The Taliban should have been declared in violation of the agreement, and appropriate actions needed to be taken. To blame Trump for this inaction is absurd. Joe Biden’s hands were not tied to continue the Afgan withdrawal debacle.

2) Joe Biden made every attempt, in fact, warned 19 times to enable the evacuate Americans from Afghanistan.

President Joe Biden gave remarks on the end of the war in Afghanistan and the final withdrawal of U.S. troops on August 31, 2021. Read the transcript of the full speech here.

Biden states, “Leaving August 31st is not due to an arbitrary deadline. It was designed to save American lives. The bottom line is that there is no evacuation from the end of a war that you can run without the kind of complexities, challenges, and threats that we faced. None.”

Biden further asserts, “As General McKenzie said, this is the way the mission was designed. It was designed to operate under severe stress and attack, and that’s what it did. Since March, we reached out 19 times to Americans in Afghanistan with multiple warnings and offered to help them leave Afghanistan. All the way back as far as March.”

In other words, Biden is saying the Afghan debacle was inevitable, and he did the best he could, and people were given plenty of time to get out, and it’s all on them for not leaving when told to. In fact, describing it as an “extraordinary success,” though more than 100 Americans and thousands of others were left behind. But is this narrative correct?

Nearly 90 retired generals and other military figures told Defense Secretary Lloyd Austin and Joint Chiefs of Staff Chairman Mark A. Milley to resign Tuesday for “negligence in performing their duties” ahead of the chaotic evacuation from Afghanistan.

On July 8, 2021, following the announcement of the US troop’s withdrawal, President Biden had said that Afghanistan troops were enough to defend the Taliban. Hear this in his own words below.

Regardless of one’s opinion on whether America should have been in Afghanistan or not, the point is that Americans were there in various activities to “supposedly” help the Afghanis build their country over the past 20 years. No one that has gone there over the past 20 years was under any illusion that it was a totally safe place to be. Many of these Americans did not have the same insight that many high-level officials would have had.

However, there was a belief that there was a certain level of security that was an acceptable risk for Americans to be there. Biden continued that illusion publically and mislead these people who were in Afghanistan as recently as July 2021.

Furthermore, Biden wanted the now-departed Afghan president to create the “perception” that his government was capable of holding off the Taliban – an indication he knew it was only a matter of time before the US ally fell to the Islamic group even while reassuring Americans at home that it would not happen.

In the last phone call between Biden and his Afghan then-counterpart Ashraf Ghani, the American president said they needed to change perceptions of the Taliban’s rapid advance “whether it is true or not,” according to excerpts published on Tuesday. The call took place on July 23 – weeks before the fall of Kabul – but Biden on Tuesday repeated his assertion that his team was caught flat-footed by the rapid Taliban takeover of the country.

This unconscionable narrative that Biden perpetrated on the Americans in Afghanistan put those people in harm’s way. It is absurd to say that it was their fault for not getting out in time before the fall of Afghanistan. There was little warning, and Biden should take full responsibility for these decisions.

The mainstream media and the Democrat party machine over the next few weeks will be pushing these two false narratives hard to gaslight Americans to clean up Biden’s political mess. Don’t be fooled and hold Biden accountable accordingly.