There’s been so much pressure on American small businesses the last few years. Other than the ones owned by Democrat politicians, such as Gavin Newsom’s winery that was declared so very essential to society throughout the COVID squashing, most were designated as “non-essential” and fully shut down for almost a year and a half.

That deed flushed so many of them down the drain, with lives crushed and generations of legacies erased. The idiot AOC even said in broad daylight that losing small businesses was “a small price to pay” for a shot at ousting Trump (and then denied it of course). Of course, she wasn’t the one who had to pay that price. The commissars and apparatchiks rarely are.

And now in the era of the usurpers, whose only three goals are to (1) be in charge, (2) to eliminate any respect Trump had established for the people, and (3) to…you guessed it…rig it to be in charge forever, we have increased tax pressures planned, an influx of venture capital squashed, energy costs eating small businesses (and individuals) alive, a mountain of re-escalating regulations on those few enterprises that somehow hung in there, and rampant money-printing, which is nothing but unlicensed additional taxation on a massive scale. It has been a war on small businesses and average Americans carried out on a massive and unapologetic scale.

To be honest, the plight of small business had been a slowly growing conflict brought by an indifferent government for years, and was escalated into an all-out war by the Obama administration, courtesy mostly of the cancerous growth of the regulation pile coupled with equally malignant taxation. It returned in a very short time to a manageable situation on Trump’s watch because he recognized the vital importance of small business to the nation, and as a private-sector guy he knew the fixes and steps that were needed. But COVID provided cheeky leftist governors an excuse to revive the war on small businesses, and so they did that with glee.

And now, with Slow Joe’s occupation of the White House, it’s far worse. The loss of control of energy costs are a multiple whammy to smaller businesses: Manufacturing costs rise, the supply line of parts and subsystems dry up, wages and jobs then do too and so even the pool of skilled help is gone. Transport of goods both in and out is another weighty factor. And while the revenue pressure is reaching new heights, the cost of personal energy needs bloat on the home front.

Far back in its history, Scotland declared the sport of archery “essential” to the nation, for good reason — defense. Yet in America we could not see small business, the engine that accounts for roughly 75% of our livelihoods and our global influence and that therefore carries this nation on its shoulders, as essential. Why is that?

The answer is obvious: It’s not an accident. The people pulling the strings simply hate free enterprise, and especially hate independent small businesses. Their motivation is the following:

Ideologically, they resent any of us being able to thrive without their approval. They want to dictate who makes it and who doesn’t. That way if you disagree with them, they’ll simply crush you AND your family until you have nothing — until you starve. They prove this intent every day with the cancel culture ethic, and with the “Trump Clause” in the H.R.1 Manifesto Of Fraud (no, wait, they’re calling it the “For The People-Currently-In-Power Act,” aren’t they)…what I call the “Trump Clause” is the H.R.1 clause that tries to dictate that any President will have to completely divest of all private financial interests, AND their entire families divest of all of it too, if the Democrats deem that those interests present ethical conflicts. You know how it would go, with all their own being given passes and all other party’s Presidents being reduced to paupers, such that nobody of means will ever run against them…no one who has made a fortune and who now wants to give the rest of their life to public service will even stand up to them.

Like Stalin’s corrupt regime that even today holds Russia in poverty long after it faded away, like the Chinese Communist Party who even as I type this is marching to extreme new orders to punish anyone within their country who has done well financially…like those two horror shows, American leftists despise free enterprise, and for the same reasons. They know that free enterprise gives us the freedom to do well without having to chant their mantras — the freedom to be independent of their schemes and rules. If we have means, we can support the leaders we want to support — someone with actually something to offer. They want to stop that. The leftists themselves would of course do very well because they’re entitled to rule, you see, and you need fine steak and fine chocolates to rule. And very nice cars. And sleazy Chinese hookers. They need that essential stuff.

Of course, they believe we’re entitled as well: To what, though? To be part of the “collective” that they would leverage. To work and receive the designated allotment of food and living space, in tenement buildings near a bus line that gets us to work and back. ‘Equity’ in the poverty range, while they oversee and enforce that equity.

They claim they’ll see ‘need’ out here if it ever happens, and address whatever ‘need’ they see. If they see any, they’ll hike taxes further and create a new program…or else just not see it in the first place.

Ideologically, they claim that a private sector mechanism can’t be trusted to determine the deservedness of a citizen. We, however, are instructed to trust them, idiots without plan or ability, to “run things” and decide our deservedness. It will be less than theirs, of course.

(In truth, a private sector mechanism would quickly deem them undeserving, on grounds that they produce nothing for society and they tear down everything we need to produce.)

Bottom line, leftists claim that being an “individual” is no longer allowed. We are to work, and to be cookie-cutter herd animals. The state, their state, owns us — that’s their grand dream. The old joke about tax return forms only having two lines, the first of which asks, “How much did you make last year?” and the second of which says, “Send it in,” is truly the utopia they hope to implement.

That’s their vision. And so according to them, starting and running your own business is just not going to be permitted. Nobody should succeed without their approval.

But they cannot easily decree that “small business is outlawed.” They. like the looters and moochers in Atlas Shrugged, want the money of it, they somehow in their stupidity think that engine will keep running even if they abuse it (they never started a business, you see, ever…unlike Trump did and we did), and there would be a hundred different kinds of rebellion if they tried. So they must somehow…uh…shame us, yeah!…into condemning free enterprise. So, free enterprise is…yeah, good idea!…racist! It’s a “vestige of white supremacy1” Nor do they stop to see how they’re contradicting themselves by also running Asian, Afro-American, Indian and Mexican ventures out of business along with those whose skin evilly reflects a little extra light.

Okay, so in their smoke-filled amoral-strategist back rooms, they have decided they’ll use “racism” to attack free enterprise. (They also use the cultism I’ll call climate-change-eology. That’s a whole other article I’ll share another day.)

What else do they hate? Well, anything else the rest of us see as a higher authority, anything that inspires our loyalty and outranks them. Such as…Religion. And the Family Unit. They hate-hate-hate those institutions! They can’t compete with them. So they mock Faith, and do their best to prevent lifetimes of hard work (a farm, a business, whatever) from being handed down to one’s children.

And to shame us into going along with all this, conveniently, magically, they were able to puke out a “theory” that “proves” all those things are racist. It’s so pathetic a “theory” they should be laughed out of the country; it’s got no more “critical” thinking in it than do elementary school defecation jokes.

But thus they have their mechanism to attack and dismantle all those things they hate. And hate and greed is all any of it is about. They care no more about “racism” than they care about banana slug slime. You think Harris regrets that her family got rich by owning slaves and thus paved her path in life??? You think Pelosi would forego buying expensive truffle snacks and instead sponsor inner-city teenagers through University??? You think any of them care that they’re siphoning off the best and brightest from Central American countries and planting them here where they’ll live out their days in shame living on welfare programs at the bottom rung of a society they don’t really understand…while their own countries and their family legacies die??? They do NOT care. What they want is just to hate, and to seize power, and “race” is the lying excuse they aim to leverage. If a few tens of thousands of teenage girls get raped to death in illegal immigrant caravans, well, the American leftists think that’s okay as long as they just keep denying it’s happening.

Eventually if such a “not allowed to succeed in life unless you’re approved by their party” vision was ever established, it would do no more than destroy the lives, the hope, and the dreams of everyone, quickly avalanching into idleness and skill-less-ness and near-zero productivity…and then famines and civil war would erupt…that is, if we’re not first invaded and consumed by another power. And they too would be gobbled up by it — but they’re too stupid to see that an implosion like that would claim everyone. They think they’re clever, but they’re dupes.

From all the left’s resentment of individuals right now still being able to thrive without permission, the above insights can be easily derived. Their “vision” is not a picture that could help a single soul — even those few “in charge” would be gobbled up by the horror they’d created. That would be the only _ silver lining in it. 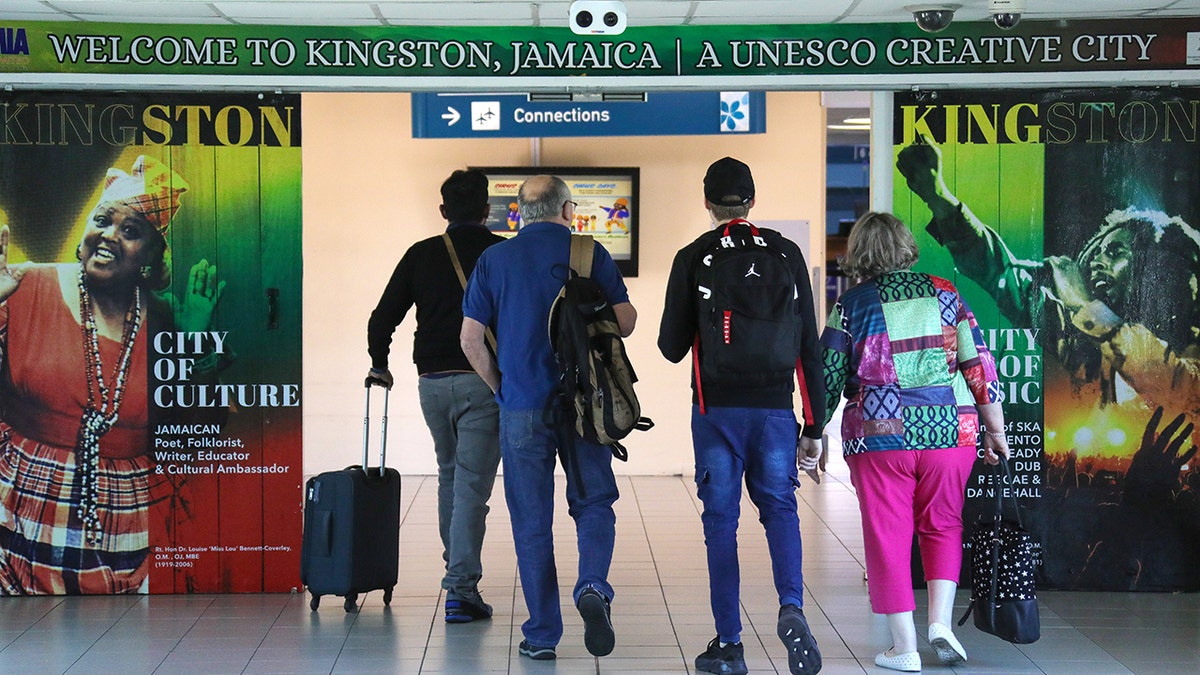