The statue of Puritan John Harvard in Harvard Yard is weeping today.

The Daily Mail reported Harvard University (whose degree used to mean something) has named a devout atheist to be its new head chaplain (over 40 other chaplains) who wants to be known as a “humanist rabbi.” The over-priced, over-touted, and over-endowed school says, “it’s catering to the 40% of students who are NOT religious or agnostic.” But then, I thought they had done that for 50 years. The newly appointed religious leader said, “We don’t look to a god for answers.” Well, I know that’s been going on for more than 50 years.

Furthermore, Harvard Medical School continued to rewrite their history when they removed portraits of 31 of their past presidents because 30 were white. One of its former presidents has been designated a “racist, homophobic, antisemitic (sic), and xenophobic.” While I hesitate (a little) to defend such a person, it is not scholarly (or honest) to deny history. He did help make Harvard what it is, and all scholars stand on the shoulders of past dead, male, and white intellectuals. Harvard will still accept donations from white, dead (or living) males to fund scholarships to POC whether they qualify as students or not. All Harvard officials who sign on to such reverse racism might deserve a quota-hired surgeon when they need a triple heart by-pass.

The cowardly Harvard officials suggest students should not have to see portraits of a former racist president while they’re “eating Cheerios” in the dining hall. Well, at the cost of $278,000 for four years, students should be eating a more delicious breakfast than Cheerios. How about old-fashioned breakfast from Cracker Barrel or Waffle House, which would include service with a smile.

Harvard officials have not been true to their heritage for decades. Conscientious people are known for their consistency. Not hypocrisy. However, when one remembers the noble history of Harvard and its present place in society, it is evident that Harvard needs to make some significant changes to be consistent, but ones not prompted by political correctness.

If Harvard really wanted to do the principled thing, they would hire a president who willingly accepts the term, Fundamentalist. Or at least Evangelical but not the loosey-goosey kind. They would do that to be true to their heritage and faithful to the many born-again Christians who supported the school for hundreds of years.

The school was taken over by the enemy it was organized to fight against.

Harvard’s history began when the colony established its first college at New Towne (Massachusetts), later renamed Cambridge. Classes started in the summer of 1636 with one professor and nine students in a single frame house and a “college yard.” The present student body consists of over 20,000 students and 360,000 living alumni worldwide.

John Harvard was a Puritan minister who died of tuberculous in 1638 at 31 years of age and left half his estate to the new college. He is known as the “founder” of Harvard but was more of a benefactor since the school was founded two years earlier. There is a statue honoring John at a prominent place in Harvard Yard.

John was a teaching elder at the First Church of Charlestown in the neighborhood of Boston. It is associated with both the United Church of Christ and the Southern Baptist Convention “holding to a conservative view of the Bible and holding to the traditional Reformed view of theology.” Harvard served as an assistant minister at the church until his death.

Therefore, Harvard University owes its existence to a Puritan preacher who believed bizarre things like fornication and adultery were sinful and that such sins were punished by execution (carried out three times.) And no one ever waved the LGBTQ flag at Harvard Yard.

John’s statue should depict him hanging his head in shame at Harvard’s theological and moral bankruptcy.

Henry Dunster was president in 1640 at age 28 and served until 1654. He should get credit for the success of the college since he found Harvard desolate of students, devoid of buildings, and definitely needing income. He left it a blossoming institution with several buildings and a promising future.

Dunster’s forced resignation caused significant controversy because he was a famous Puritan, but by 1653, he became convinced infant baptism was unscriptural—bad news for a Puritan. He refused to have his baby son sprinkled since he now believed “only penitent believers confessing their sins” qualified as baptismal candidates. He even “intervened publicly at the baptism of [a] local infant,” causing a major stir in New England.

The baptism doctrine pretty much made Dunster a Baptist except in church government. More bad news in Puritan New England. He made it worse by asserting all gospel worship is based on Scripture “but paedobaptism (infant baptism) hath none.”

Moreover, Dunster believed in the separation of church and state while the Puritans’ Congregational Church controlled everything, even voting.

Dunster’s cause was clear, and he was forced to leave his home in Cambridge. The Puritan Court ousted Dunster from his home even though he had contributed a hundred acres of land to the college on which he had built the president’s home with his own hands. With winter approaching, he received an order to vacate the home even though his family was ill.

If present Harvard officials were compassionate and principled, they would really do the right thing by replacing the current Jewish president with a strong, male Baptist! I can provide a long list of qualified candidates with Ph.D., Th.D., Ed.D., or D.Min. degrees.

I might even consider the Presidential position under the following conditions: All unbelieving professors must resign immediately; all non-Baptists will be “let go” at the end of the school year; all tenure will be disavowed at the end of this school year; all immoral relationships will be confessed and forsaken; every employee will be expected to read the Bible through each year; Smoking, swearing, and swilling any alcoholic beverage will be cause for dismissal of any student or employee; I will have full authority to make any changes in employees, policies, curriculum, etc. Lastly, I will run the school from Georgia since there is no way I will leave the serenity of the south for the nightmare of Boston.

Note to the Harvard Trustees: I will consider the position. No promises.

One of the early presidents of Harvard was Increase Mather, who graduated from Harvard at age 17, sailed to Dublin for his Master’s Degree at Trinity College, and back to Boston to become pastor of North Church in 1661. The following year, he married his stepsister Maria Cotton. He became president of Harvard in 1685 and resigned in 1701, mainly because of political matters—not because he married his stepsister. While serving as Harvard’s president, Increase Mather used an enslaved man given to him by his son Cotton Mather “to run errands” for the college.

Cotton Mather supported the new college headed by his father and taught that Blacks were “the miserable children of Adam and Noah,” ordained to slavery as punishment.

So, Harvard has slavery in its history, not just racism.

Harvard University’s departure from the faith and its charter is what has happened in every other educational institution in the world. If John Harvard knew what his namesake was doing, he would be appalled at the apostasy.

Former president of Harvard John Leverett (died 1724) complained about vile student activities in his day. In his diary, Leverett confesses that the faculty “struggled mightily to control unsavory student behavior such as swearing, ‘riotous Actions,’ and card-playing—to which student diaries add attending horse races and pirate hangings in Boston.”

Obviously, Harvard has drifted far, far from its Puritan roots. It seems anything is permissible, even acceptable at Harvard, no matter how contrary to Scripture. One of their professors, Steven Pinker, pontificated, “The Bible is a manual for rape, genocide, and the destruction of families…. Religion has given us stonings, witch burnings, crusades, inquisitions…and mothers who drown their children in the river.” So, the first college in America now has professors who refuse and reject and ridicule the Bible.

What would John Harvard be thinking?

Harvard’s mission statement at its beginning was, “Everyone shall consider as the main end of his life and studies to know God and Jesus Christ, which is eternal life. John 17:3.” Remember that this statement was told to early Americans who were asked to give of their meager income to finance the new college. They gave but never expected the school to apostatize to become one of the most anti-Christian schools in America. Americans are still giving to Harvard until it has the largest trust fund in the world—over 39 billion dollars. Make a note that it is billion, not million.

With the preceding in mind and Harvard officials draping or removing portraits of former presidents who were racists, some other changes are required in the name of consistency. First, they must remove the statue of John Harvard. After all, he taught that a wife was to obey her husband, believed all sexual activities outside marriage were wrong and taught that homosexuality was an unspeakable sin.

Several Harvard professors were angry that school officials responded to the major college cheating scandal by looking into professors’ private emails. The professors declared that is worse than selling an acceptance letter to wealthy families. But those professors didn’t seem concerned about sex week, anti-capitalism, pro socialism, anti-Semitism, and a general departure from the Bible, their heritage, and common sense.

If students today should not have to eat their Cheerios looking at the portrait of a racist, then students should not have to walk by the statue of John Harvard, who held to the biblical teaching about marriage, sex, and perversion. Nor should they have to face the name, painting, or facts about a Bible-spouting Baptist who embarrassed every Puritan in the colony for rejecting infant baptism. That goes for Mather, who owned a slave while on campus. Call everyone together to scour the campus and every building to remove any reference to Mather because of his reluctance to denounce the Salem Witch Hunt. He must go.

Being run by wimps without character (including the board of trustees responsible for all the incompetent professors and vacuous curriculum), Harvard will not make any changes that the school’s founders and supporters would have thought wise.

I weep with John. 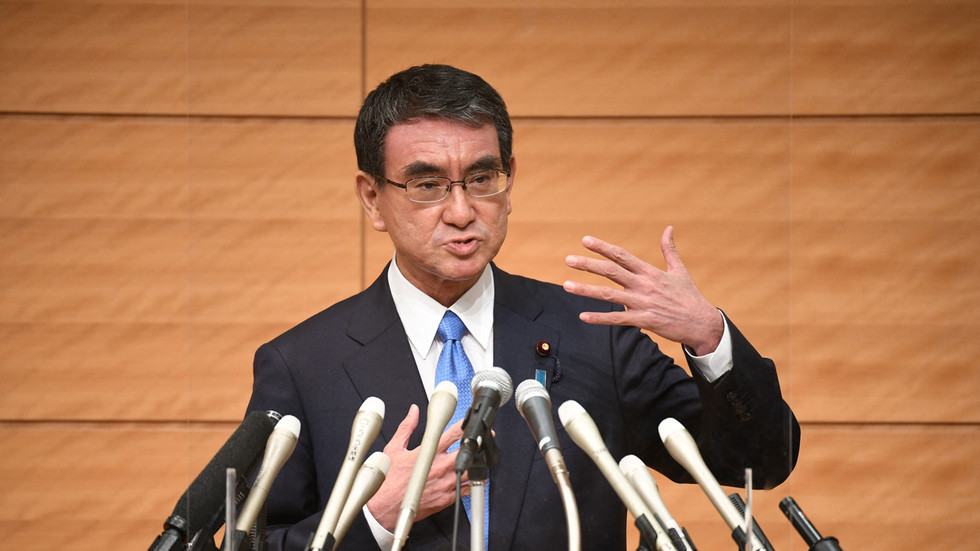 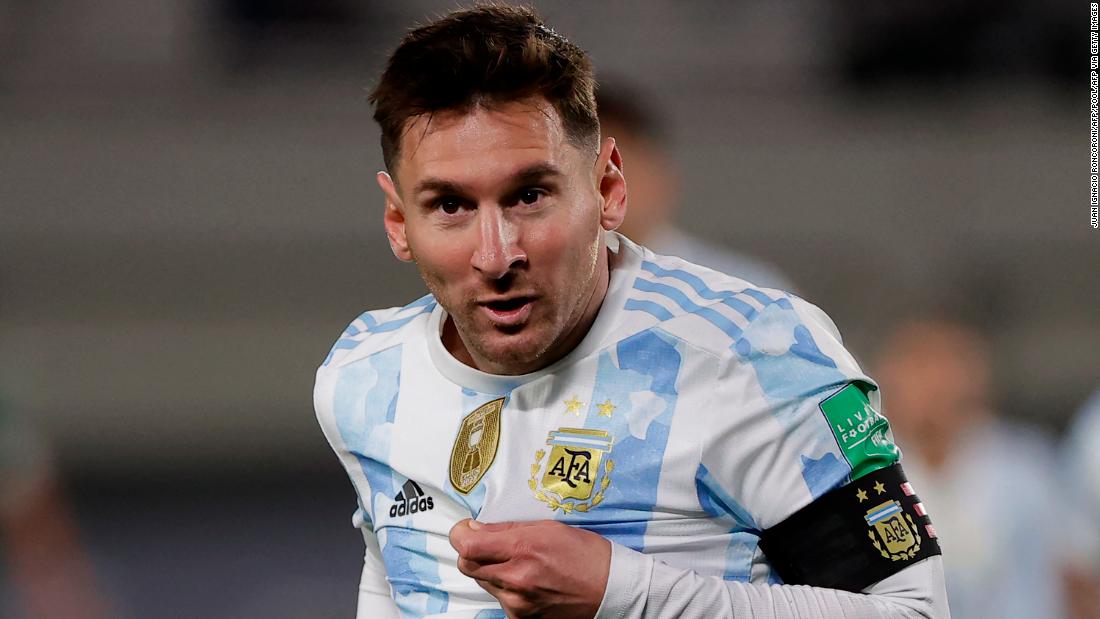