New research by Stanford professor John Ioannidis shows that COVID is about as deadly as the flu and could be even less deadly if we protected the vulnerable and treated people early.

Early last year, Stanford professor John Ioannidis stated that if we didn’t know a new virus called COVID existed, we might just “have casually noted that flu this season seems to be a bit worse than average.” Now Ioannidis has done research that perhaps vindicates that statement, finding that the coronavirus’ infection fatality rate (IFR) in most of the world is less than 0.20 percent — much like that of the flu.

What’s more, the professor concludes that protecting the vulnerable and early treatment could likely reduce that IFR further.

Dr. John Ioannidis has some sterling credentials. After his name at Stanford’s University’s website it states, “Professor of Medicine (Stanford Prevention Research), of Epidemiology and Population Health and by courtesy, of Statistics and of Biomedical Data Science.”

“To boil it down,” explains PJ Media, “he is a medical doctor trained in internal medicine and infectious diseases, specializing in epidemiology, and evaluating medical data to inform decisions.” And what he’s learned about COVID-19 IFRs “should end Covidstan Forever,” the site optimistically states.

Curious about actual China virus IFRs and extrapolating “from confirmed cases, he concluded that, around the world, more than half a billion people have probably been infected with COVID,” writes commentator Andrea Widburg.

“Using that metric, Dr. Ioannidis concluded that most locations around the world have an IFR that’s less than 0.20%,” she continued.

“However, as we’ve also learned, COVID does not attack all people equally,” Widburg further writes. “When Democrat governors, beginning with Cuomo, decimated their elderly by warehousing COVID-infected people in old-age homes, we saw that the elderly are the single largest vulnerable population. Dr. Ioannidis, therefore, decided to look at age-related survival rates, and he came up with survival numbers that, if more widely known, would bring this mad panic to an end.

New research by Stanford professor John Ioannidis shows that COVID is about as deadly as the flu and could be even less deadly if we protected the vulnerable and treated people early.

None of this is surprising or revelatory. Note that the 0-19 survivability number above is almost precisely what the Centers for Disease Control (CDC) said it was last October: 99.997 percent. The other figures also more or less align with CDC 2020 findings.

Most Americans, however, would assume that the numbers are far higher, partially because of media and health-establishment misrepresentation. For example, the NIAID’s Dr. Anthony Fauci has said in the past that SARS-CoV-2 has a “mortality rate” of one percent, which itself had fallen from two or three percent.

Fauci’s statement leads people to believe that if they contract the virus, they have a one in 100 chance of dying. This is untrue. In reality, most people’s chances vary between approximately one in 500 to one in 1,000,000. If you’re healthy and not elderly, the probability COVID will claim you is extremely low — your odds of dying in a car crash are far greater (one in 8,393 over just one year).

This gets at Ioannidis’s point, which is that many if not most people who contract the China virus won’t even know it. Moreover, even the CFR would be far lower if the health authorities hadn’t stigmatized early intervention, largely motivated by a one-dimensional, all-consuming, blind desire to push vaccines as the only disease-mitigation option. In fact, as I often mention, renowned COVID doctor Peter McCullough has said that a proper and official treatment protocol established early on could have saved 85 percent of the lives lost to the China virus.

Instead, however, the standard procedure has been to tell COVID patients with mild symptoms to go home and return only when symptoms worsen. Yet at this point it’s often too late for mitigation efforts to be effective — and death may result.

Despite this, the demonization of early treatment medications such as ivermectin continues. For example, when “word got out that Joe Rogan treated his COVID with ivermectin (as well as hydroxychloroquine), the condescending sneering began,” writes Widburg, before citing the following tweets. (New American readers will love this: The first is from a Council on Foreign Relations member.)

But here’s the kicker: It has emerged that “the CDC, beloved of the American left, strongly recommends ivermectin for third-world refugees heading to America carrying inside of them a host of parasites,” Widburg further informs. Note also that it “is one of the safest drugs known … is on the WHO’s list of essential medicines, has been given 3.7 billion times around the globe, and has won the Nobel prize for its global and historic impacts in eradicating endemic parasitic infections in many parts of the world,” as OneDayMD.com puts it.

As for hydroxychloroquine, I myself have a relative who’s an internist and who, along with her husband, fell ill with the China virus much earlier on in the pandemic — and she prescribed the drug for both of them. Don’t be surprised, either: An early-2020 poll of 1,200 doctors found that 65 percent of them would give hydroxychloroquine to a China virus-infected family member, and 66 percent would take it themselves.

To put this in perspective, even the CDC now admits that the COVID “vaccines” — which really are genetic-therapy agents (GTAs) — merely do what it’s claimed these drugs do: mitigate China virus symptoms. Given this, what’s riskier, using a tried and true medication that has existed for decades?

Or taking something completely new, a GTA that introduces a genetic code into your bloodstream that programs your body to, hopefully, create a robust immune response?

Everyone must make his own choice, but some might say they’d like to be confident that their cure isn’t worse than the disease. 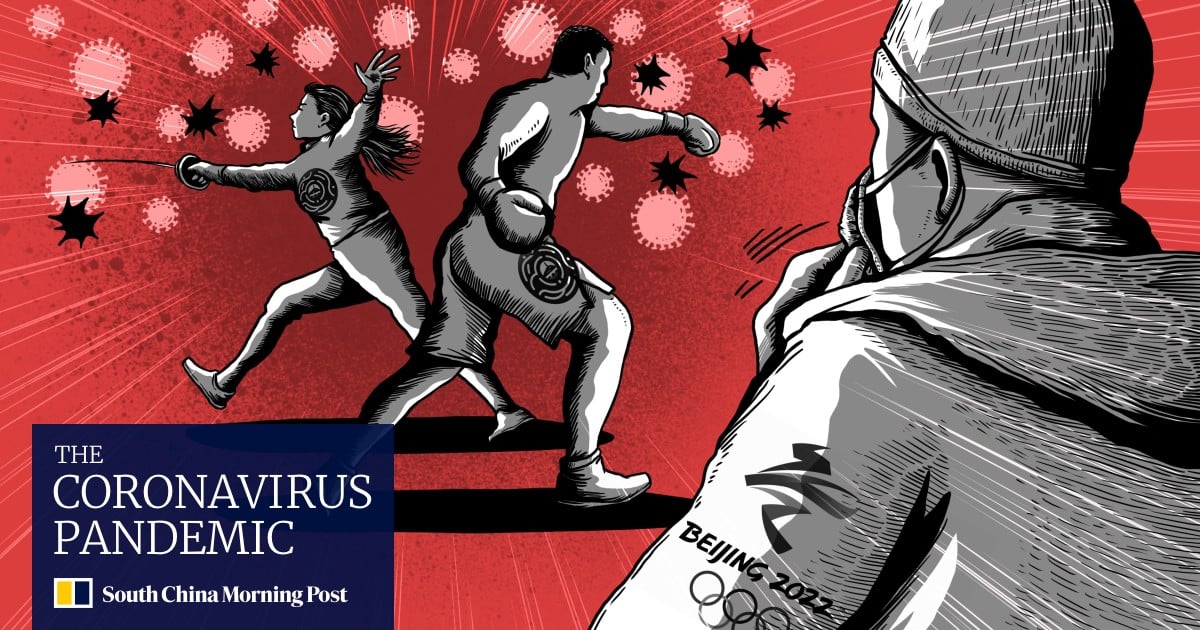