Confidence is essential, indispensable even, when a society uses a fiat currency. Without it, fiat currency (funny money) is only so many pieces of colored paper.

For 50 years, the US has been making pieces of colored paper and distributing them around the world, convincing nations great and small that there was value in these. In the old days, the Federal Reserve had filled their banks with tremendous stacks of these tokens and they were carried around the globe to finance everything from dishwashers to F-16s.

There are several formulas that attempted this calculation but the real magic, though, is that anyone still takes US currency seriously.

If you want to buy votes, influence behavior or prop up an ally, and you are the POTUS, you make a case for how badly it is needed and poof, the money in everyone else’s wallet is worth less in response to your edict.

Recently, since the advent and mass adoption of the digital economy finance, purchasing goods and services and money creation are done with a number of keystrokes on certain computers with the information sent to other proprietary computers and ~viola~  the deed is done.

Any actual printing necessary printing is done later. No cumbersome stacks of paper, printing press machinery (that is forever in need of maintenance), security to store and transfer the filthy lucre and by the way, actual confiscation if the government wants to deprive you of its property (it is their property) that you worked to acquire. Nope, just a note to a government keyboard gnome, and ~poof~ you are a bag person. And if you have ever tried to reverse a gov’t action when you are broke you will know that resistance is futile.

They (the US government or the Fed or whomever you blame for this condition) have a monopoly on the currency and the power to enforce their monopoly. By the way that is why I didn’t invest in Bitcoin when it first came out. They can outlaw it and you are screwed. The Government doesn’t like competition so if you contest the primacy of USD you better really have game. There are consequences to being a hegemon, but there are also consequences to shutting down the global economy to make sure your plans don’t get rearranged.

In any case, their currency monopoly has led to a complete takeover of the world economy, medical and pharmaceutical dictatorship, and subjugation of the population of the entire globe to combat a virus with a fatality rate that is less than the previous seasonal flu, and they had to commit massive fraud to achieve those numbers. So does that make me a conspiracy theorist? Yes it does, I think the only question is how deep it goes and who is involved.

Ben Shapiro likes to point out that massive conspiracies have too many people who would be willing to expose the lies. I counter that there are thousands of people who have come out exposing the lies, but the amount of money involved and the press being fully invested in the narrative any dissenters, such as ‘Frontline Nurses’ and many doctors not named Fauci who speak out but whose voices are stifled by the media giants and gatekeepers of information… Twitter even banned ME for life (he says tongue firmly in cheek).

Here is an hour-long clip of what I think is an interesting expose’ of today’s medical protocols. It makes reference to some debatable outcomes of bills HR-666 advanced by Ayanna Presley and HR-6666 that would make it law that the CDC declare that racism is a public health crisis and propose outcomes that would fix this…what?!

I could write for days about the stupidity of this but she is the ‘Ringo’ of the squad. And a bill introduced by Rep. Bobby Rush (D-Il) that promotes contact tracing a truly onerous outcome of having Leviathan as government.

Here is another take on the Covid medical establishment’s attempted takeover of our country and the world through healthcare-induced tyranny.

So if you want to figure out the reasons behind all of this perfidy and skullduggery it is usually easiest to listen to what the politicians are accusing the populace of, the populace not in line with their dictates, and extrapolate to the outcome that is being pushed.

When you take a close look at it, it’s easy to see that there are two main labels they use to attack their enemies.

First is Racism, it is a trope that has survived decades of evidence that America while imperfect past and present (a caveat that is repeated ad nauseum every time the subject is broached) even though past and present we are the least racist country to ever exist.

Those who shout racist at every slight real or perceived involving a conflict between people of different races even when the accused racist is a black libertarian confronting the lily-white, deeply politically connected, soon to be ex-Governor of CA.

Elder has been labeled the ‘black face of white racism’ and was attacked by a white person in a gorilla mask who threw an egg at him. While Newsom, who has close ties to powerful Representative Nancy Pelosi through marriage, promotes punitive lockdowns and unhelpful mandates that kill small businesses that minorities depend on, Larry Elder is both attacked by racists and derided as one! It’s absurd and shows the delusional nature of the left.

That is one example but I guarantee that almost everyone reading this has been accused of being a racist for disagreeing with someone on the left. But it is they who promote voter laws because they suggest that black people are too backward and/or stupid to have an ID to prove the qualification to vote.

The left constantly pushes government handouts to reverse systemic racism and achieve parity in incomes but it does just the opposite in creating a generational dependency on ‘government money’ along with promoting a permanent bureaucracy to administer it, sucking more money from the economy in support of the unproductive. Say what you want about Trump, but his economy created more jobs that previously unemployed minorities filled.

Second is Sexism, the term means excluding the female-gendered among us from equal opportunity in society. Unlike separate drinking fountains, not everyone lines up at the trough for the same thing.

Traditional female roles of raising children and maintaining a home are spat upon by reformers as not good enough for the modern female. That she should strive to achieve everything her male counterpart does. That of long nights filling out job reports or employee evals or working on presentations is somehow empowering to women and scary for men. Maybe at the beginning of the sexual revolution when having a woman playing in the same sandbox was new but now after seeing that they weren’t telling men how to dress and how to talk (well they did that) that they provided real competition for jobs and promotions and it made everyone work to be better.

In my experience sexism worked in reverse where the boss was eager to show he wasn’t ‘a good ole’ boy that girls had a sort of glide path to opportunity. And if they proved themselves men had to suck it up and up their game.

But still the elites use “sexism” against us. Reality doesn’t matter to them, only the usefulness of a term.

Wake up to what’s going on. What they can’t control with the almighty dollar they’re attempting to control with accusations of sexism and racism. 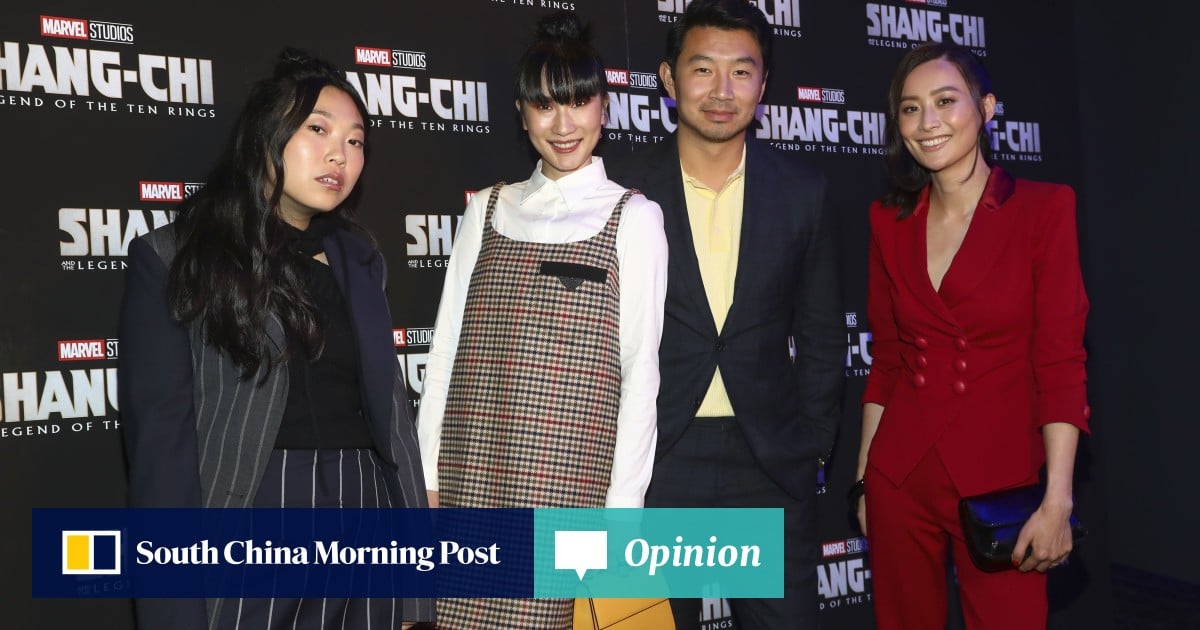