In recent days at various award ceremonies and the Met Gala event, the voyeurs, deviates, degenerates, perverts, and wretched losers of the world watched attractive females (and silly, sissified, and senseless men) cavort at various venues strutting their stuff.

All done without shame on the part of the scantily dressed entertainers and the desperate viewers.

It seems the women have no sense of shame as their bosoms bounced hither and yon in danger of falling out. The ladies, or females in their forties, are obviously losing the battle to gravity as they parade braless for the world to see the Second Law operate in front of their eyes. Everything tends to go down, and for sure, everything that is considered an asset is heading that way.

Megan Fox said she’s been dressing nearly naked on the red carpet lately to fight “puritanical” projections of what women should be. No, she cannot pretend to have a high-minded motive. She realizes she has no other assets but a well-constructed body, so she wants to exhibit it as long as it is exhibitable. And that may not be very long without some paint-and-body professionals to keep it flauntable.

It is remarkable that one reviewer let her have it for her scandalous transparent dress by writing, “Megan Fox turned up to the VMAs wearing a transparent column dress with a bedazzled t*ong, a look that none of us asked for or wanted to see.” Not sure what the * is all about, I applaud his courage.

Megan Rapinoe (whose specialty is hating America, and I think she plays soccer) wore a gown emblazoned with “In Gay we Trust.” She is an outspoken lesbian. Her sponsors are Procter & gamble, BodyArmor, Hulu, etc., that every principled person should avoid. Sports Illustrated photographed her topless, almost naked; however, I don’t think many men are desperate or stupid enough to spend more than a casual glance at her topless photos as my wife and I did in preparing for this article.

For those who plunge ahead and look, there will be little chance of mental fornication.

The Met Gala affair, like all the awards shows, was a clown show with AOC (the incredible gift to Republicans) in her Tax the Rich gown and another woman with a silly costume demanding Equal Rights for Women expressed on a long train. The affair cost $35,000 per person, and the Socialist Party ripped into AOC for attending while BLM protesters were doing their thing in the streets and being arrested. It seems the natives are getting restless; maybe a social revolution is simmering among the left.

Many women wore transparent dresses revealing thong underclothes where decent women used to wear “bloomers,” as Grandma called them. Often, the attractive whores wore a silver cross around the neck to express whatever. That compounds the disgust many-fold since the cross normally speaks of redemption, commitment, forgiveness, and righteousness.

For the last three or four years, the naked look has been getting worse in festivals, media award presentations, and other venues.

Naomi Campbell walked the runway wearing a “full, naked gown” in 2019, and Rihanna (not sure of her full name; maybe like Liberace, Cher, and Alexander) got the attention she craved in her famous naked dress, with a matching thong. Commentators said these were celebrity naked dress moments that we’ll never forget. “They were daring, fun, and downright historic.” No, they were a pathetic collection of male and female tramps and are an example of the underground decadence that has always been available to the sick, the vile, the demented, and the degenerate if they are willing to slink into a degrading, dirty, dark social sewer.

Tinashe (whoever she is) wore a cross necklace and little else while Lil Nas X, an alleged male dressed in purple as a woman. Lil’ Kim wore a purple wig and one breast hanging loose, and Megan Fox was escorted by Machine Gun Kelly—a pathetic, possible male.

It was an expensive clown parade anticipating an early Halloween.

Some dresses were so outrageous, it is difficult to believe anyone would be seen at Trader Joe’s in them but on international television! We know shame, decency, discretion, modesty, and the like have disappeared, but what about taste? One man was wrapped in a blanket, and I wondered how much he paid for his “designer” blanket.

Since the Fall of man, the earth has been cursed with women (and men) who used their bodies in illicit ways. They have been called loose women, prostitutes, whores, hussies, fallen women, and sluts; however, there was a sense of shame and disgrace in their activities in earlier days. Even Hollywood lowlifes tried to be discrete. While these labels are considered offensive, so is the lifestyle.

Proverbs chapter seven reveals the tragedy of indecent attire: “I discerned among the youths, a young man void of understanding…And, behold, there met him a woman with the attire of a harlot…So she caught him, and kissed him…With her much fair speech, she caused him to yield…Her house is the way to hell, going down to the chambers of death.”

Exhibitionist women are exposing to the world what should be seen only by their lawful husbands.

With the acceleration to nakedness along with the competition on television and movies for exhibitionism, grossness, and shock value, I foresee not only a loss of shame and decency but the loss of a nation.

If an unmarried woman got pregnant, she was sent to “visit her grandmother” for a few months when I was young. The family still loved her, wanted the best for her, forgave her, but there was a sense of shame for the family and the bastard baby. But those days are long gone. Society calls this change “reproductive freedom,” but God calls it whoredom: status, beauty, money, and education don’t change anything.

Yes, any of our unmarried daughters can get pregnant, and it is a heartbreaking situation, but when it happens again and again, the young woman is a slut, whether she is my daughter or yours. Of course, getting pregnant doesn’t make her a slut; being sexually immoral does. Sex outside of marriage is always wrong for male and female.

It is not illegal to be promiscuous (male or female), but a graduate law student shocked the nation with her advocacy for slutism. Her audacity and lack of shame are appalling. While she did not admit to casual sex, she did plead the cause of sluts everywhere. Loose women and men who sleep together take the risk of walking away with more than they expected! With all the STDs out there, I am amazed prostitutes stay in business. It shows that many men think below, not above the belt.

No, they don’t think at all.

In her testimony to congressional Democrats in 2012, the advocate for casual sex (at taxpayers’ expense) appeared to have no shame, decency, self-respect, or morals. She was trying to force insurance companies to finance sexual activity by paying for birth control. The daughter of a Methodist pastor told Democrat representatives (since Republicans refused to hear her plea), “Without insurance coverage, contraception, as you know, can cost a woman over $3,000 during law school.” Well, not really. For those dumb enough to use birth control pills, they can be purchased for $12 or so per month.

Rush Limbaugh called her a slut and prostitute, causing a major controversy, and later apologized for his choice of words. I thought they were right on target, and there will be no apology from me, fake or felt. President Obama got into the fray by calling her and giving his support.

Some people will do anything for 15 minutes of fame. Or infamy. She wanted me to pay for students’ roll in the hay! That is insanity. When you play, you pay. Not me.

It is scary to realize that she is now an approved, licensed, commissioned, and accredited attorney who ran (and lost) for the California senate and spoke at the 2012 Democrat National Convention. I remind everyone that this lady, oops, this woman wanted taxpayers to fund recreational sex because it is a health issue; however, taxpayers are not responsible for college students’ recreation. Honestly, we are not responsible for providing anything to them. The females or their parents could pay for any birth control, or the promiscuous girls could require their male sluts to provide their own protection.

I wonder if her parents are hiding in a dark cave somewhere! Maybe, just maybe, their permissive child-training contributed to and encouraged her sexual lunacy!

Feminists tried to make this a birth control issue, but few are limiting birth control availability. Normal people simply insist that the promiscuous should provide their own.

No birth control method is 100% accurate, but female sluts could solve their problems using the old American standby—keep an aspirin between the knees. That is a 100% sure way to prevent pregnancy and STDs.

Any woman can go to a government-financed clinic and get “free” birth control. But that would be “demeaning.”

Moreover, if women can’t pay for birth control, then their parents can do so. According to her testimony, a woman needs $3,000 to fund her recreation through grad school. The Bible calls such people (male and female) whores. Sluts might consider getting a J-O-B to fund their recreational expenses.

She whines about the need for financial help to the sexually active, but life is tough, and as that great philosopher John Wayne declared, “Life is tough…it’s even tougher if you’re stupid.”

Our budding attorney said, “Women like her have no choice but to go without contraception” (speaking of a female college friend without insurance that pays for birth control). No, they can stop recreational sex. Problem solved and money saved.

The testifying co-ed is just a fluke, not representative of ladies I know. Her testimony shows that a graduate student demanding taxpayers fund illicit sex is a little nutty. 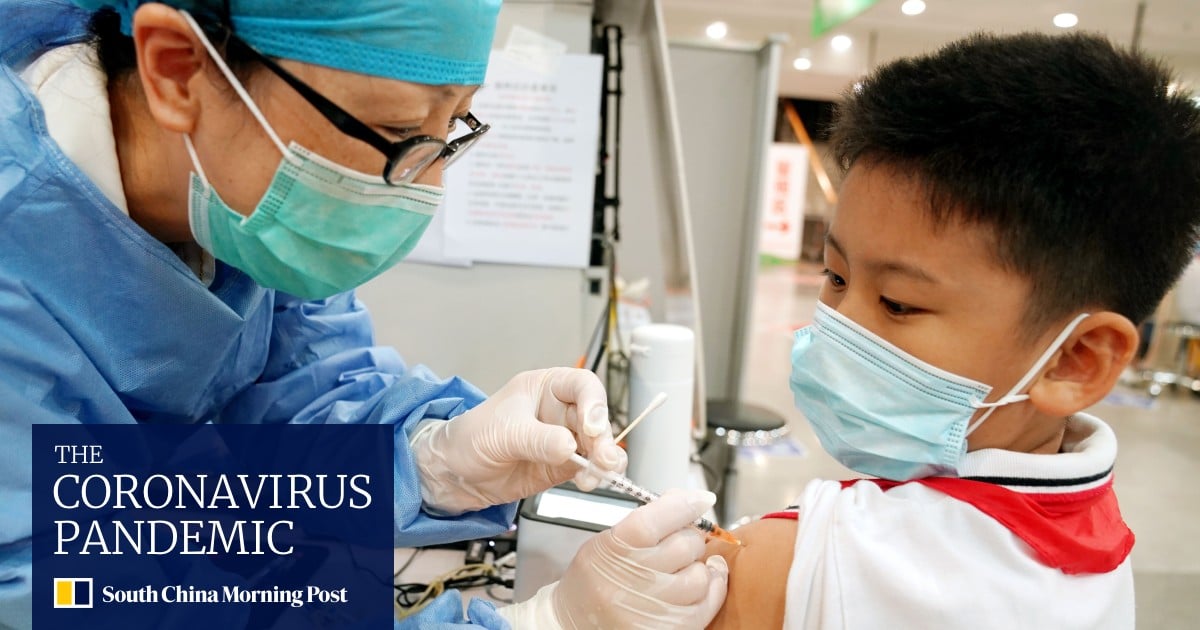