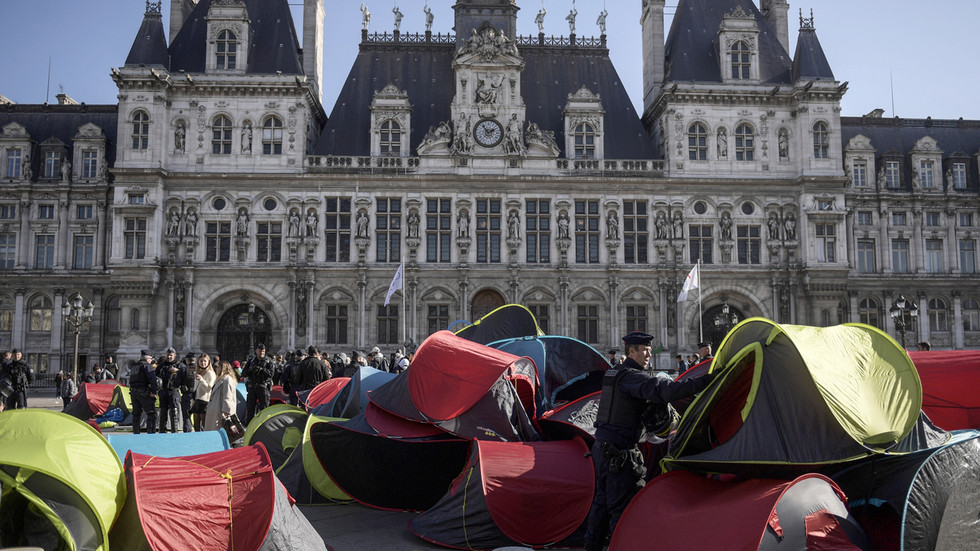 Hundreds of tents were set up on a square near the iconic Hotel de Ville in Paris on Thursday, as homeless migrants, supported by an NGO, demanded better housing. The protest was later dispersed by police.

Videos published on social media showed officers in riot gear removing dozens of tents from a square at the heart of the French capital, right outside the city mayor’s office. The tents, which occupied much of the square, were provided by the association Utopia 56 – an NGO seeking to draw the authorities’ attention to the fate of hundreds of homeless people, mostly migrants, who have been living on the French streets for months.

Around 250 homeless men and women took part in the protest action, which was quickly stopped by the police. The actions of Paris’ law enforcement agents drew the ire of Utopia 56, which maintained that homeless migrants have a “right to decent accommodation” as well as the right to demand it through peaceful protest.

“These families need accommodation, not to be dispersed around the streets,” Utopia 56 said in one of its Twitter posts, adding that “dozens of … children” were among those living on the streets. An activist told BFMTV its “solidarity accommodation network” had been overwhelmed for weeks, as it had to take care of more than a hundred people each evening. “It is really an emergency,” he added.

“We demand that the prefecture grant accommodation places to these people,” said Pierre Mathurin, a Utopia 56 coordinator. The Paris authorities have not so far responded to the demands, while the police said only that officers had been deployed to prevent the setting up of an “illegal camp at the heart of Paris.”

It’s not the first time Utopia 56 has orchestrated such an action. The group previously set up a similar camp that included 250 tents housing 320 migrants, mostly from sub-Saharan Africa, outside the mayor’s office back in June. That camp was also evacuated by the police the next day.

The protest did have an impact, though, as some 270 people, mainly families, were subsequently relocated to two gyms in the city, while another 50 young adults were sent to a concert hall requisitioned to host asylum seekers in the wake of the protest. Utopia 56 described the solution as only temporary, however, and the Parisian authorities concurred, saying they had no plans to host the migrants there permanently.

In July, the NGO organized a similar protest in another tourist hotspot at the heart of the French capital: the Place des Vosges. This time, the camp was set up for some 400 homeless people. They comprised both legal and illegal migrants, the unemployed and the working poor unable to pay Paris’ high rents despite having a job.

The authorities are legally obliged to provide housing to migrants as soon as they submit their application to the Office for the Protection of Refugees and Stateless Persons. However, a chronic shortage of shelters has led to a situation where not everyone is given proper accommodation. Critics argue that this is all part of a deliberate policy aimed at dissuading migrants from arriving in France in the first place. 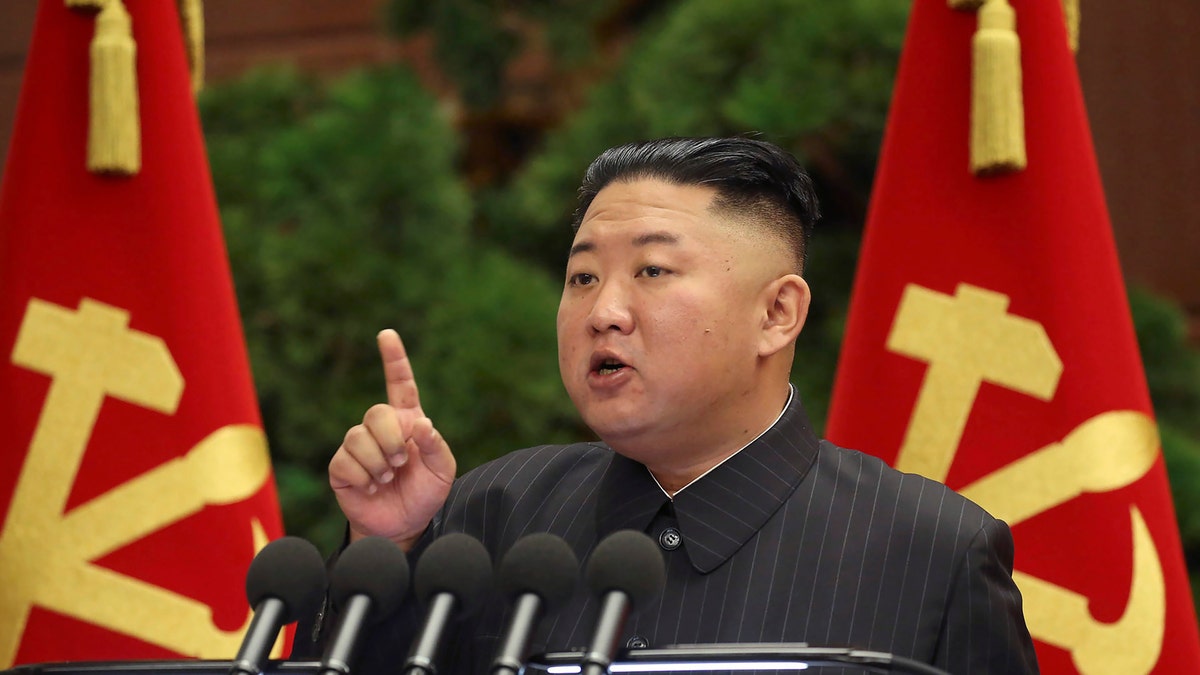 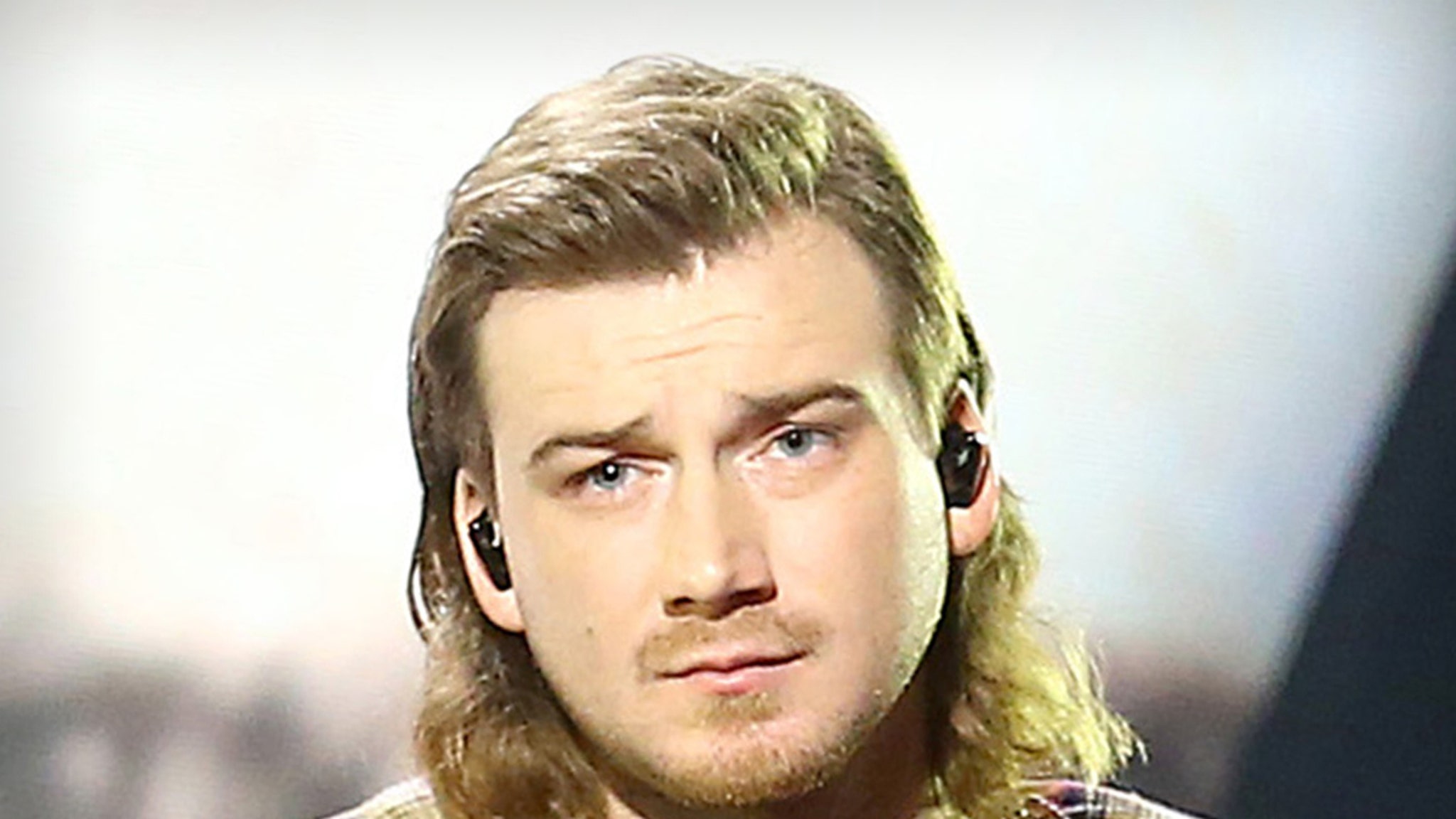