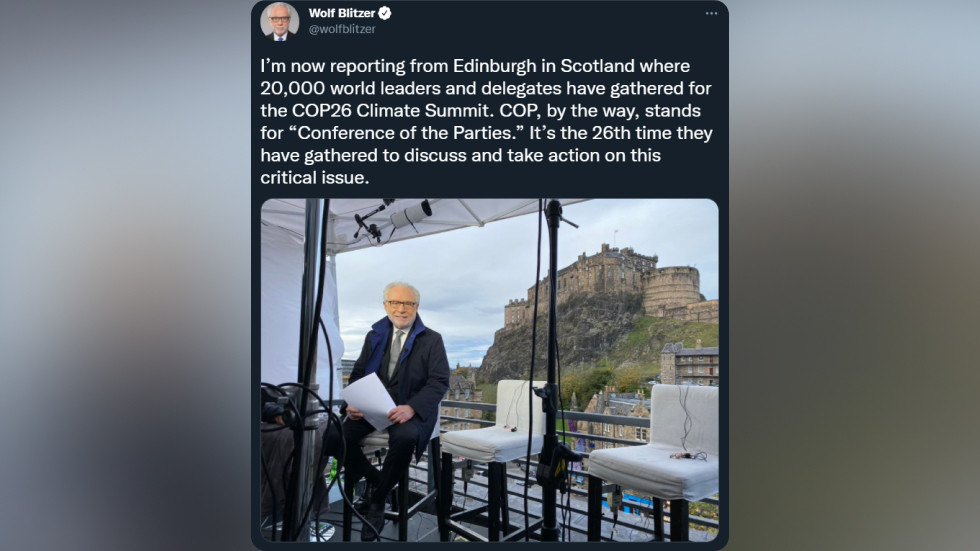 CNN anchor Wolf Blitzer has caused a stir on Twitter as he posted a photo of himself in Edinburgh in the buildup to the United Nations Climate Change summit. But as many have pointed out, the event is being held in Glasgow.

On Monday, Blitzer, the anchor of CNN’s The Situation Room, took to Twitter to share that he and the CNN team were now in Scotland for the COP26 summit. “I’m now reporting from Edinburgh in Scotland where 20,000 world leaders and delegates have gathered for the COP26 Climate Summit,” he wrote, sharing an image of himself on set, with the capital’s castle in the background.

I’m now reporting from Edinburgh in Scotland where 20,000 world leaders and delegates have gathered for the COP26 Climate Summit. COP, by the way, stands for “Conference of the Parties.” It’s the 26th time they have gathered to discuss and take action on this critical issue. pic.twitter.com/BGTAeU5cBy

However, as hundreds, if not thousands, of people have pointed out, the COP26 summit isn’t being held in Edinburgh. The summit is being held some 45 miles (72 kilometers) away in Glasgow, Scotland’s largest city.

And while Blitzer likely meant that 20,000 people would be descending on Scotland as a whole, not Edinburgh, it hasn’t stopped a torrent of merciless mocking. Former UK MP, Douglas Carswell was among many jokingly accusing the CNN anchor of “Fake news” adding “COP26 is happening in Glasgow.”

“Forgive me if I get my information from a news organization that managed to go to the right city,” wrote author James Felton, who shared a meme based on a sketch from the US TV show ‘The Office’, in which an American journalist fails to distinguish the difference between Glasgow and Edinburgh.

Specsavers, a company in the retail of prescription eyewear, wrote “Should’ve gone to Glasgow,” playing on their famous and long-running advert “should have gone to Specsavers.”

FT assistant editor Janine Gibson joked that there was probably “a very sensible health and safety rule” for putting the Situation Room a minimum of 50 miles from the Actual Situation.

One person chimed in sharing directions to Glasgow from Edinburgh, noting: “Glad your at least made it to the right country.”

Glad your at least made it to the right country🙄

I’ve attached a train schedule for your perusal 👇😂 pic.twitter.com/8bQv0WpVZH

Meanwhile, a parody account for UK Prime Minister Boris Johnson said that Blitzer appeared to have “all the necessary attributes to become my next Foreign Secretary.”

While it is understood that some 20% of the 25,000 COP26 attendees will be staying in Edinburgh and commuting to Glasgow, Blitzer’s situation room is well over an hour away from where world leaders gathered on Monday.

The event brings together some 200 nations, who are being asked to put forward their plans to cut carbon emissions in line with the 2015 Paris Agreement. The pledges are part of a global agenda to keep global warming less than 2C above pre-industrial levels. 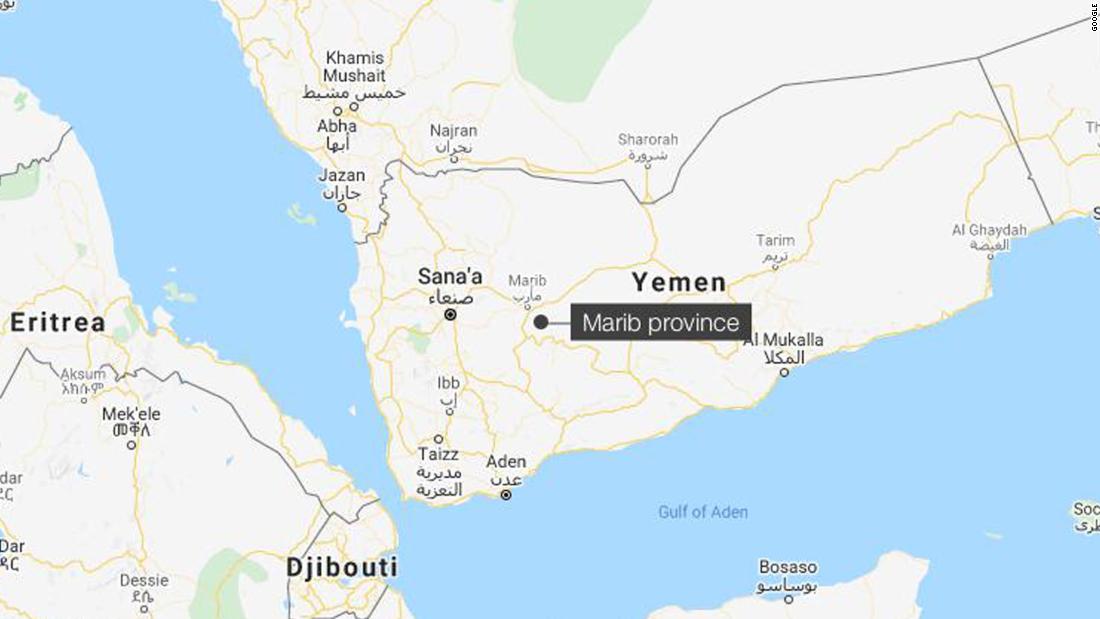 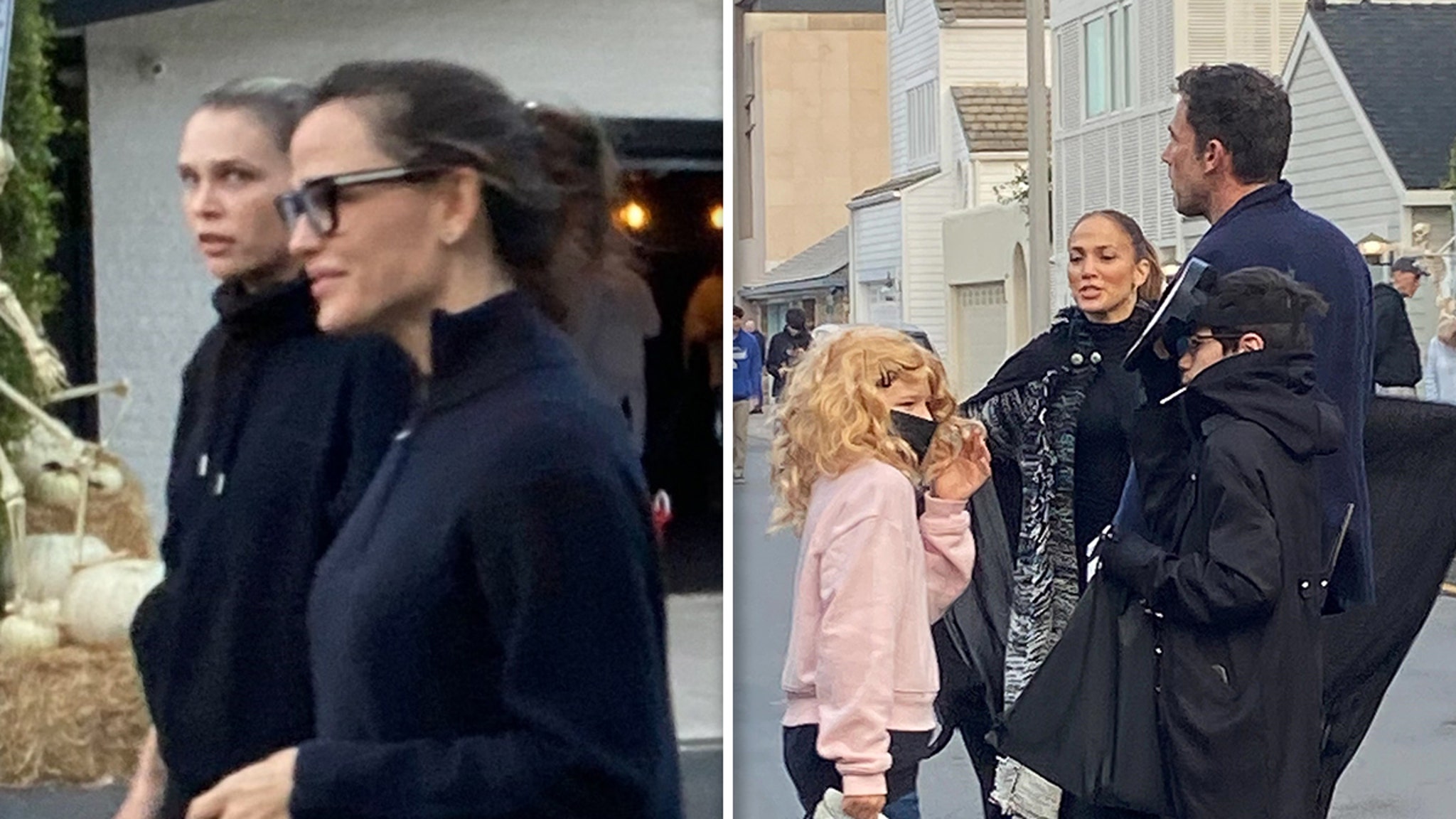