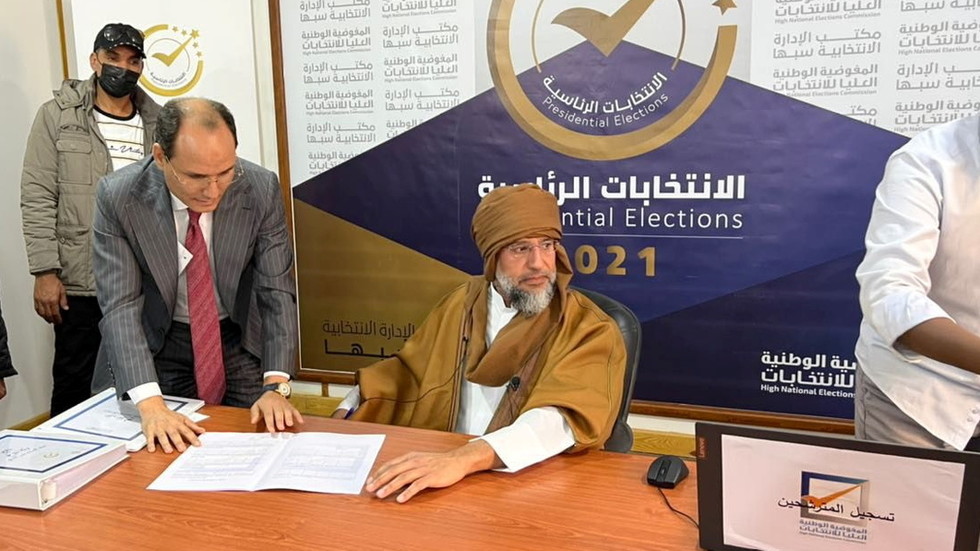 Saif al-Islam Gaddafi, the son of former Libyan leader Muammar Gaddafi, has filed paperwork to run for president. He is wanted internationally for his role in the 2011 war in Libya, which cost his father his power and life.

The 49-year-old was registered as a candidate in the December 24 presidential election, the divided country’s election authority has confirmed. Footage showing Gaddafi Jr. submitting the paperwork at an election center in the southwestern city of Sabha on Sunday was published by the local media.

He was wearing a traditional Bedouin robe and turban not unlike what his late father wore when he was stressing his tribal connections. He also had a long greying beard.

The December poll is the latest attempt to reconcile the North African nation that remains deeply fractured and impoverished a decade after a NATO bombing campaign helped anti-government forces topple and kill Muammar Gaddafi.

If the vote goes as planned, Saif al-Islam will be running against candidates from various factions. These include east-based military commander Khalifa Haftar, Abdul Hamid Dbeibeh, who is the prime minister of the UN-recognized Government of National Unity in the capital, Tripoli, and the speaker of the Tobruk-based parliament, Aguila Saleh.

Saif al-Islam will run as a member of a group of his father’s loyalists, the Popular Front for the Liberation of Libya, which was formally established in 2016. He is expected to appeal to those nostalgic for the economic prosperity and stability that marked his father’s lengthy authoritarian rule of Libya.

International players are supporting the bid for the vote. On Friday, they brought together stakeholders at a conference in Paris and secured their pledges to support the outcome of the election. There is still no agreement on the rules under which it is to be held.

Saif al-Islam spent most of the past decade in obscurity, partially because he spent many years in captivity in the northwestern city of Zintan. In 2015, self-proclaimed authorities in Tripoli tried him in absentia and sentenced him to death for alleged crimes committed during the 2011 war, but Zintan militias refused to hand him over for execution. He was reportedly set free in 2017.

Further complicating his bid for the presidency is a standing warrant for his arrest issued over his role in the 2011 war by the International Criminal Court (ICC) in The Hague.

The UK-educated scion of Gaddafi, who was perceived by many in the West as a preferable future ruler of Libya, sided firmly with his father when Western-backed rebels took up arms against his rule.

Fadi El Abdallah, a spokesman for the ICC, was quoted as saying that the court “does not comment on any political matter,” in response to the Sunday news, while confirming that Saif al-Islam’s legal status in ICC eyes “has not changed.” 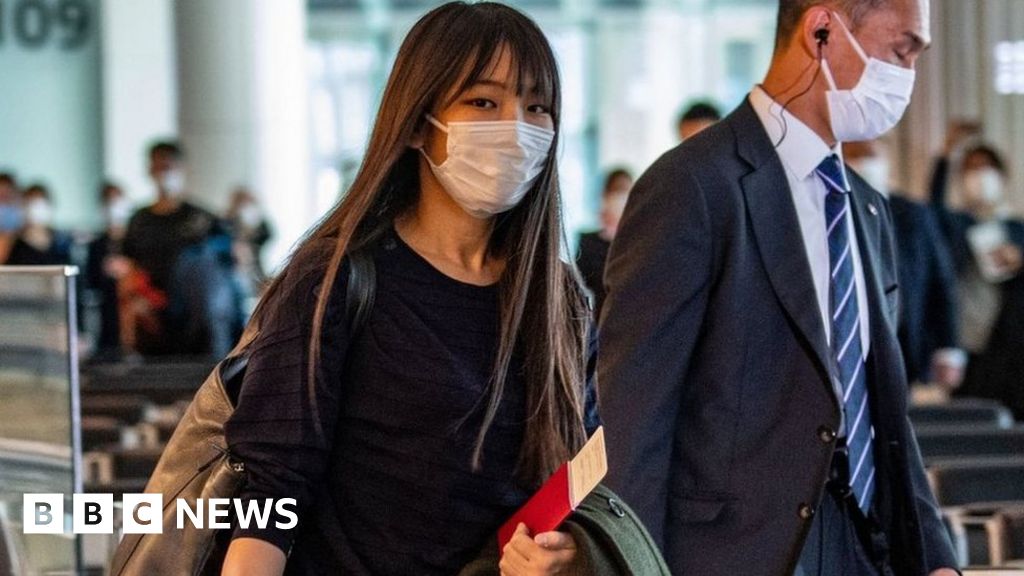