As a parent, or when I come to think of it, as a decent human being, nothing makes you cringe more than cruelty to a child. It is disturbing when a child bully attacks a weaker peer. It is immeasurably more heinous when an adult bully attacks a defenseless adolescent.

Any civilized society gives a minor’s immaturity so much regard that even the most serious crimes are treated differently when committed by a juvenile. The members of the far left crew in the United States, however, are not covered by a banner of “a civilized society.” The woke crowd, which proudly includes the members of the mainstream media, is a gang of sadistic bullies who take pleasure in brutalizing the powerless. No target is off-limits to them, as long as that target could be described as “a traditional American.”

The left reaches new and improved levels of depravity when faced with “an extremist” that is a teenage boy who has better things to do than spending time on Twitter salivating over Billie Eilish’s new boobs. Every time one of these “outcasts” shows up in the public arena, the media unleashes full ammunition of the “smartest” and “highly qualified” scholars (mainly residing in Hollywood and the academia) to batter the young offender to the point that would send any Gitmo detainee screaming “torture.”

This kind of child abuse first showed up when Covington High School junior Nicholas Sandman had the audacity to appear at a pro-life rally. The kid committed the terrible crime of smiling while being a white heterosexual male. That “obnoxious” posture sent the media into such frenzy that they went scouring the deepest swamp to find the dirt filthy enough to throw at the defenseless high school kid. And when they could not uncover the goods they simply fabricated the narrative to paint Sandman as some racist bigot.

In a now-deleted tweet, CNN’s “adult in the room” Reza Aslan opined:

“Honest question. Have you ever seen a more punchable face than this kid’s?”

A fine example of a Hollywood “intellectual,” Jack Morrissey, produced this pearl of wisdom:

Even after his network’s shameful lawsuit for defamation was settled in Sandman’s favor, another CNN heavyweight, Joe Lockhart, threw a tantrum that would make any toddler blush:

The media made such a ritualistic and uniformed sadistic display out of demonizing Nicholas Sandman with such titillating glee that they inadvertently made him a rich man. I know it pains them terribly that they are now paying for Nick’s college tuition. But, the media never learned their lesson. So when the new “offender” presented himself in Kyle Rittenhouse, the media could not control their excitement – as the Covington fiasco never satiated them.

In what was both a prescient and articulate speech at the 2020 RNC Convention, watch Nicholas Sandman address all Americans about the media’s malpractice and their appetite to be divisive and hateful.

While the two cases are not remotely similar, they involve the same “villain:” a teenager – a child, essentially – being brutalized by the bullies of the left. A young man believing that America is a noble nation is almost as much of a threat to the left as a Black person who does not believe in the “systemic racism” charge levied on American society by BLM. When confronted with that kind of “outlaw mentality,” anything goes for the leftist media. And that includes proclaiming a convicted white child rapist whose main occupation was destroying black-owned businesses while screaming the N-word to be a victim of a teen white supremacist. The fact that Rittenhouse and all those who were shot that evening were white is an inconvenient truth the complicit media ignored.

Before the trial even began, the left-wing media convicted a child of heinous crimes. Arguably, the most powerful man in the world, Mark Zuckerberg, spared no effort for the “noble” cause of destroying the defenseless kid. The man who thinks he is the most powerful man in the world, Joe Biden, did not waste his time with due process, using an unruly teen as a useful tool for his political purposes( read here for further examples of the depths of their depravity) The most powerful forces in the US colluded to destroy a 17-year-old boy.

Last week during the trial Kyle Rittenhouse took the stand in his defense and, as he relived the trauma of that night, visibly broke down while experiencing a panic attack. Kyle’s attempt to cope with the effects of PTSD was evident for the whole world to watch. This vulnerable Kid, with a documented history of being a thoughtful and a law-abiding citizen, explained to the jury his feelings and actions on the night in question. He expressed his bewilderment of being a young kid who felt he was going to be killed by those threatening his life and the actions he took that, unfortunately, resulted in the loss of life. It was heartbreaking to watch:

Kyle was so emotional that the judge had to stop the trial and give him some time. That did not sit well with the sadists within the media complex.

Here is Ana Navarro whose job description is to impersonate a “Republican” working for CNN:

Apparently, besides being a card-carrying “Republican,” Ana Navarro also holds a degree in child psychology. Therefore, she can tell that Kyle’s tears were fake. Unlike the people who cried “real” tears of “anguish and grief” over the convicted child rapist. At least Rosenbaum was not a Trump supporter, and therefore, he will be dearly missed by the whole cast of CNN.

Here is Issac Bailey, professor of public policy at Davidson College, unleashing every bit of wisdom he acquired during his years in academia, going on a rant against a crying child:

“I mean, look at his red, tear-stained face on the stand, so compelling that the judge stopped the trial for 10 minutes to allow Rittenhouse to compose himself. His tears tell the story.

Those protesters made him shoot them. It was their fault, and only theirs, not Rittenhouse’s. He was trying to do good, to protect this dying nation.

And that’s the same nonsense claim people have been using throughout the U.S.”

Here is the distinguished “legal analyst” Jeffrey Toobin, astonished at “the stupidity” of a teenager:

“I mean the stupidity of this is, ‘what could possibly go wrong,’” he added. “Well a lot went wrong. The good news for Kyle Rittenhouse is that he’s not on trial for being an idiot.”

Finally, here is “a personification of bravery,” LeBron James, picking on somebody of “his own size” – a crying kid. It must be noted that LeBron fakes injuries so blatantly it would make a three-year-old blush – so he must be an expert on “fake tears.”

The party that used to take pride in being “the party of compassion” turned into a bunch of brutes for whom not even cruelty to children is off bounds.  The people who chastised conservatives for criticizing Greta Thunberg have no qualms about beating conservative boys into a bloody pulp.  To the left, the only children who are “sacred” are those whose immaturity they can exploit.  And that means, for all of you traditional boys – if you want to defend conservative values and live to tell the tale, have the wisdom to wear a skirt. 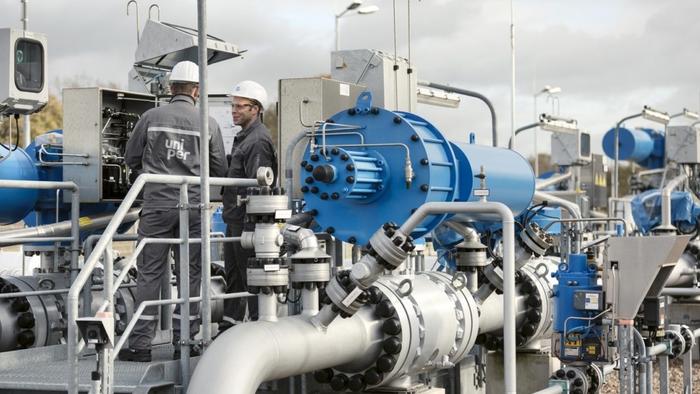