It only took WSJ three weeks to catch up with us on a story we reported about supermarkets lining empty shelves with meaningless items to appear as full as possible.

WSJ reports UK shoppers have noticed supermarkets are using signs, moving products, and employed a whole suite of other tactics to create the illusion there are no physical gaps on shelves.

One example has been stacking crates of products, including sodas, beer, and other drinks, in front of empty shelves usually lined with prepackaged meals. Other boxes filled with chocolate candy have been stacked high to mask the reality fresh vegetables are out of stock.

“We’ve been impacted by some patchy disruption to our deliveries,” a spokesperson for Co-op said. “Our teams are always trying to make sure our stores look as attractive as possible and sometimes managers come up with creative ways of making sure shelves are full.”

A combination of Brexit, supply chain woes, and the energy crisis in Europe has sparked product shortages as demand remains robust. In a recent poll, 17% of UK consumers said they couldn’t purchase essential food items, according to figures from the Office of National Statistics.

For grocers, fronting merchandise which means they’re bringing everything to the front to make the store look as packed as possible, is necessary to prevent a run. The psychological effect of empty shelves on the consumer creates panic buying – something grocers want to avoid. Other supermarkets have been lining shelves with cardboard “dummies,” including empty prepackaged sandwich boxes.

British grocer Tesco PLC was caught using cardboard photos of items to replace merchandise in some stores. A spokesperson told WSJ that decoys had nothing to do with supply chain challenges. Meanwhile, Sainsbury’s PLC and the John Lewis Partnership PLC’s Waitrose & Partners used signs to fill empty shelves.

“It’s probably quicker and definitely cheaper to put bits of cardboard in than it is to do anything else,” such as reorganizing a store’s aisles or moving stock to fill the empty space, Shuttleworth said.

Grocery store managers on both sides of the Atlantic are deploying some of the oldest tricks to create an appearance that everything is alright, so consumers don’t panic hoard. 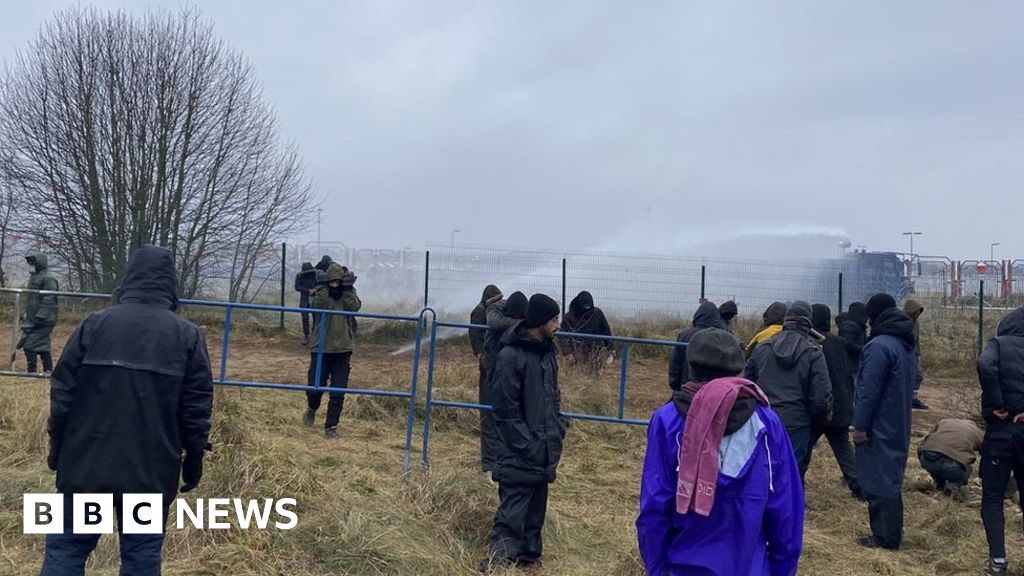