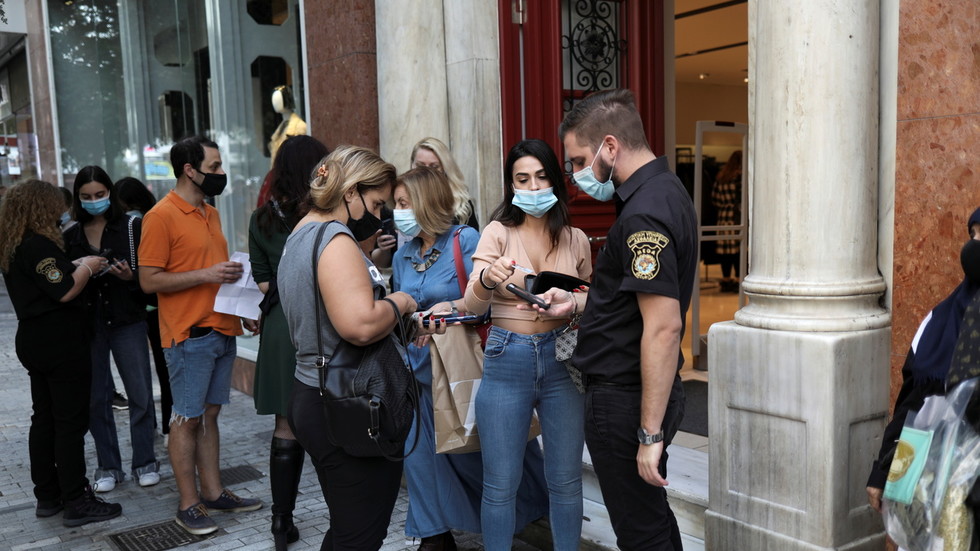 Greece will soon prohibit unvaccinated residents from entering a litany of public spaces, the country’s prime minister has announced, claiming its current Covid outbreak is largely fueled by those who haven’t received the jab.

Starting next week, the unvaccinated will be barred from entry to restaurants, cafes, theaters, bars, gyms and museums, among other indoor public places, PM Kyriakos Mitsotakis said on Thursday, noting that a negative Covid-19 test will no longer be accepted as an alternative to proof of vaccination.

“This is indeed a pandemic of the unvaccinated,” he said as he announced the move in a televised address, adding “Greece is mourning unnecessary losses because it simply does not have the vaccination rates of other European countries.”

The new rules are set to take effect on Monday, and will require Greeks to present vaccine certificates to businesses and other indoor establishments to be allowed inside. Those attending religious services mark a rare exception, however, as they will only be asked to present a negative test in order to enter a church or other place of worship.

In a bid to encourage booster vaccinations among the elderly – a population much more vulnerable to Covid-19 – citizens over the age of 60 will be made to renew their certificate after a period of seven months.

While officials had hoped to hit a full vaccination figure of 70% for Greece’s population of 11 million by autumn, the number currently stands at about 62%, according to Reuters. As its weekly case counts continue to soar to record highs, the country reported 7,317 new Covid-19 infections and 63 deaths on Thursday, bringing the totals to more than 860,000 cases and some 17,000 fatalities since the pandemic kicked off in late 2019.

The new restrictions in Greece mirror similar policies implemented elsewhere in Europe, with Austria, Germany, Italy, France, the Czech Republic and Slovakia each imposing limits on public life for the unvaccinated. Though the Austrian government recently imposed a full lockdown for millions of residents who have not received the shot, some officials in that country are pushing for even harsher policies, including a national stay-at-home order on the jabbed and non-jabbed alike.