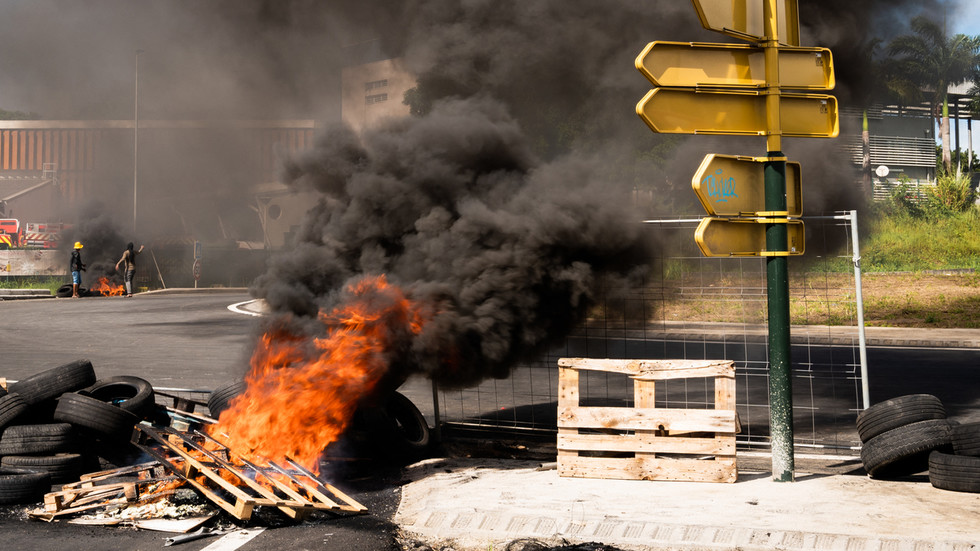 France has imposed a curfew on its overseas territory of Guadeloupe and is sending extra police to the island, citing days of “violence,” unrest and vandalism in response to harsh pandemic restrictions.

“Given the ongoing social unrest and acts of vandalism, the prefect of Guadeloupe has decided to establish a curfew starting today from 6pm to 5am,” Alexandre Rochatte, who represents the archipelago as prefect, said on Friday.

Earlier on Friday, the French Interior Ministry noted that 200 French police officers and gendarmes would be shipped into Guadeloupe in the coming days to crack down on the “violence” and “restore republican order.”

READ MORE: Macron discloses whether lockdown for unvaccinated will be necessary in France

The move comes after nearly a week of heated protests over local Covid-19 policies – which include mandatory vaccinations for healthcare staff and other ‘essential’ workers, among other things. Demonstrators have torched cars and erected burning barricades in the streets, while doctors, firefighters and other professionals have walked off their jobs in protest, according to Reuters.

In footage circulating online earlier this week, men purported to be protesting firefighters were seen soaking police with a water hose hooked up to a nearby fire hydrant. Officers quickly shut off the spigot.

A firefighter sprinkles the gendarmes during the evacuation of a dam in #Guadeloupe where an unlimited general strike began today against the health pass and compulsory vaccination under penalty of suspension but also to denounce other problems of the territory . pic.twitter.com/lDtDkMx4YZ

As in mainland France, residents are also required to present proof of vaccination, a negative PCR test or show they recently recovered from the virus in order to enter a number of public establishments, including restaurants and museums.

Those policies have proven unpopular for many locals, with trade unions launching indefinite strikes in protest over the last week, joined by other residents in street demonstrations.