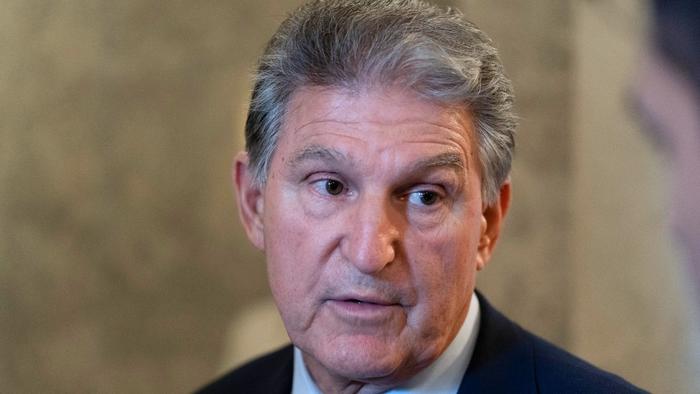 Update (1034ET): Sen. Joe Manchin said during a local radio interview that Joe Biden’s staff did some ‘inexcusable’ things which drove him to reject the Build Back Better plan.

“They drove some things, and they put some things out that were absolutely inexcusable. They know what it is, and that’s it,” he says on @HoppyKercheval‘s MetroNews program.

Manchin takes a shot at WH staff. “This is not the president — this is staff.. They drove some things that are absolutely in excusable.”

“I just got to the wit’s end of what happened.”

He won’t say if he’ll accept scaled-back bill. Says it needs to go through committees first

Progressive Democrats are livid at moderate Sen. Joe Manchin (D-WV) for killing the Biden administration’s $2 trillion Build Back Better plan over the weekend.

“Our entire democracy is on the line,” tweeted congresswoman Alexandria Ocasio-Cortez on Sunday. “We, as always, are here to fight for this agenda. What matters most to us is that it gets done,” she added. “But we cannot just shrug our shoulders and accept this as some Charlie Brown moment.”

We, as always, are here to fight for this agenda. What matters most to us is that it gets done. But we cannot just shrug our shoulders and accept this as some Charlie Brown moment.

Our entire democracy is on the line. So we need to get back in there & get this sh*t done. Period

Meanwhile, House Rep. Cori Bush (D-MO) tweeted: “Honestly, I’m frustrated with every Democrat who agreed to tie the fate of our most vulnerable communities to the corporatist ego of one Senator.”

“No one should have backed out of our initial strategy that would have kept Build Back Better alive.”

Honestly, I’m frustrated with every Democrat who agreed to tie the fate of our most vulnerable communities to the corporatist ego of one Senator. No one should have backed out of our initial strategy that would have kept Build Back Better alive.@POTUS, you need to fix this.

Let’s be clear: Manchin’s excuse is bullshit. The people of West Virginia would directly benefit from childcare, pre-Medicare expansion, and long term care, just like Minnesotans.

This is exactly what we warned would happen if we separated Build Back Better from infrastructure. https://t.co/dhzcSk0qUV

On Sunday, Manchin said he couldn’t explain a “yes” vote on BBB to the people of West Virginia.

Rashida Tlaib, meanwhile, said Manchin had committed a “betrayal of his constituents,” while Sen. Bernie Sanders (I-VT) called for Democrats to bring the bill for a floor vote anyway so Manchin was forced to have his “no” on record.

“To be clear, my lack and deficit of trust was about Senator Manchin,” Pressley told CNN‘s Jake Tapper on Sunday. “He has continued to move the goalposts. He has never negotiated in good faith. And he is obstructing the president’s agenda, 85 per cent of which is still left on the table.”

“I was listening to his interview earlier today, and he said it’s a mammoth bill/ You’re right. It’s a mammoth bill to address mammoth hurt, to lower the cost of eldercare, child care, prescription drug costs, the child tax credit, which is so critical in combating child poverty.”

“He’s continued to move the goal post. He has never negotiated in good faith and he is obstructing the President’s agenda.” – Democratic Rep. Ayanna Pressley on Democratic Sen. Joe Manchin saying he won’t vote for the Build Back Better Act. https://t.co/eMGDIhZLL0 #CNNSOTU pic.twitter.com/xximGZSIxm

On Sunday, the White House accused Manchin of breaking his word.

“Senator Manchin promised to continue conversations in the days ahead, and to work with us to reach that common ground,” said White House spox Jen Psaki in a statement reacting to Manchin’s announcement.

“If his comments on Fox and written statement indicate an end to that effort, they represent a sudden and inexplicable reversal in his position,” she continued, “and a breach of his commitments to the President and the Senator’s colleagues in the House and Senate.”

Sen. Lindsey Graham hit back at the White House, calling their response “laughable.”

“The White House statement attacking Senator Manchin for deciding to vote no regarding Build Back Better is ‘Baghdad Bob’ laughable,” he tweeted.

The CBO analysis is not fake and Build Back Better without budget gimmicks will add $3 trillion to the deficit.

The White House’s lame attempts to attack CBO and Senator Manchin to hide the devastating impact of Build Back Better is not working and will not work.

In closing, read this from Glenn Greenwald:

That it’s all Joe Manchin’s fault, that the Good and Compassionate Democrats would have done such great things for America’s poor and working class if not for this sole Bad Senator, is the game they always play. Here’s what I wrote in Salon in *2010(:https://t.co/e7q9nMxGBs pic.twitter.com/h5k3EBWrNk

CNBC: Nancy Pelosi, worth $300 million in stocks, “says federal lawmakers should be able to trade stock in office: ‘This is a free market’”

That’s who the Democrats *really* are, not the bullshit brand they sell every 2 years to gullible left-liberals.https://t.co/ADvJx1rM2u 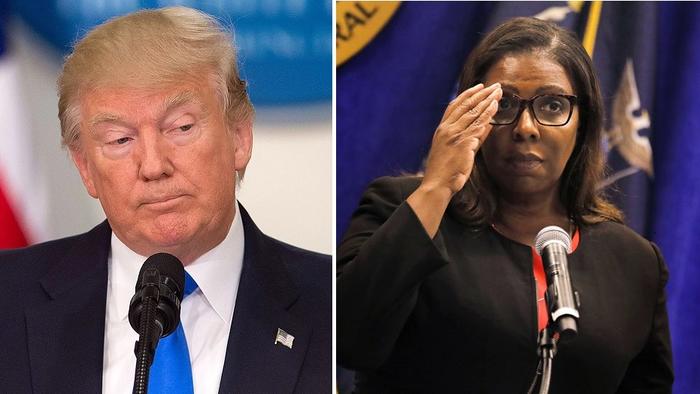