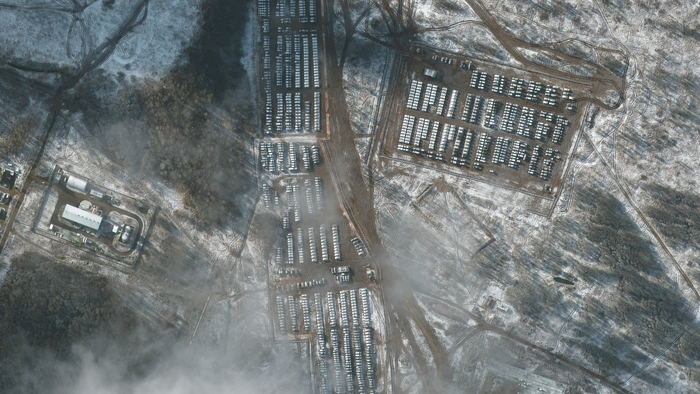 New satellite photos made public by Maxar appear to confirm the large-scale presence of Russian military hardware, including Iskander mobile short-range ballistic missiles, deployed within 200 miles of Ukraine’s border, according to a CBS correspondent. Some pundits are suggesting this as further “proof” of the continued Russian force build-up threatening Ukraine.

It comes as Ukraine’s media and political leaders are claiming “There are 122,000 Russian servicemen deployed at a 200-km distance to the borders of Ukraine, as well as another 143,500 at a distance of 400 km.”

Kiev has charged that the Kremlin is planning to begin offensive operations aimed at annexing pro-Russia areas of Eastern Ukraine sometime in January, which Putin and other top officials have continued to deny, saying that where Russia stations its troops in its own territory shouldn’t be taken as a threat to any neighbor or outside power.

As to the reports of missiles and other major hardware being moved near Ukraine, this is a specific threat the foreign ministry has hinted at in the past few days, explaining that if Brussels and Washington shut the door on dialogue over the recently submitted draft “security proposals” document, then Russia will have no choice but to initiate “military-technical” measures. However, it remains that all of this equipment is still far away from the actual Ukrainian border, very firmly within Russia’s sovereign territory.

But the reality is that pretty much all of Europe is already within range of Russia’s conventional ballistic arsenal anyway, as The Dispatch notes in examining the new security proposals being pitched to NATO:

Article 6 would ban the deployment of intermediate and short-range ballistic missiles by the US in Europe, despite the fact that Russia has already deployed dual-capable SS-26 “Iskander” missiles in Kaliningrad that can reach much of central Europe and has developed intermediate-range missiles that cover large swaths of the continent from the western military district of Russia. Such a self-abnegating undertaking would run the risk of reproducing the missile imbalance that the USSR created in the 1970s that European leaders worried would decouple the defense of Europe from that of the United States and, at the same time, remove whatever incentive Russia might have to reach arms control agreements to limit such missile deployments on their part.

Concerning this draft document which is intended to jumpstart urgent dialogue between Moscow, NATO and the US, Putin on Thursday said there’s been an agreement for both sides to meet in Geneva next month to hammer out an agreement on ‘no further NATO expansion eastward’.

Russia has wrapped up a modernization effort that had only partially begun in 2014.

Moscow could use Iskander missiles to knock out Ukraine’s runways, airports, and fighters on the ground.

And it’s already begun cyberattacks on Ukrainian networks to prepare the battlefield.

However, the White House as of Thursday afternoon is disputing the degree to which there’s been an agreement to meet. Psaki rejected the reports of a firm meeting date in place.

.@MajorCBS presses @PressSec on potential Biden/Putin meeting: Is this Jan. time more likely than not since he aired it publicly?
We have also said that we are looking ahead to talks in early Jan.
Why won’t you confirm it then?
B/c we haven’t finalized the details of them yet. pic.twitter.com/Ydrz492r4p

Meanwhile, Putin during his major end of year Q&A press conference had a severe rebuke for NATO, addressing the issue of reversing course on past promises:

“We are not the ones who are threatening someone. Are we the ones who went there, to the US borders, or to the borders of the United Kingdom or somewhere? They came to us, and now they still say: no, now Ukraine will join NATO as well.”

He described further, “Not a single inch to the East – that’s what we were told in the 90s. So what? Cheated. They just cheated insolently.” He explained: “[There were] five waves of NATO enlargement. And now, please, in Romania, in Poland, there are corresponding [military] systems.” 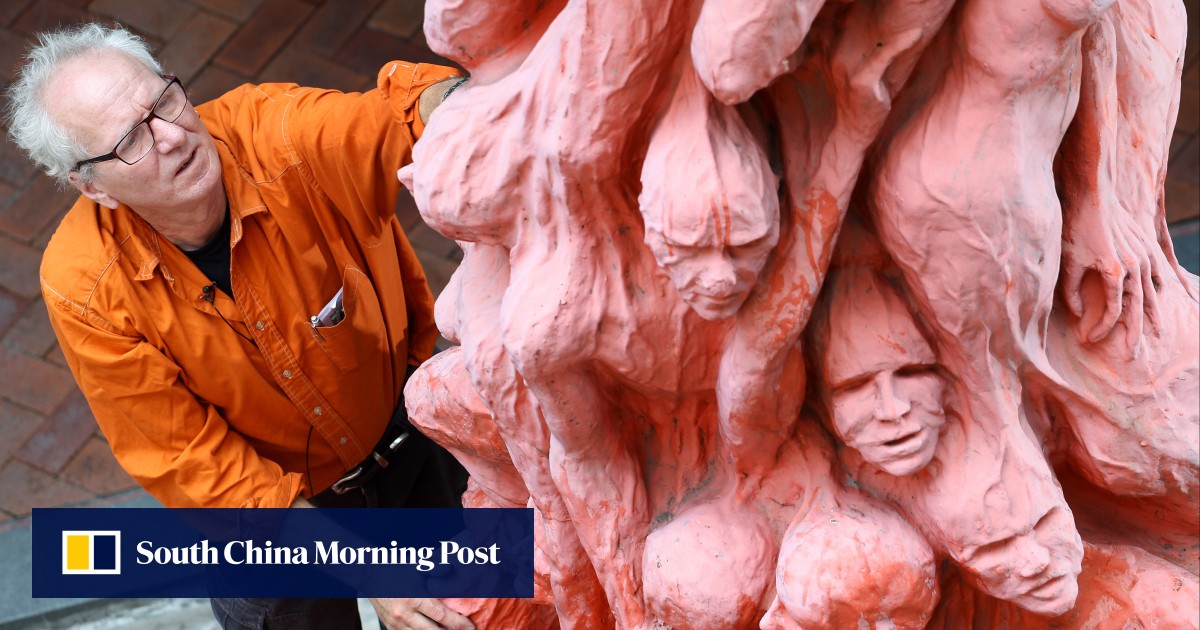