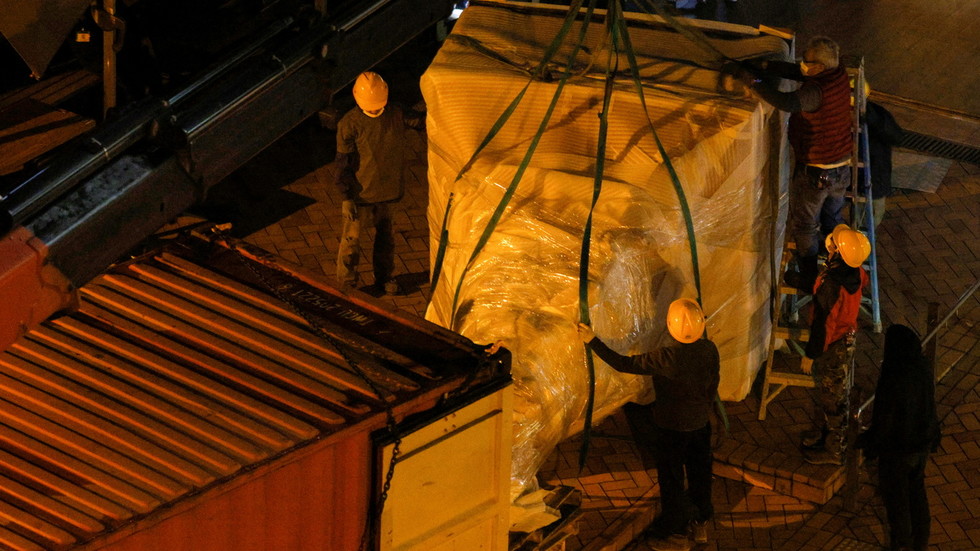 Authorities removed the University of Hong Kong’s ‘Pillar of Shame’ statue late on Wednesday, dismantling one of the few such sites left in China that commemorate an iconic protest, as Beijing extends its influence in the region.

The eight-meter-tall monument at the city-state’s oldest university had depicted a pile of twisted bodies and was the site of multiple vigils in memory of the victims of the infamous crackdown over 30 years ago in Beijing’s Tiananmen Square.

The university had agreed to remove the statue earlier this year “based on the latest risk assessment and legal advice,” adding that officials are “very concerned about the potential safety issues resulting from the fragile statue.”

“The PillarOfShame is removed, while memory lives. We must remember what happened on June 4th, 1989. TiananmenMassacre,” Nathan Law, a Hong Kong pro-democracy activist who fled the region last year, wrote on Twitter.

The statue’s removal comes a year after officials banned activists from holding a vigil at the site, citing concerns about Covid. Regardless, protesters gathered last year in violation of the ban and nine pro-democracy activists have since been sentenced to between six and 10 months in prison for their role in the memorial service.

Maya Wang, a senior researcher at Human Rights Watch, described the situation as evidence of “Beijing’s ever-growing intolerance of dissent in Hong Kong,” claiming that “the Chinese government is rewriting history as part of its broader efforts to dismantle a free society.”

Prior to authorities dismantling it on Wednesday, the sculpture, created by Danish artist Jens Glaschiot, had stood on display at the university for 24 years, after being given as a gift to the Hong Kong alliance, a pro-democracy organization.

The group was disbanded in September 2021 after the implementation of Hong Kong’s national security law saw many pro-democracy figures charged or jailed for their role in protests that rocked the region in 2019.

China has rejected allegations that it is seeking to exert undue influence on Hong Kong, arguing that its actions in the region are simply designed to protect the city-state from external interference by foreign powers. Similarly, Beijing rebuffed criticism over its national security law, stating that the legislation has only targeted a small number of culprits who sought to threaten stability in the region.