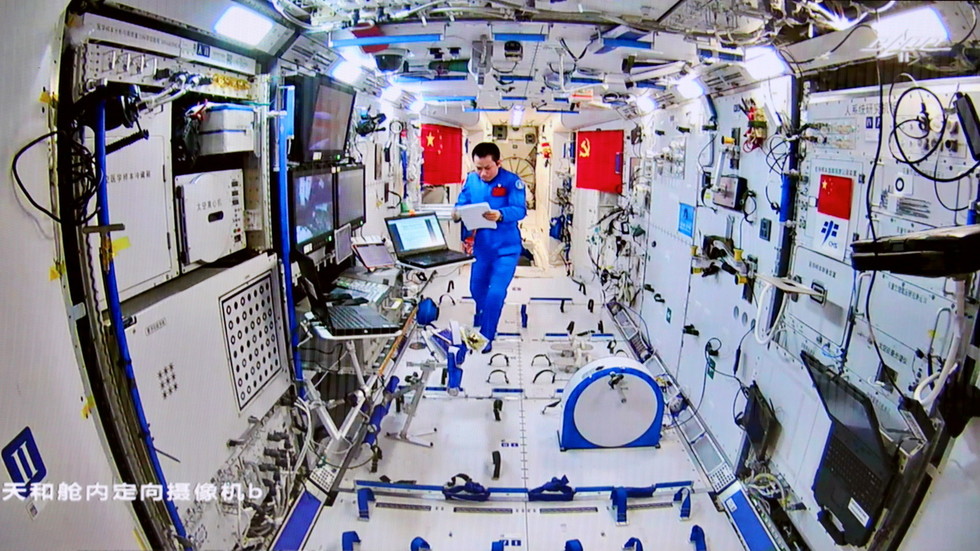 The Chinese government has demanded that US officials act to prevent mishaps in orbit after Elon Musk’s Starlink satellites nearly crashed into Beijing’s new space station. It accuses Washington of recklessness and hypocrisy.

Asked about the near-collisions with the China Space Station (CSS) between July and October, Foreign Ministry spokesman Zhao Lijian confirmed that his country had lodged a formal complaint with the United Nations. He called on the US to take swift action to preempt accidents going forward.

“The US claims to be a strong advocate of the concept of ‘responsible behavior in outer space,’ but it disregarded its treaty obligations and posed a grave threat to the safety of [Chinese] astronauts. This is a typical double standard,” Zhao said during a press conference, referring to the 1967 Outer Space Treaty, which forms the backbone of international law in space.

The spokesman argued that Washington should pursue “prompt measures to prevent such incidents from recurring,” and to “act responsibly to safeguard in-orbit astronauts and the safe and steady operation of space facilities.”

Beijing first announced its complaint to the UN earlier this week, alleging that two of approximately 1,700 Starlink satellites put into orbit by Musk’s aerospace firm had nearly struck the CSS in 2021 on two occasions, forcing the station’s crew to perform an “evasive maneuver” both times. The Chinese UN delegation said the satellites “could constitute a danger to the life or health of astronauts” if they are not kept in check.

While SpaceX claims the devices are outfitted with automated collision avoidance technology and argues that other spacecraft need not move out of their path, those statements have failed to convince the Chinese authorities, who are insisting on better assurances from the firm and its partners in the US government.