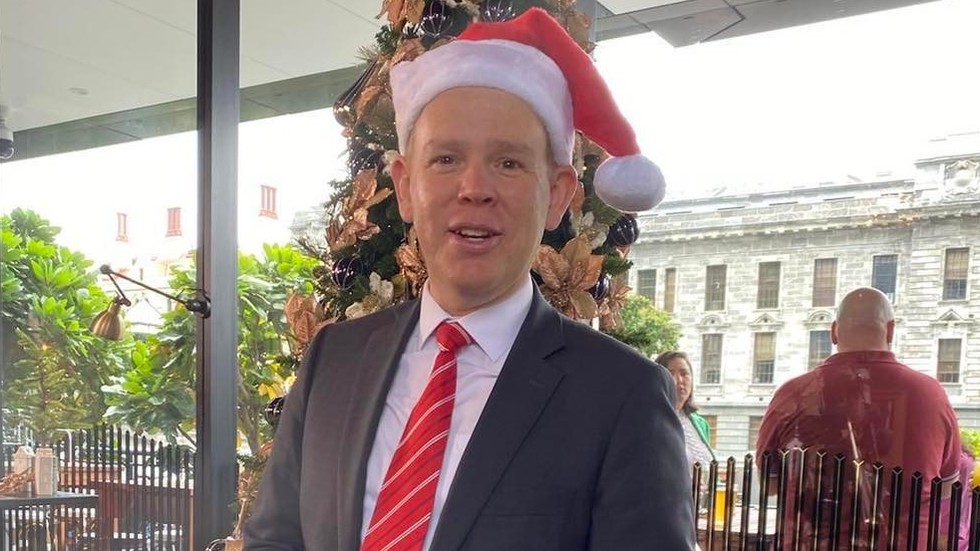 New Zealand’s Covid-19 response minister was late for his press conference, but his mother was there to apologize to journalists for the delay

New Zealand’s Covid-19 Response Minister Chris Hipkins was almost half an hour late for his press-conference on Thursday, but his mom came out to the waiting journalists and apologized for her son.

The media event was held outdoors in a nature reserve some 50 kilometers northwest of Wellington, not far from the place where Hipkins and his family were spending Christmas holidays.

The journalists were already there when the minister’s press secretary told them that Hipkins was running late.

But then the cabinet member’s mother came down the track and also apologized to the media for the inconvenience caused by her son.

“She didn’t need to, but mums will be mums. Such a treat,” Katrina Bennett, of NZME media company, who witnessed the scene, wrote on Twitter.

Nice thing about working at this time of year, is that rather than a horde of political minders at today’s Covid presser, @chrishipkins‘ mum came & apologised to us for her son running late 😂 She didn’t need to, but mums will be mums. Such a treat.

According to Bennett, the woman told them that her 43-year-old son didn’t take his suit with him for the holiday and had to drive back to his home in Upper Hutt in the morning to retrieve it, but got stuck in traffic.

Hipkins eventually made it to the press-conference and was dressed properly, with his much-anticipated arrival – the man approached the media from the bushes – becoming fodder for a bunch of memes on social media.

Is that Big Foot?
No, it’s just Chris Hipkins arriving late from the bush for his presser.

The minister told the journalists that around a hundred people in the country were told to self-isolate due to having contact with an Omicron-positive person.

The carrier was British DJ Dimension, who came to New Zealand to perform at a festival, and started partying before receiving the result of his day-nine coronavirus test in violation of the rules.

Hipkins also assured the media that the government wasn’t considering a lockdown due to the emergence of the more contagious, mutant Covid-19 strain in the country. “At this point there is no case to reinstate any boundaries,” he said.