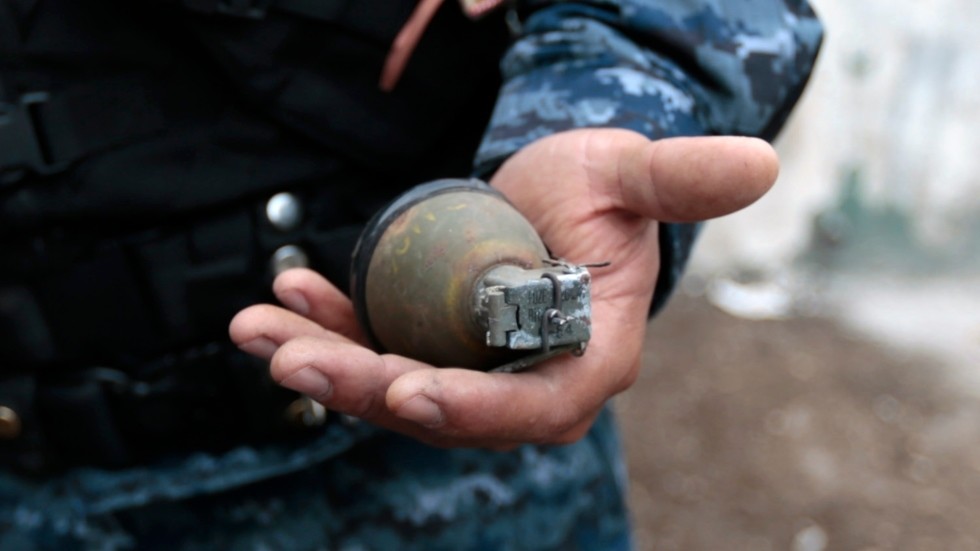 A man with a hand grenade on him was detained by police outside a New Year’s Eve celebrations venue in the center of Bulgaria’s capital Sofia late on Friday after shouting anti-vax slogans.

The troublemaker had been picking on people near Battenberg Square, where a light show dedicated to the arrival of 2022 had been staged, local media reported.

He reportedly encouraged fellow citizens to take their face masks off, reject vaccination, and violate all other government measures to contain the coronavirus pandemic.

Passersby ended up reporting the man to the police, who arrested him and described him as a resident of the southern town of Asenovgrad in his 50s. During a search, they also found a hand grenade in his possession.

A woman who allegedly drove the suspect to Sofia was also detained later on New Year’s Eve night. Two guns were discovered in her car. However, the woman insisted that they were fake, with the items being forwarded to experts for examination.

Bulgaria has one of the lowest vaccination rates in the EU, with only around 28% of the country’s 6.9 million population receiving two shots of the jab so far.