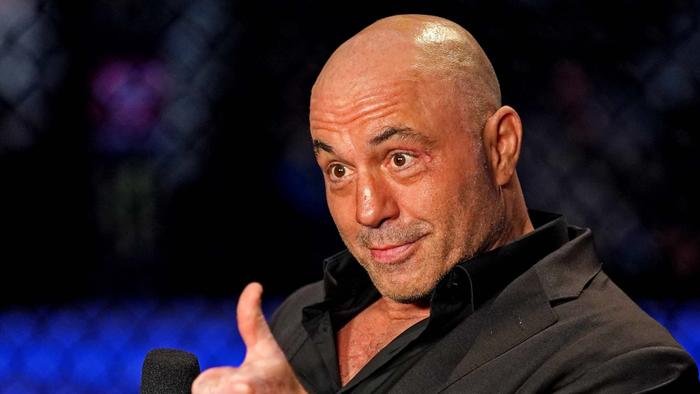 I’m expecting one of the largest mainstream media pivots in history in 2022, catalyzed by capitalism and common sense…

A couple of things all happened together over the last 48 hours.

First, I came up with the idea of writing 100 predictions for the year 2022 – a blog post that I might still wind up finishing at some point. And second, I listened to the Joe Rogan Experience podcast interview of mRNA inventor Dr. Robert Malone, M.D., hours after the doctor was banned from Twitter for having opinions on Covid that stood at odds with the mainstream narrative.

The opinions that Malone echoed during his Rogan appearance included, but were not limited to:

I’m not going to rehash all of the doctor’s points about Covid, but instead will say that I believe he made an extraordinary amount of thoughtful points that the mainstream media and “big tech” are too scared (and/or too stupid) to touch on themselves.

Here’s how it came to be.

When the last hour of the podcast was coming to its conclusion as I was finishing an 8 mile run, a thought dawned on me: this interview with Malone is now officially out there and, no matter how much anyone tries to censor it, it can’t be taken back.

As we all know, nowadays when you make it on JRE, you’ve officially “made it”.

Putting aside the obvious irony of Twitter attempting to ban somebody and the person in question going viral as a result, I also thought about how, despite the fact that Malone’s opinions put him at odds with the mainstream media (who would never dare to have him on), Joe Rogan launched him past the usual media suspects and into the real “mainstream”.

I then thought to myself that in 2022, the mainstream media as we know it today (CNN, MSNBC, ABC, CBS, etc.) is going to be forced to change its narrative on Covid.

The idea of the media being forced to change its tune on Covid is something I touched upon a couple of days ago when I wrote about the Omicron variant and how the media is creating a mass hysteria mountain out of a mole hill.

But after listening to Dr. Robert Malone‘s well reasoned arguments, delivered for three straight hours, concisely and calmly, it became clear to me that the entire mainstream media machine could wind up falling at the hands of content creators like Joe Rogan.

It’s an interesting little piece of game theory, when you think about it.

Rogan generates so many views and has grown so quickly – strictly because he allows open dialogue, civil discourse and approaches things with honest intent – that there is no financial incentive to de-platform him. Ever notice how YouTube apparently had no problem taking down Rogan’s interview with Malone, but hasn’t banned Rogan’s channel from the site yet?

One issue for media and political elites to consider is the fact that Rogan has supporters on both sides of the aisle. These supporters watch him because he routinely touches on topics that are considered faux pas or irreverent. The question of whether or not Rogan’s legacy and impact are here, and are going to remain here, can be answered with a resounding “yes”.

Rogan has thrived, whether intentionally (bringing on people specifically because they are being censored) or unintentionally (shooting the shit with people he finds interesting), from the start, by shining light in the dark areas that the mainstream media refuses to discuss.

It reminds of me the scene in the 1989 version of Batman where Batman tells the Joker, “I’m going to kill you”, to which the Joker retorts:

“You IDIOT! You made me. Remember? You dropped me into that vat of chemicals! That wasn’t easy to get over, and don’t think that I didn’t try!”

And so now, as it stands, knob-heads like Brian Stelter and his merry band of buffoons over at CNN – who spent 2021 attacking Rogan – have little choice but to fall in line behind him.

You see, one of the great things about being the leader in an industry (in this case, media), is that you set the pace, you dictate the tone and you become the bar of expectation for integrity, honesty, open-mindedness, truthful dialogue and creating discussion that benefits the greater good, and not just those who you serve.

Joe Rogan has raised the bar, whether people on the left, on the right, in the media or in politics care, or not.  Not only has Rogan taken the lead by several lengths like Smarty Jones breaking loose around the final turn at the Preakness, he has also inspired and created a whole new crop of content creators that are following his model. In other words, it isn’t just Joe Rogan that the mainstream media is up against, it’s the hundreds, if not thousands, of content creators that are either looking to build media empires themselves, or are simply just inspired by open dialogue, like myself.

In the words of Grace Wheelberg:

I think the result of the seismic shift is going to be several-fold, but the most important revelation I’ve come to is that the mainstream media is losing the fight of its life over the Covid narrative.

If there’s one thing we can agree one, it’s that Covid is a tie that binds all 7 billion people on Planet Earth right now: everybody knows about it, everybody is concerned about it and everybody, to some degree, wants to stay informed about it.

In fact, health officials and the media have made it this way.

What they may not have known they were inadvertently doing, however, was opening up communication veins for people with integrity and honesty like Joe Rogan to dose them with a them with a look at reason and honest inquiry. This, in turn, created a benchmark for the world to compare the mainstream media to, revealing them to be the hysterical, sensational maniacs that they’ve become.

The media has already taken a couple of serious L’s during the Trump Administration. When it came to Donald Trump, they manufactured most of the Russiagate story, they pushed the now-debunked Steele dossier, they covered up the Hunter Biden laptop story leading up to the election and routinely mangled Trump’s words to make it look as though he was an open supporter of white supremacy, despite him actually saying just the opposite.

The media got away with it and always had an audience because half the country hated Donald Trump to begin with. But now, on a global scale, everybody is interested in developments pertaining to Covid and whether we know it or not – and no matter how different our opinions are on Covid – we’re all still unified by the same desires: we all want health, we all want security, we all want to love our families, we all want to be productive members of our community and we all want to live a life with purpose and meaning. Covid has unified us more than we know.

These tenets usurp our political biases, whether we know it or not. They also become vessels for earnest discussion about finding objective truths about Covid that will collectively benefit mankind.

And if you think the numbskulls in the mainstream media had the four dimensional chess skills necessary to see this coming, you’ve obviously never watched Don Lemon’s analysis of…well, anything.

And don’t try to tell me change isn’t being affected already.

Have you seen recent reports about CNN essentially changing its entire programming lineup, likely due to a major ratings collapse?

“CNN is going to revert to a 100% news channel, and a ‘good number’ of CNN‘s’ ‘talent/staff’ will be fired as part of a major shakeup.

Have you seen the rise of sites like Substack, which you are reading this article on right now, because of the censorship that the mainstream media’s narrative has forced onto the populace?

Have you seen the customers and the subscribers willing to pay for content because even if you’re not always right, they know that you have a vested interest in finding the truth and trying to speak about it honestly?

I have. When I started this blog in August, 2021, I didn’t expect anybody would sign up. Much like my podcast, my goal was only to speak openly and honestly about the issues that I thought were important and were not being covered extensively enough. Four years after starting my podcast, I have over more than 5 million listens. Six months after the launch of my blog, I have about 10,000 people on my email list – more than I thought I’d have in 10 years of writing.

Is it because I’m some great thought leader? Hell no. It’s because people are desperate for truth and honesty, and its a perfect example of how powerful the new wave of media is that’s on its way.

Again, I don’t want to harp on the details of Robert Malone’s interview. I encourage you to watch it here.

But what I do want to say is that I’m predicting for 2022 that the media is going to make one of the biggest pivots on any topic it has ever made, on Covid.

“Shouldn’t be a problem,” you’ll think to yourself. “After all, the media follows the truth, so what’s so tough about making a pivot on a story?”

Let’s get real. We all know that the media – both sides of the aisle – hates to correct itself, hates to pivot and hates to do anything but double down on narratives that it is being fed regardless of whether or not they are objectively true.

For 2022, I’m gonna make a bold prediction. The media, and maybe even politicians, are going to start to realize that the narratives that they have been pushing with regard to Covid, lockdowns, vaccinations and our economy are no longer being accepted at face value by their viewers.

The same capitalistic engine keeping Joe Rogan on the air is going to force the change in legacy media.

While they may not correct themselves totally or do a full 180°turn, they will fall in line behind those breaking new ground in the space – content creators like Rogan – and they will start to commit more to reason and less to political narratives.

I feel confident in making this prediction because I’m confident that the survival of many media empires depends on it.

I know a lot of my readers are going to tell me that this is nonsense and that I’ll be eating crow in a year. That’s fine. I won’t be surprised if a major change doesn’t happen, either. But I felt strongly enough about it that I wanted to put it down and timestamp it today.

If not for any other reason, than to start the year with an optimistic outlook that positive change could be on its way.

Today’s blog post was free, because I believe the content to be important enough to not place behind a paywall. If you’d like to support my work and subscribe, however, I’d be happy to offer you 22.20% off a subscription to welcome you to 2022: 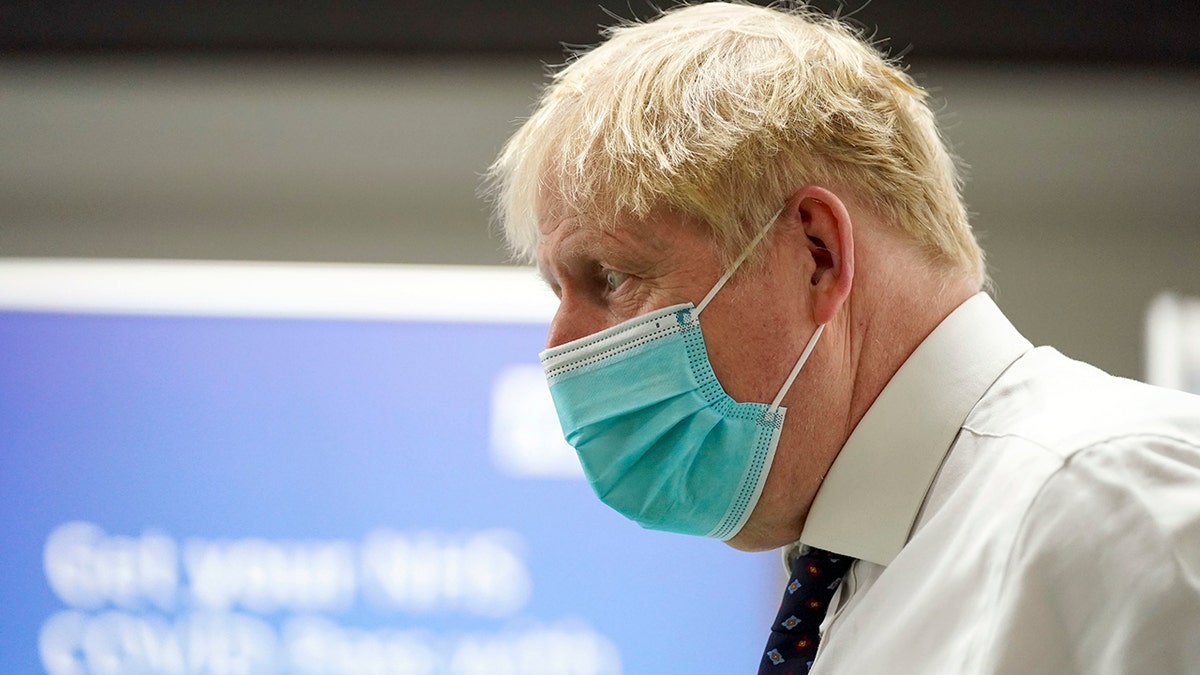 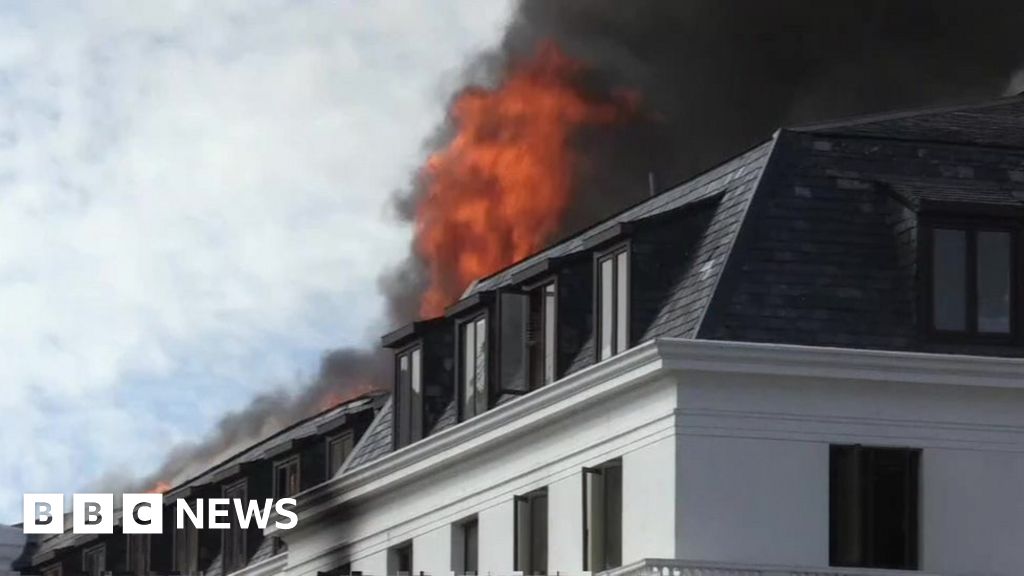