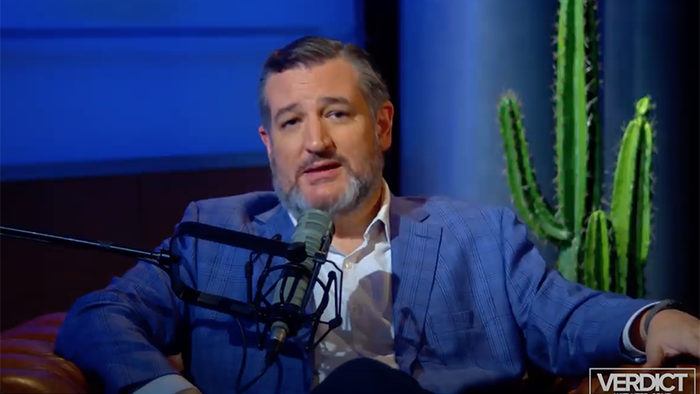 Ted Cruz: GOP May Impeach Biden If They Win Control Of House Again

Texas Senator Ted Cruz announced that he is of the opinion that the Republican party could bring impeachment proceedings against Joe Biden, should the GOP win control of the House again in the mid terms.

During his own Podcast, titled “The Verdict,” Cruz said “I do think there is a chance of that,” reasoning that “Whether it’s justified or not… the Democrats weaponized impeachment.”

Cruz continued, “They used it for partisan purposes to go after Trump because they disagreed with him. And one of the real disadvantages of doing that… is the more you weaponize it and turn it into a partisan cudgel.”

“I said at the time when we had a Democratic president and a Republican House, you can expect an impeachment proceeding. That’s not how impeachment is meant to work, but I think the Democrats crossed that line,” the Senator added.

Expanding on exactly what the GOP would seek to impeach Biden on, Cruz said “I think there are potentially multiple grounds to consider for impeachment.”

“I think there will be enormous pressure on a Republican House to begin impeachment proceedings,” Cruz said, adding “Probably the most compelling is the utter lawlessness is President Biden’s refusal to enforce the border — his decision to just deify immigration laws and allow 2 million people to come in here unimpeded in direct contravention of his obligation under Article 2 of the Constitution to take care that the laws be faithfully executed. That’s probably the strongest grounds right now for impeachment, but there may be others.”

“And because Democrats decided this is just another tool in the partisan war chest, I think there is a real risk that turnabout will be fair play,” Cruz further emphasised.