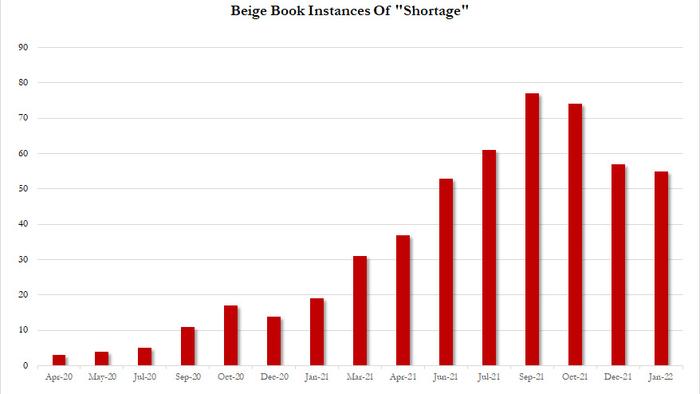 January’s Beige Book was once again headlined by the utterly useless comment that “economic activity across the United States expanded at a modest pace in the final weeks of 2021” that has come to reflect the snoozy name of the report. And while we saw recurring and familiar themes mentioned over and over, including supply chain issues and labor shortages, the report noted some signs of easing inflation perhaps as a result of Omicron (which was mentioned no less than 44 times) began to hit activity.

That said, there were few big picture surprises, with the report noting that growth continued to be constrained by ongoing supply chain disruptions and labor shortages, and despite the modest pace of growth, demand for materials and inputs, and demand for workers, remained elevated among businesses. Lending activity picked up slightly toward the end of the year, led by commercial real estate borrowers. At the same time, consumer spending continued to grow at a steady pace (funded primarily by a surge in credit card spending) ahead of the rapid spread of the Omicron COVID-19 variant. Perhaps the best news is that after peaking in September, mentions of “shortages” have dropped for the 3rd consecutive month to levels from last June.

And now the not so good news: most Districts noted a sudden pull back in leisure travel, hotel occupancy and patronage at restaurants as the number of new cases rose in recent weeks. Although optimism remained high generally, several Districts cited reports from businesses that expectations for growth over the next several months cooled somewhat during the last few weeks. The manufacturing sector continued to expand nationally, with some regional differences in the pace of growth. Overall activity in the transportation sector expanded at a moderate pace. While farm incomes were elevated throughout 2021, agricultural conditions were marred by drought conditions across several Districts.

Some more details from the report:

Finally, here is a snapshot of business activity by Fed district: 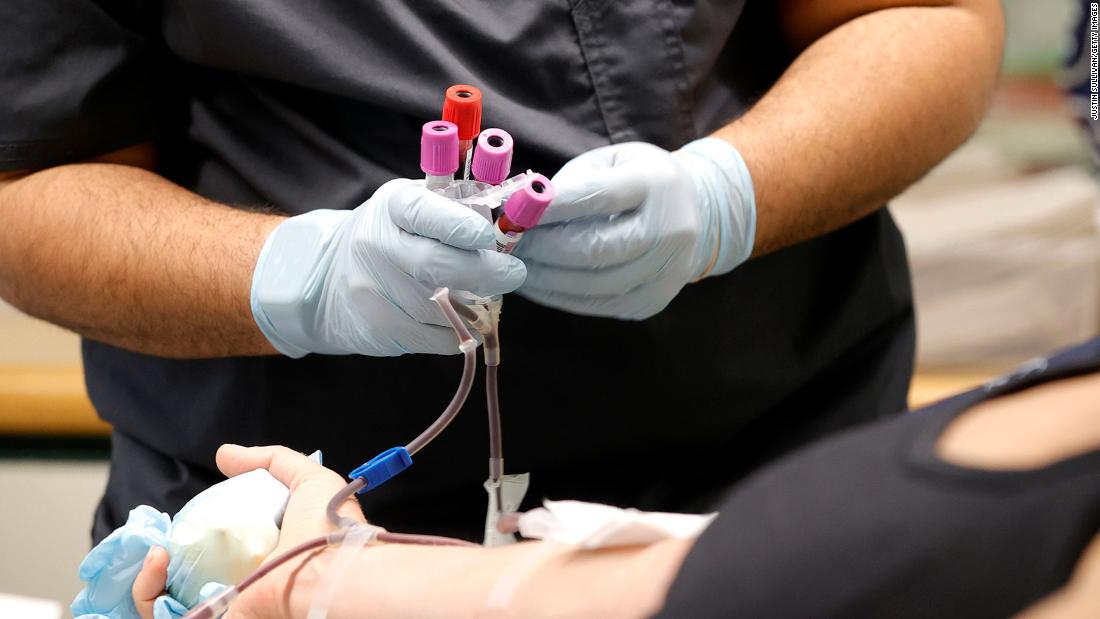 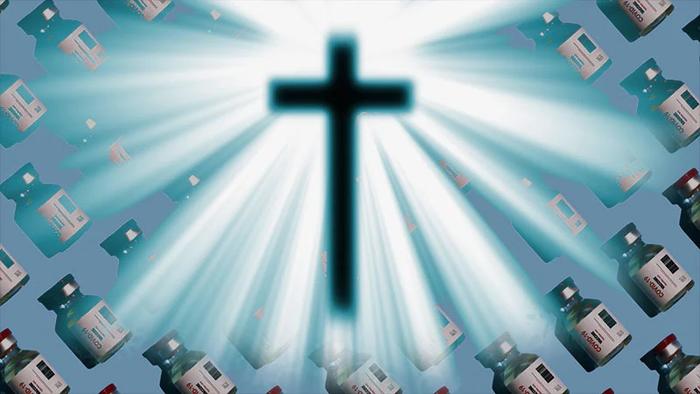