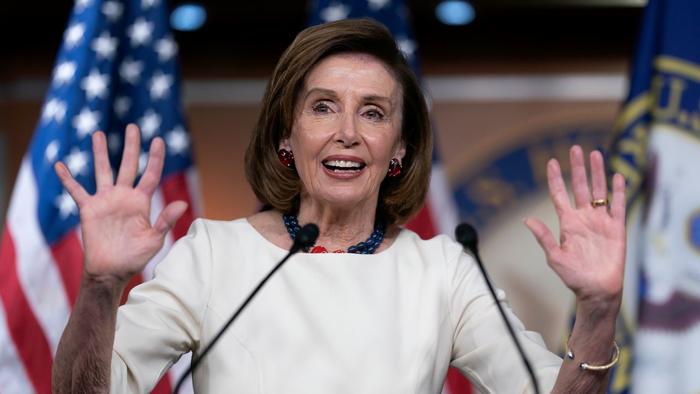 The Progressive Logic Of ‘Build Back Better’… And Its Dangers

Authored by Charles Lipson via RealClearPolitics.com,

“Build Back Better” is far more consequential than the earlier COVID relief packages. That’s why Democrats are so angry at those who blocked its passage and so determined to push it forward.

Why is BBB more important than the COVID legislation? Because pandemic relief was essentially a massive stimulus program, with the usual smorgasbord of treats for favored groups, but little more than that. Although BBB is also a massive stimulus, its real importance lies in the permanent entitlement programs it would launch, everything from universal pre-K and Medicare expansion to mandated paid leave from private employers.

Those are major building blocks in the Democrats’ long-term plan to construct a full-fledged social-welfare state along European lines. Achieving that ambitious, transformational goal — while making irreversible changes in how America governs itself — is why the party is fighting so hard and why the left is so furious about the Senate stalemate, personified by West Virginia’s Joe Manchin, a Democrat who refuses to go along, either to pass the bill or eliminate the filibuster to pass President Biden’s non-budget initiatives.

Enacting these massive, new entitlements is one reason the House bill is rightly called “progressive.” The second, equally important reason is that nearly all Democrats, except Manchin and his Arizona colleague Kyrsten Sinema, are willing to break the Senate’s longstanding rules and procedures to achieve their desired outcome. This determination to override traditional governing procedures and the institutions that embody them has been a hallmark of capital-P Progressivism since Robert “Fighting Bob” La Follette came roaring into the Senate in 1906.

By 1912, Theodore Roosevelt was running for president as the Progressive Party nominee. Woodrow Wilson, the man who gained the Oval Office by TR’s third-party candidacy, had embraced progressivism while a professor (and later college president) at Princeton. Wilson and progressive public intellectuals such as Herbert Croly explained their rationale far more candidly than their political descendants do. The Constitution, they rightly noted, encumbered our national government with its enumerated powers, decentralized federalism, multiple veto points for any new policies, and strong protections for private property, contracts, and minority-party rights. Progressives argued that those restraints may have been fine for the 18th and 19th centuries but not for the 20th, which needed a far more active state.

Although 21st century progressives are uncomfortably standing in Woodrow Wilson’s shadow on account of his racial policies, their basic contention is the same: The “old” Constitution is outmoded. Its restrictions stand in the way of a more powerful, activist, centralized government.

Creating that government is what progressive legal scholars mean when they advocate for  a “living Constitution,” which achieves desired outcomes by ignoring restraints in the “old Constitution.” They have largely succeeded. Progressives have gradually remodeled America’s government, beginning with Franklin D. Roosevelt’s New Deal. During FDR’s first term in the White House, the Supreme Court ruled that most of those programs violated the Constitution. Roosevelt found that intolerable and on the heels of his 1936 landslide reelection, threatened to expand the court and pack it with pro-New Deal justices. The blowback caused FDR to retreat, but the mere threat helped achieved his desired results. Sitting justices began approving his programs or retiring, replaced by FDR’s nominees. It proved to be an inflection point for the high court and for American government. Since then, the Supreme Court has successively loosened the old Constitutional restrictions and approved major accretions to centralized power, much of it located in Washington bureaucracies. Whether the current court, with its conservative majority, will continue to do so is one reason nominations are now so hotly contested. The fight is over fundamental issues.

Washington’s centralized power, substantially engorged by Lyndon Johnson’s Great Society, is how America is governed today, less by statutes and more by executive diktat and bureaucratic rules, which are enforced and adjudicated mainly by the very agencies that promulgate them. Congress now sees its role mainly as overseeing those agencies. It’s not very good at it.

This centralized administrative state with its expansive powers is why Washington bureaucracies presume they have the authority to require private businesses with over 100 employees to fire workers who refuse COVID vaccinations. It is why the Department of Education can demand private universities comply with a vast range of federal rules and regulations if any of their students or faculty receive federal loans or grants (as all universities do, except Hillsdale). It is why Washington bureaucrats can tell K-12 schools what kind of lunches to serve, a task once handled solely by local school boards and seized from them without any congressional debate.

Washington money means Washington rules. Those regulations go well beyond statutory laws or constitutional protections against discrimination. They have suppressed the Constitution’s basic federal structure and gradually erased the line between “public” and “private” enterprises. This web of centralized control and bureaucratic rules has “progressively” usurped control over most aspects of American public and private life, making civil society subordinate to the administrative state.

Expanding this centralized state and endowing it with still more cradle-to-grave programs is the main aim of Build Back Better. Achieving that won’t be easy because the Democrats didn’t run on that platform and didn’t win enough votes to enact it. Joe Biden won mainly because he wasn’t Donald Trump, because he promised to return the country to normality after four turbulent years and outlined a vague center-left agenda to do it.

Those promises went out the window after Biden took office. The window opened wider when Democrats captured Georgia’s two Senate seats in runoff elections. Those victories in early January cost the Republicans control of the upper chamber. Since Democrats already controlled the House, just barely, they now held both branches of Congress, as well as the White House. Only the Supreme Court was beyond their grasp, and they are threatening to take it, too, by going where even Franklin Roosevelt dared not tread. Nonetheless, the Georgia victories gave the incoming Biden team an opportunity, and they seized it. They opted, in their words, to “fundamentally transform America.” What they failed to acknowledge was that Biden was in a far weaker position to do that than Roosevelt in 1936 or Johnson in 1964. Those presidents carried overwhelming majorities into the White House and Congress. Biden did not. His position was weak at the beginning and has gone downhill ever since.

It’s not surprising, then, that the White House has such trouble passing Build Back Better. What’s seems odd is that Biden has refused to change course. He is still hellbent on passing an ambitious, left-wing agenda. The budgetary elements can pass the Senate with a simple majority under budget reconciliation rules. But that requires the support of all 50 Democrats since Republicans are united in opposition. Vice President Kamala Harris could then break the 50-50 tie and pass the gargantuan bill.

But Joe Manchin has proved an immovable object, objecting to the legislation’s accounting tricks, the massive deficit it creates, and the fuel it pours onto an overheated economy. Since Biden won less than 30% of the West Virginia vote while losing every single county in the state, he has no leverage over the only Democrat in the state’s congressional delegation.

Budget reconciliation rules don’t cover all of Biden’s proposals. These additional proposals could be blocked by filibuster, unless the filibuster itself were eliminated. That could be done by a simple majority vote, but it would fundamentally change the Senate by ending its traditional protections for the minority party. That’s why then-Majority Leader Mitch McConnell refused President Trump’s demand to do it. That’s why Democratic Sens. Manchin and Sinema refuse to change the rules now, despite pressure from Majority Leader Chuck Schumer.

The debate over the filibuster rule has received a lot of attention, and properly so. So has the flip-flop by Democrats who stoutly defended the rule when they were in the minority. But the real issue here is not Schumer’s blatant hypocrisy. The deeper issue — one that has largely been missed — is how the effort to overturn Senate rules and pass BBB fits so neatly into the larger sweep of progressive politics. That’s not just because Democrats want to permanently expand the social-welfare state and “fundamentally transform America.” It’s also because they are willing to smash venerable institutions and procedural safeguards to do it. The same logic applies to their effort to nationalize election laws. That, too, is probably doomed because of the filibuster. If it did pass, it’s also likely that the Supreme Court would strike it down because the Constitution specifically delegates election lawmaking to state legislatures, with national courts stepping in only to protect individual rights.

The latest initiatives by Biden, Schumer, and Nancy Pelosi may fail, but they won’t be the progressives’ last hurrah. They’ve been winning for over eight decades and came within two Senate votes of winning this time. They’ll keep trying until voters send them a clear message that the administrative state is already too big, too intrusive, too far removed from control by citizens’ elected representatives. Its continued growth and unchecked power threatens our oldest institutions, our freedoms, and our liberty under law. The voters’ message must be unambiguous: Stop trying to fundamentally transform America. We never asked for it, we don’t want it, and we never gave you permission. 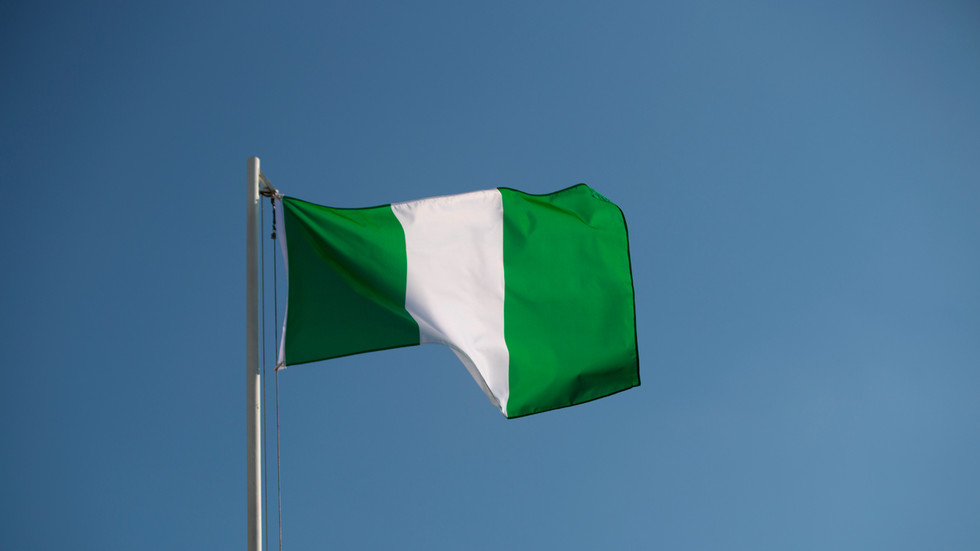