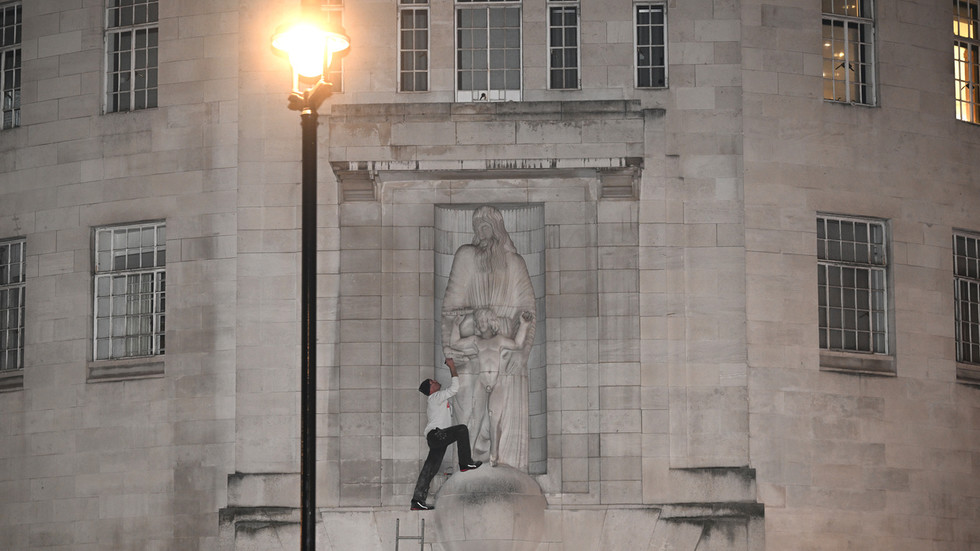 A sculpture by British artist Eric Gill perched on the facade of the BBC’s Broadcasting House has been attacked by a hammer-wielding man. Beyond his art, Gill became posthumously infamous for sexually abusing his children and dog.

A man climbed a ladder to access the statue, depicting the Shakespearean characters Prospero and Ariel, on the second floor of the British broadcaster’s headquarters on Wednesday. While a growing audience watched from below, he removed a hammer from his bag and chipped pieces off the statue, also writing messages like “time to go was 1989” and “noose all peados [sic]” on the building.

Outside BBC right now a man is trying to smash up Eric Gill statue while another man live streams talking about paedophiles. Gill’s horrific crimes are well known. But is this the way? pic.twitter.com/IzFUBIJfwT

BBC reporter Katie Razzall captured video of the stunt, questioning whether attacking the sculpture was the right way to respond to Gill’s “well known” crimes. Police and paramedics were called to the scene around 4:15pm local time and attempted to lure the apparent protester down from the ledge.

While Gill, a prolific artist, sculptor and typeface designer, was beloved and thoroughly respected as an artist in his day, a 1989 biography written nearly 50 years after his death revealed he had sexually abused his older daughters and even his dog, in addition to having an incestuous affair with at least one of his sisters that apparently lasted most of his life.

The revelation left his reputation in tatters, though many continue to defend his work on a purely artistic basis.

Sculptures like his ‘Stations of the Cross’ in Westminster Cathedral survived efforts at removal, including a 1998 campaign by Margaret Kennedy of the Ministers and Clergy Sexual Abuse Survivors activist group. At the time, Kennedy denounced the sculptures, stating the “very hands that carved the Stations were the hands that abused.” Gill’s work also includes a number of religious pieces.

While there have been calls for the BBC to remove the statue, the broadcaster has so far declined to do so.

The attack on Gill’s statue came just a week after four protesters were acquitted of criminal damage for pulling down a statue of 17th-century slave trader Edward Colston that used to be located in southwest England. The activists toppled the statue and rolled it into a river in Bristol during a wave of Black Lives Matter protests in June 2020. While they admitted to tearing down the statue, they argued their actions were not criminal because the statue was “grossly offensive” and constituted a “hate crime.” 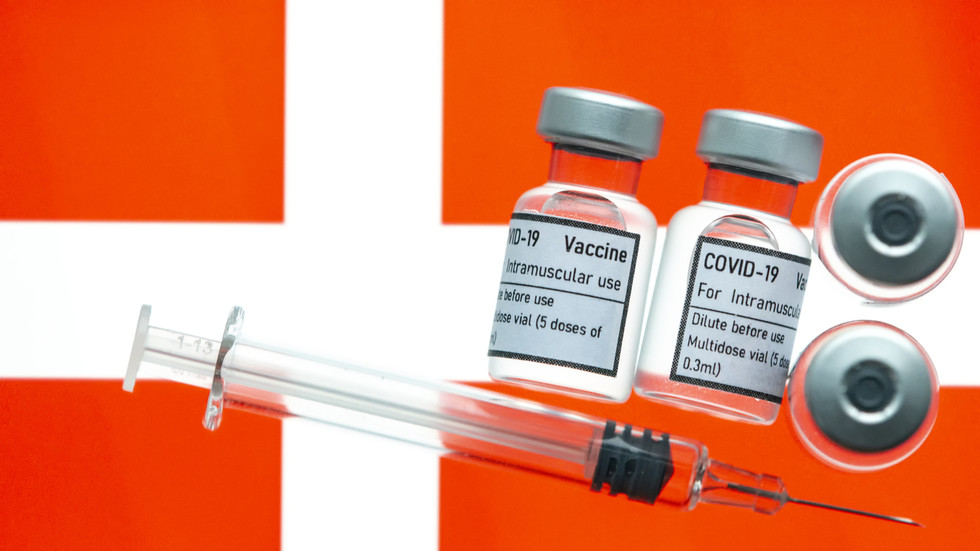